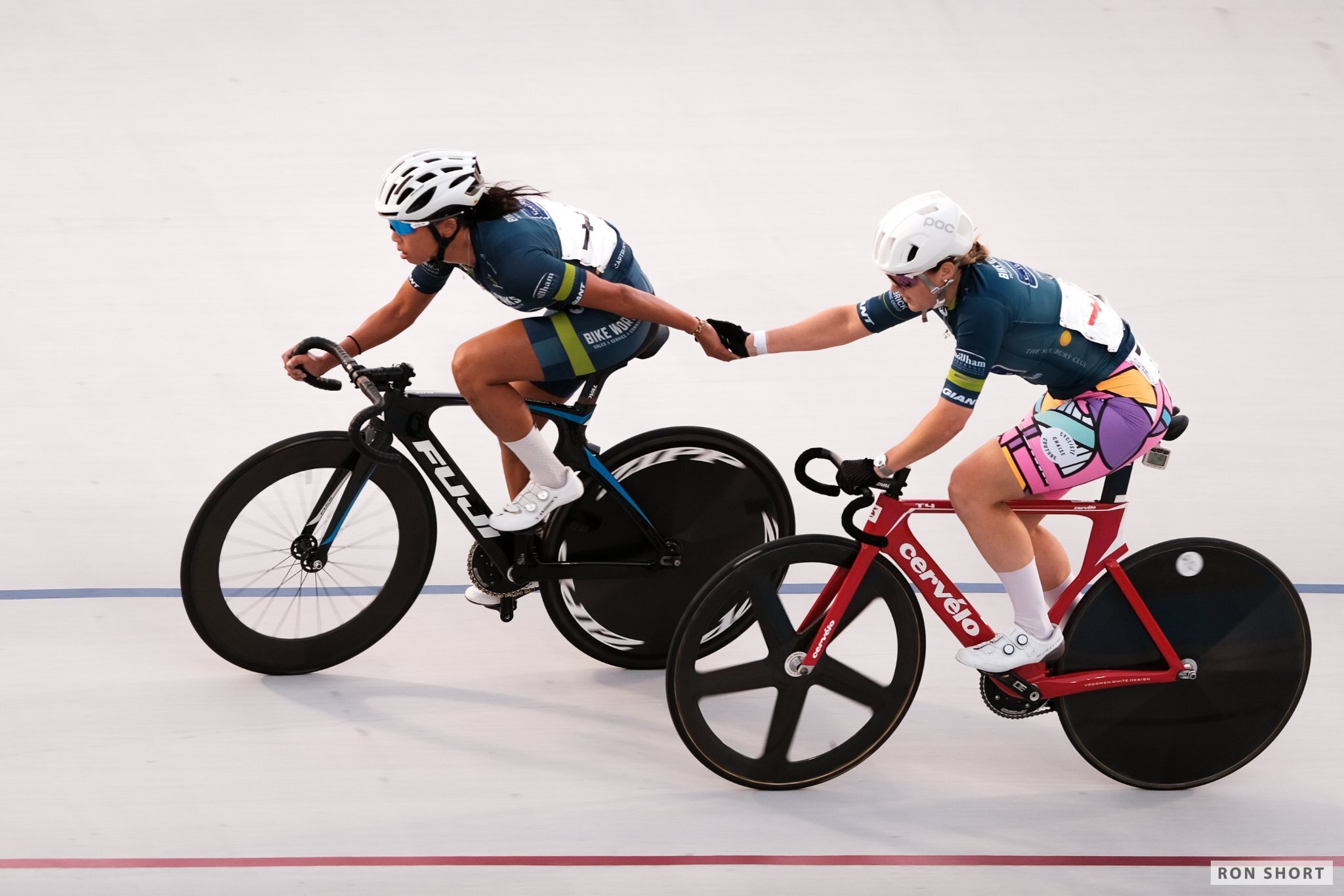 The 2022 track cycling season at the Valley Preferred Cycling Center concluded on Friday with the annual Robert Rodale Challenge Madison Cup. This discipline in track cycling takes its name from the turn-of-the-last-century when bicycle racing was our nation's dominant popular sport. At that time, spectators flocked to venues like New York's Madison Square Garden to watch cyclists compete for six consecutive days to see which rider could cover the most distance. Carnage ensued and the New York and Illinois legislatures banned the "sixes" in 1898. In an effort to circumvent the laws, the competition was changed to teams of two cyclists. One would race, while one would rest. While the racers no longer span six days, the Madison (or à l'américaine in French) discipline has evolved to teams of two, one racing and one resting, and exchanging roles by hand-slinging the other back into the race. 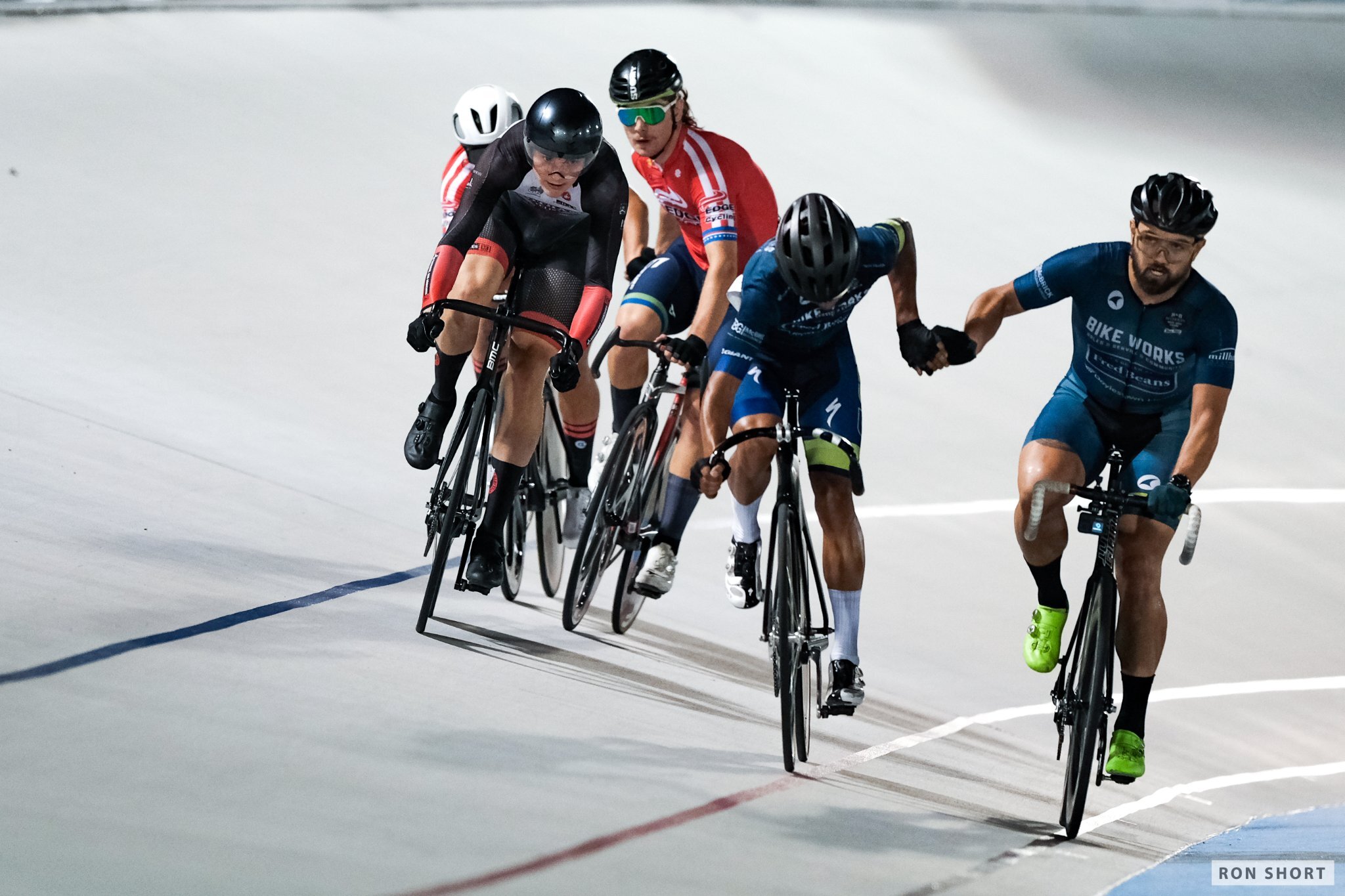 Jessica Chong (Lehigh Valley) competed in the women's competition with veteran cycling champion Kimberly Zubris, while Andrew Dudle (Emmaus) competed in the men's competition with teammate Daniyal Matthews of Capetown, South Africa. In order to win the Madison Challenge Cup, teams acquire points in a number of different Madison races: a 2.5 lap "flying" race, a 7-10 kilometer "scratch" race, a "flying mile" race, an elimination race, and finally (the highlight of the evening) a Madison chase race in which the women race 15 km and the men race 20 km. Yes, we understand that track cycling terms can be a bit esoteric and you can find an in depth explanation here. 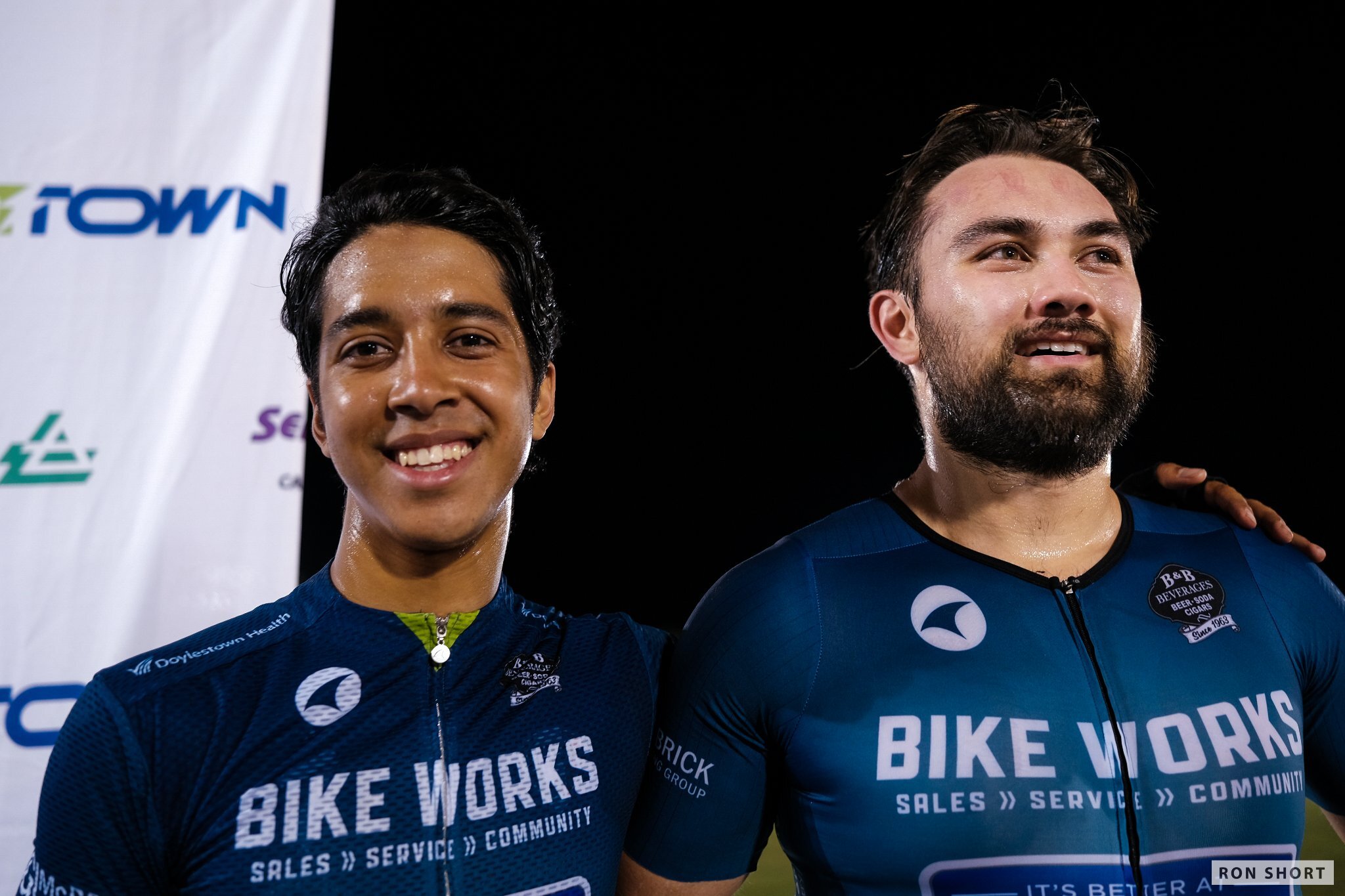 Andrew and Daniyal raced to a third place finish overall in the men's competition. For Andrew the event capped a long season as our elite men's track specialist, in which he represented our team in UCI international, USA Cycling National Championship, and T-Town Friday night competition, and we couldn't be prouder to have him representing us at America's pre-eminent track cycling venue. 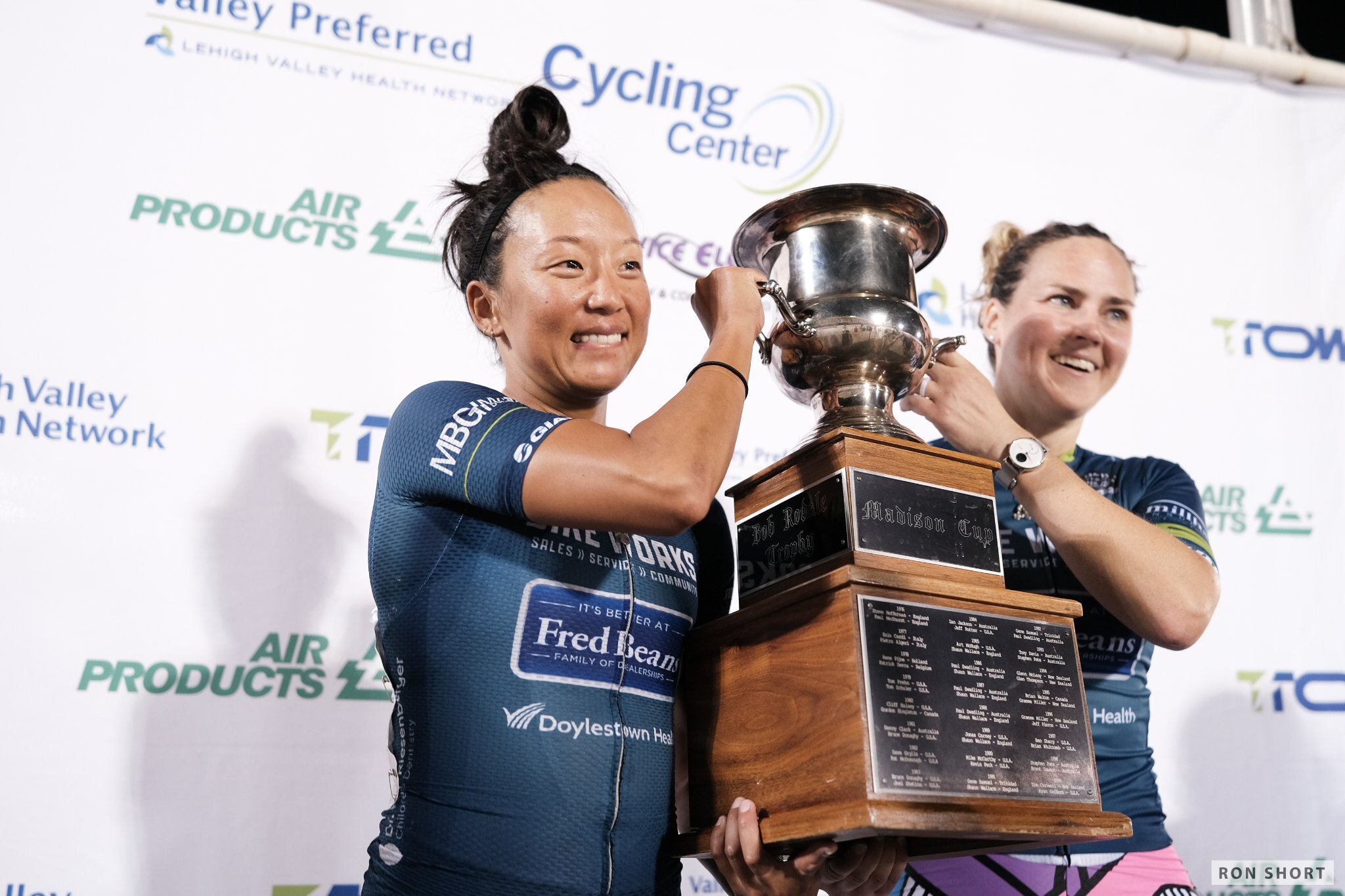 Jessica Chong and Kim Zubris did one better and went ahead and won the women's 2022 Robert Rodale Challenge Madison Cup. Chonger concluded a very successful 2022 track cycling season that in addition to the Madison Cup, included a USA Cycling National Championship in Team Pursuit. We're so proud to have her represent our team at T-Town and send our congratulations on an amazing season. 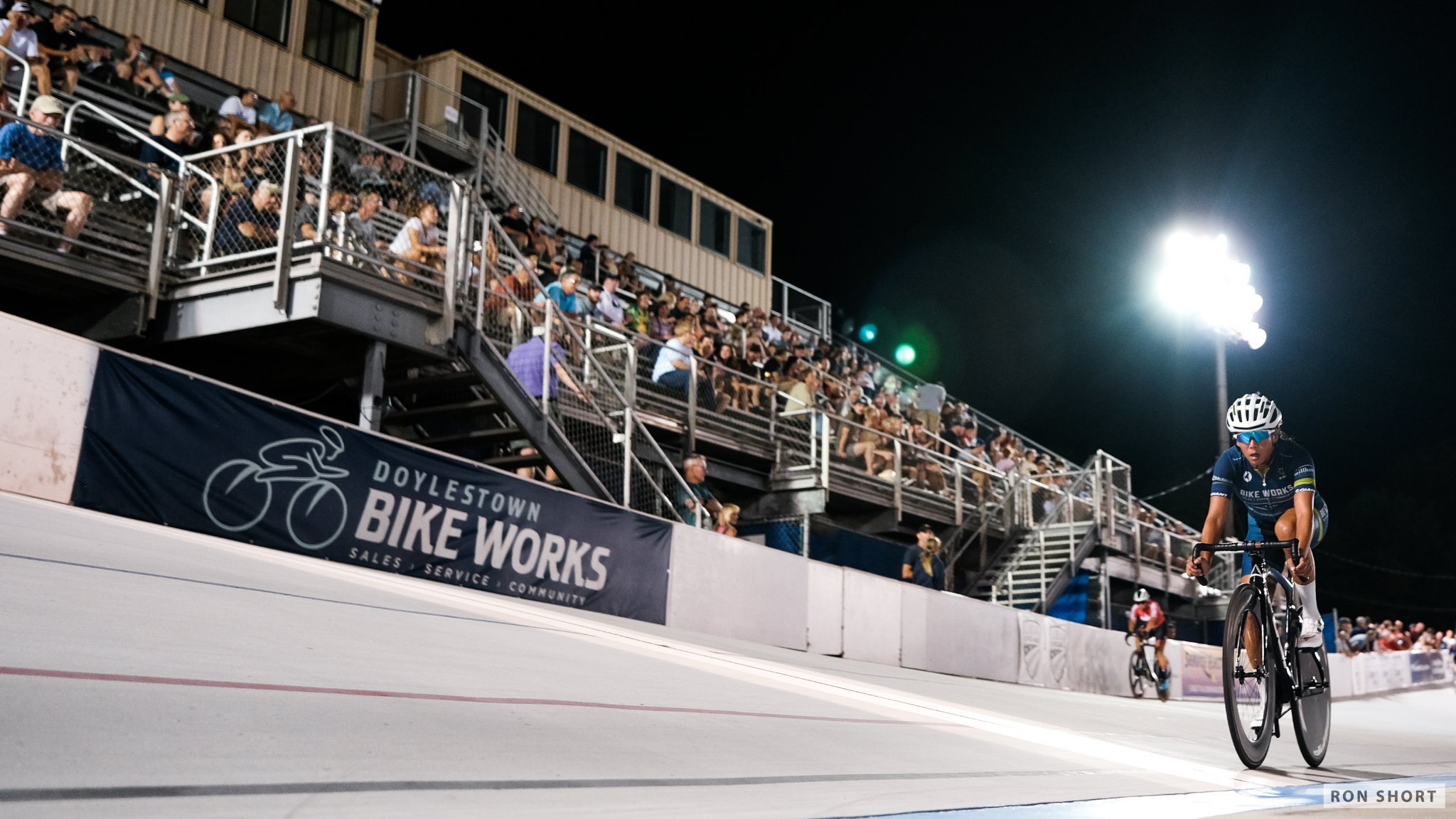