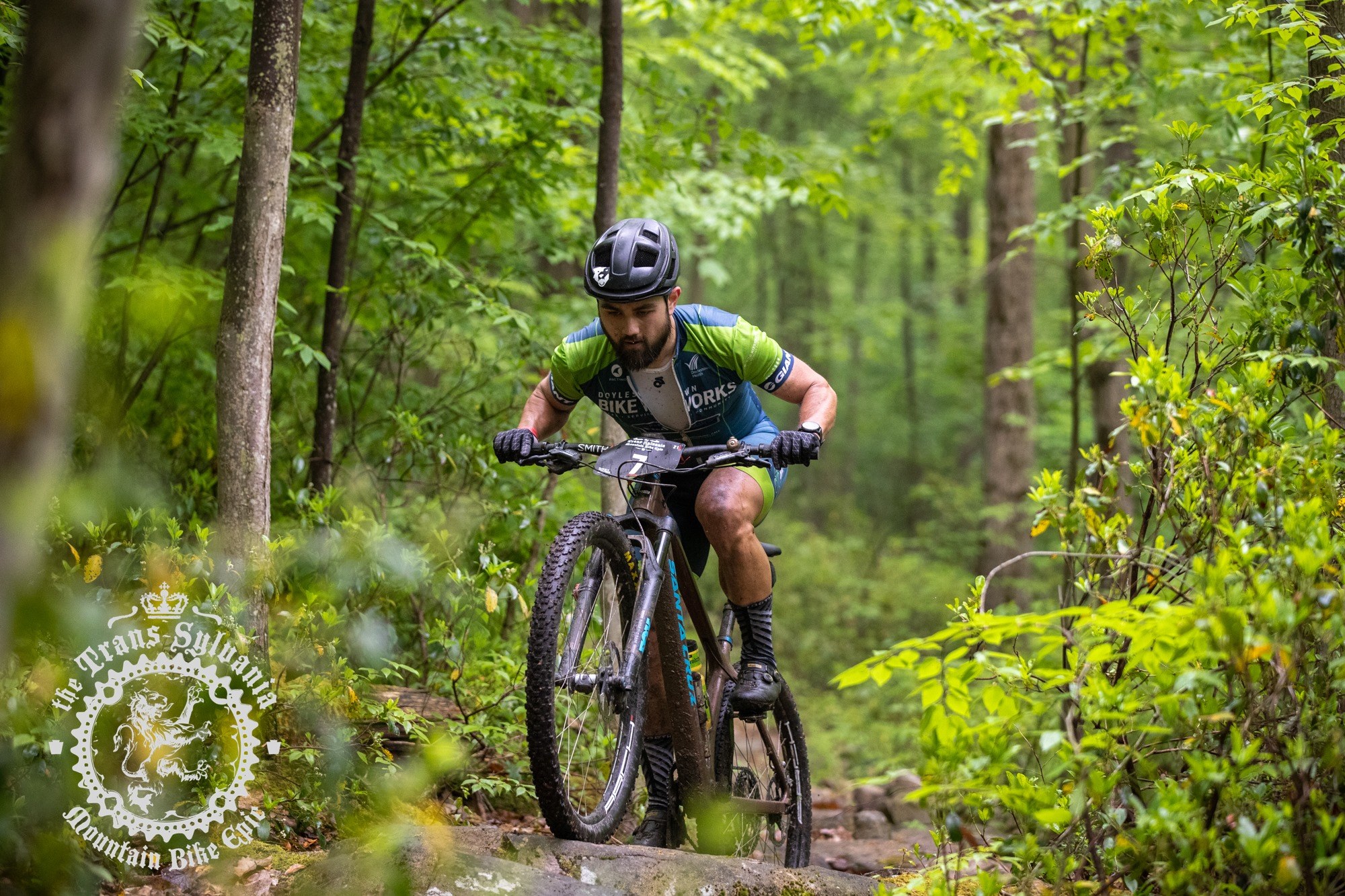 We first knew Andy Dudle as a mountain bike racer who'd just graduated from Penn State University with honed his skills on the roots, rocks and rattlesnakes of Rothrock State Forest in Central Pennsylvania. Folks go on-and-on about other places, but the initiated know that Rothrock is among the wildest, hardest, and most beautiful places to ride trail in the East. When Andy joined our elite team in 2018 he'd transformed himself into a powerful, road-racing sprinter. Prior to the 2020 non-season we challenged our racers to think a little bigger and challenge themselves to do epic things in all disciplines of cycling and Andy mentioned that he'd like to return to the trail and take on some mountain bike racing events. Number one on his list was the Transylvania Mountain Bike Epic (May 25-29) which includes 150 miles and 15000+ vertical feet of climbing on the rockiest trails in Rothrock and Bald Eagle State Forests. 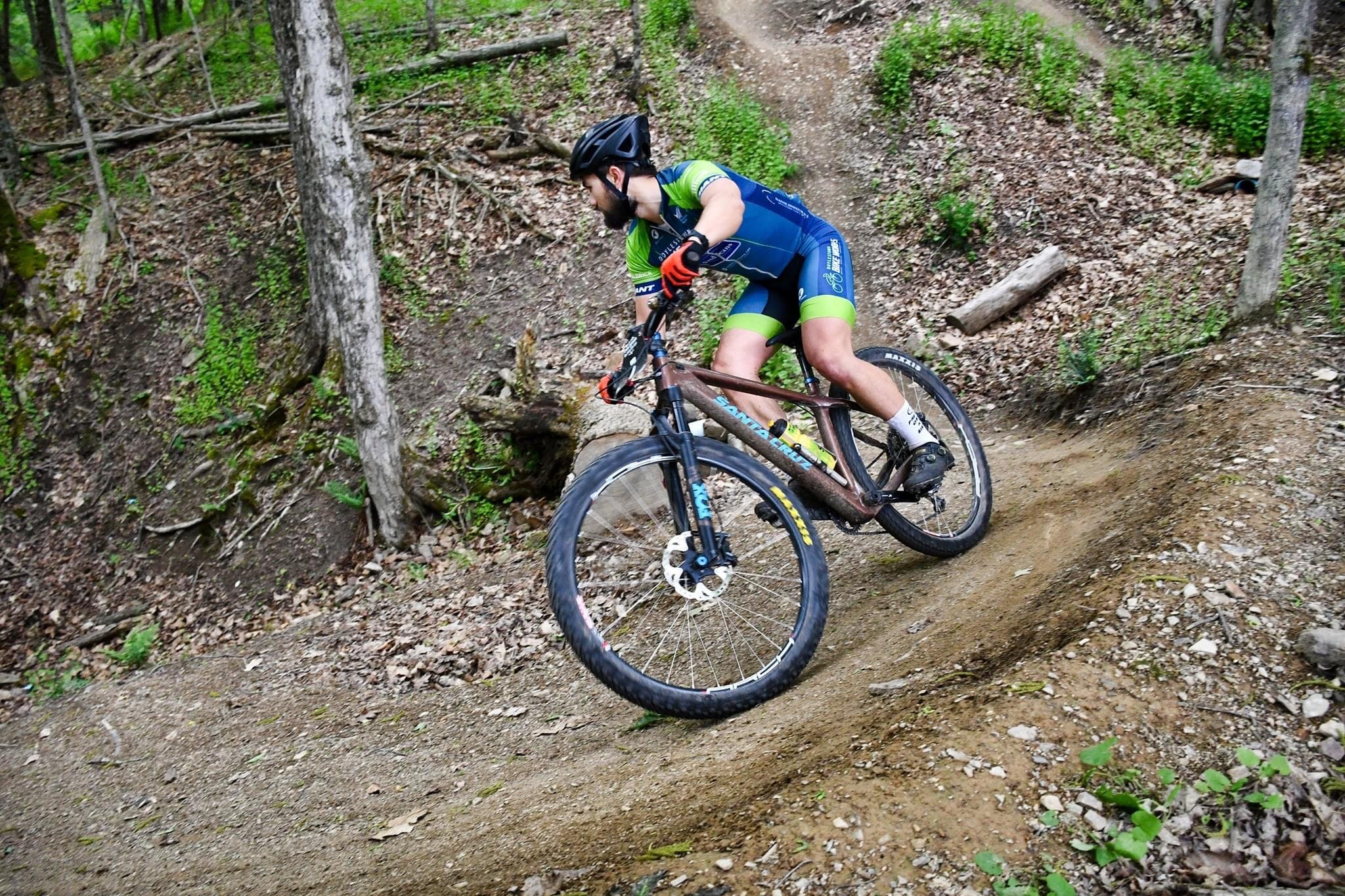 Andy's summary of TSE: "This has been on the bucket list for a while. With the lull in road racing this spring and a new Santa Cruz Chameleon, this would be the year I finally did it. Not really knowing the majority of the competition, I really didn’t have huge expectations going in. I’ve never done a 5-Day mountain bike stage race, but I’ve done road bike stage races, a 10-day criterium road bike series, and lots of mountain bike races. I finished Stage 1 (the 31.7 mile, 3000+ vertical feet, gravel road heavy day at Poe Paddy State Park) in 9th place and a bit surprised/happy. After that my goal to was the finish with a top 10 in the General Classification (overall standings). Stage 2 at Cooper's Gap in Rothrock State Forest was death. Hot, hike a bike, gnarly downhills, and subsequently gnarly uphills (4500 ft of climbing in 34 miles). I cracked hard. Stage 3 at R.B. Winter State Park and Bald Eagle State Park was a 30.3 mile, 2600 vertical feet “recovery” day. Still pretty hard. Stage 4 was 31.9 miles/3300 vertical feet at 'Tussey Ridge' in Rothrock State Park and everything went right. Lots of familiar trails. Cleaned the ridge and felt great all day. I even attacked and gained some time. Stage 5 (18.2 miles/1800 vertical feet) at Bald Eagle State Forest was a balmy 45 degrees and raining. Lots of confusion with course markings, and timing was a bit hectic. I was lucky to not have a single mechanical (Editorial note: great job Egil on that wheel build) over those 5 days and only 1 little crash. Overall, I was very consistent, I finished 9th, 10th, 11th, 9th and 8th. Unfortunately, I missed the top 10 by 2 minutes, and finished in 11th overall. Glad I made it through the entire race with good spirits and hopefully some extra fitness. It was nice seeing some familiar faces and meeting some new ones. Maybe now people will stop heckling 'ride it roadie' whenever I’m seen it racing on dirt." (Editorial Note: Those people are nuts, if Andy ever decided to go full mountain bike -- look out). You can get a little glimpse of the TSE in the video below!