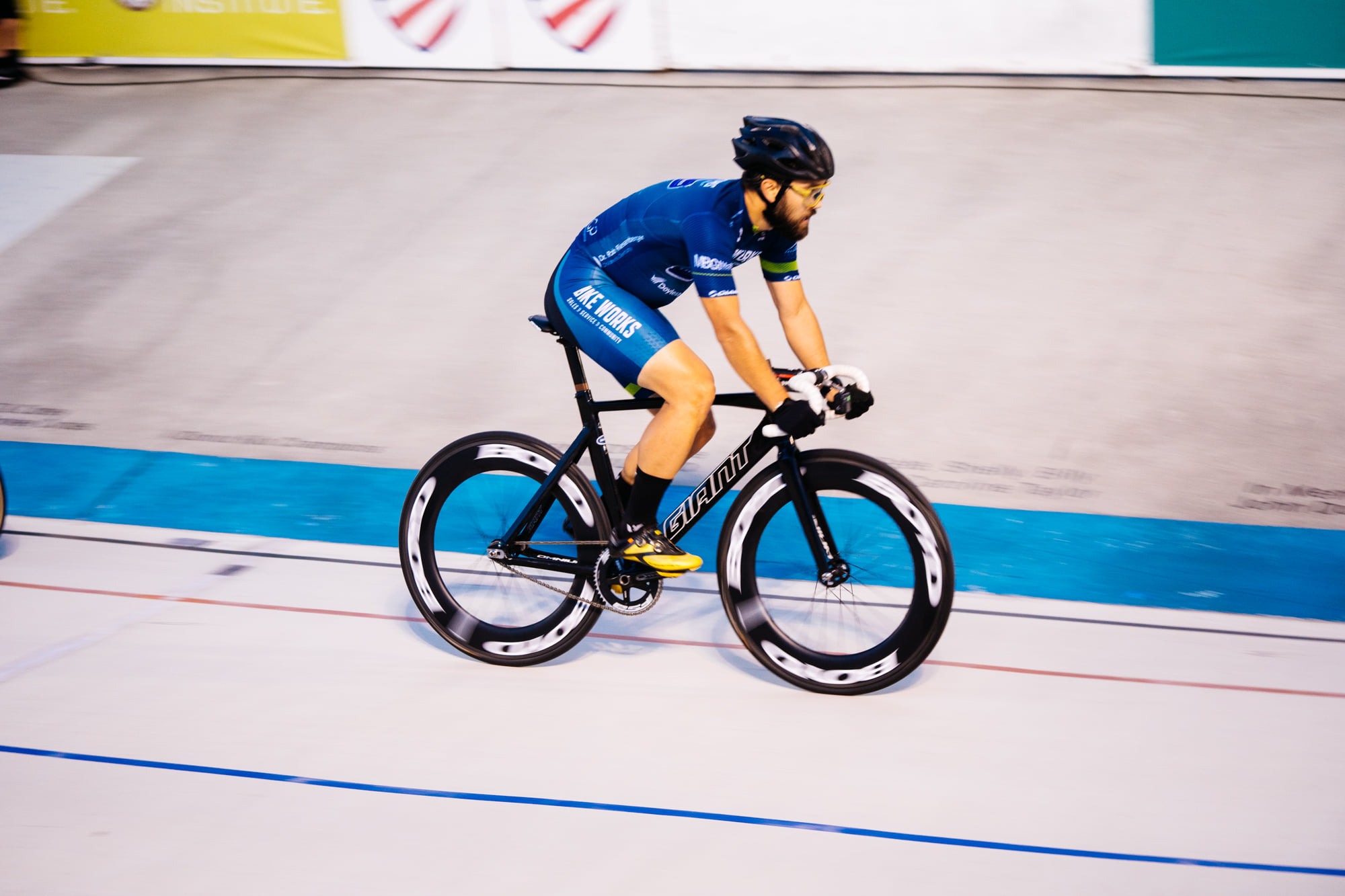 Andy Dudle on the prowl at the 2021 Keirin Revenge at T-Town. Photo: Trevor Raab

This past Friday night, Jessica Chong and Andrew Dudle led their respective teams to the top step for the Keirin Revenge feature event at the Valley Preferred Cycling Center. As to not be confused by the title, most consider it to be an “Enduro Keirin.” A proper Keirin race at T-town is five laps consisting of riders being placed in a set order behind a motor, then dropped off with 2.5 laps to go where riders then jockey for position and sprint for the win. The Keirin Revenge is different in that it’s a team event where team strategy is encouraged, riders do not need to be in a particular order behind the motor, and are able to jockey for position from the start. In addition, instead of it only being five laps, it consists of two 10-min intervals where the lap card resets to 5 to go and riders get back on behind the motor after every sprint until the 10 minutes are up. Hence, “Enduro.” 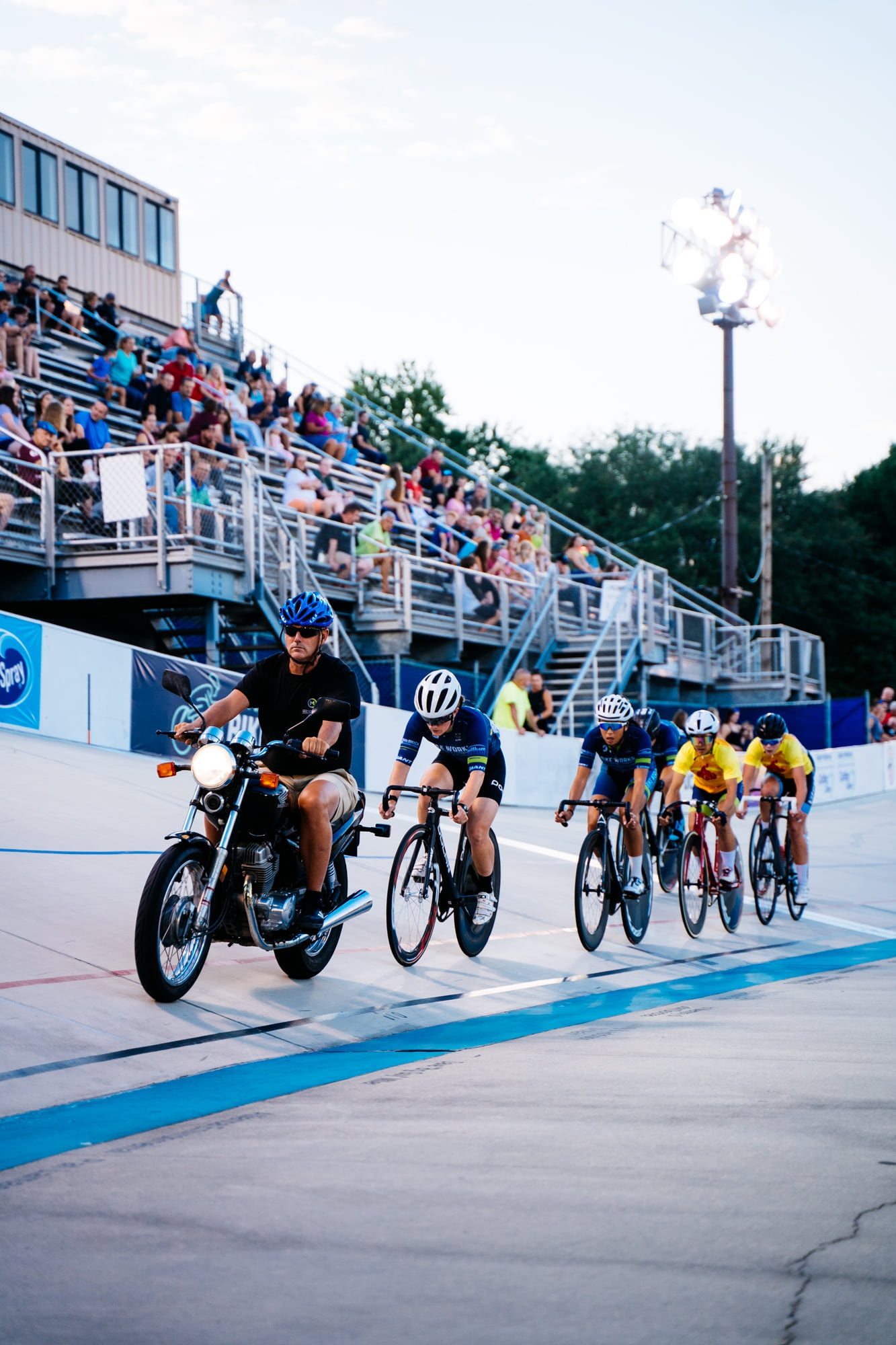 On the men’s side, Team Doylestown dominated from the start, whereas the women came from behind by taking the win in the final team event, the Italian Pursuit. Chonger also got the crowd roaring in the Points Race by attacking early in hopes of lapping the field for the win. She came up a little short, but was able to hold on for second.

Friday August 27th is the last Friday night of pro racing at T-Town and we'll be out in force to watch out athletes participate in the Robert Rodale Challenge (featuring the Keirin and Madison Cups). Tickets start at $9.00, gates open at 5:30 PM and racing begins at 7:00 PM. Hope you might join us to bang the boards for our amazing athletes who left it on the track for us all season! 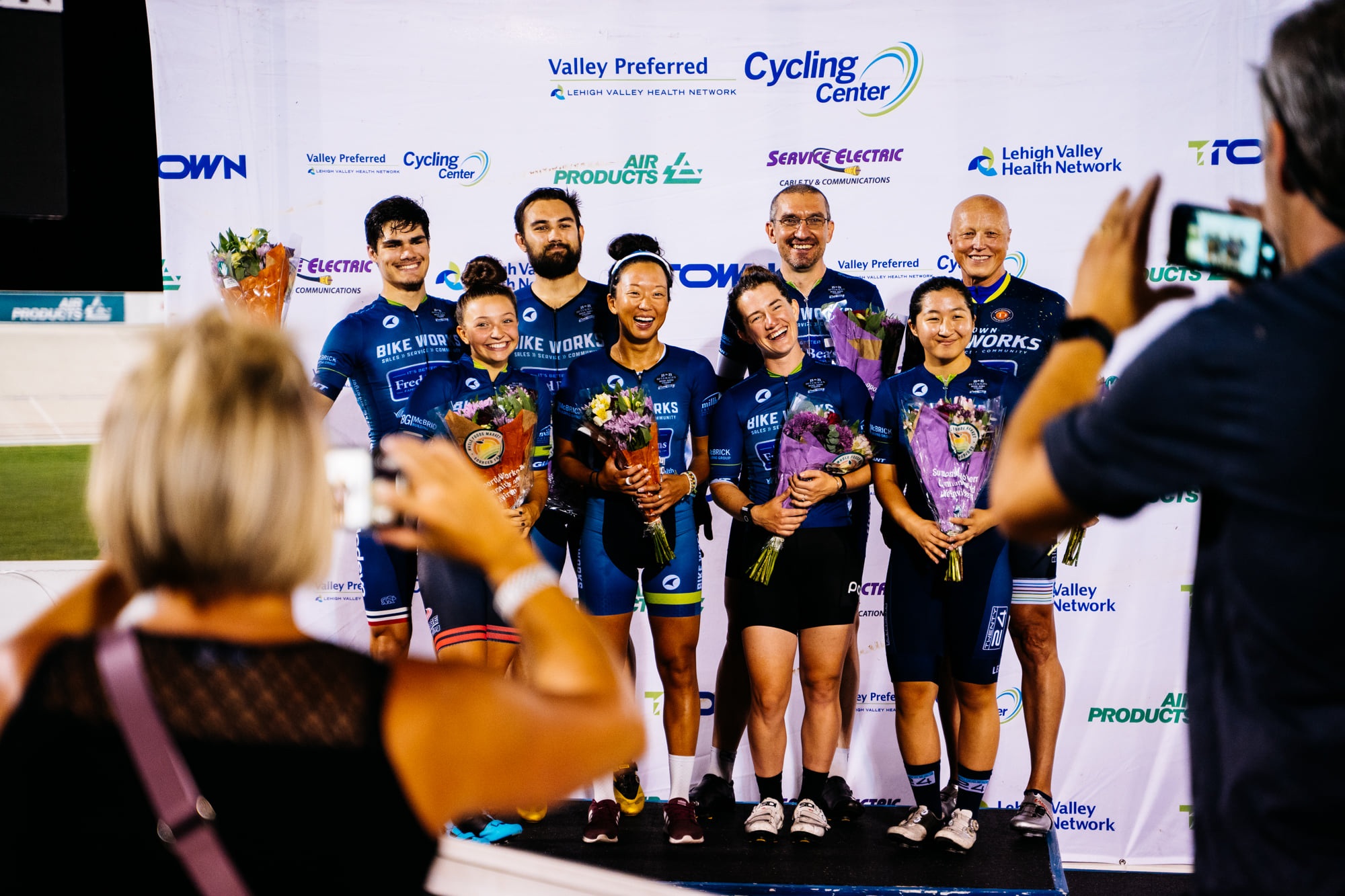 Thank you to the racers who represented us! As shown, (L-R)