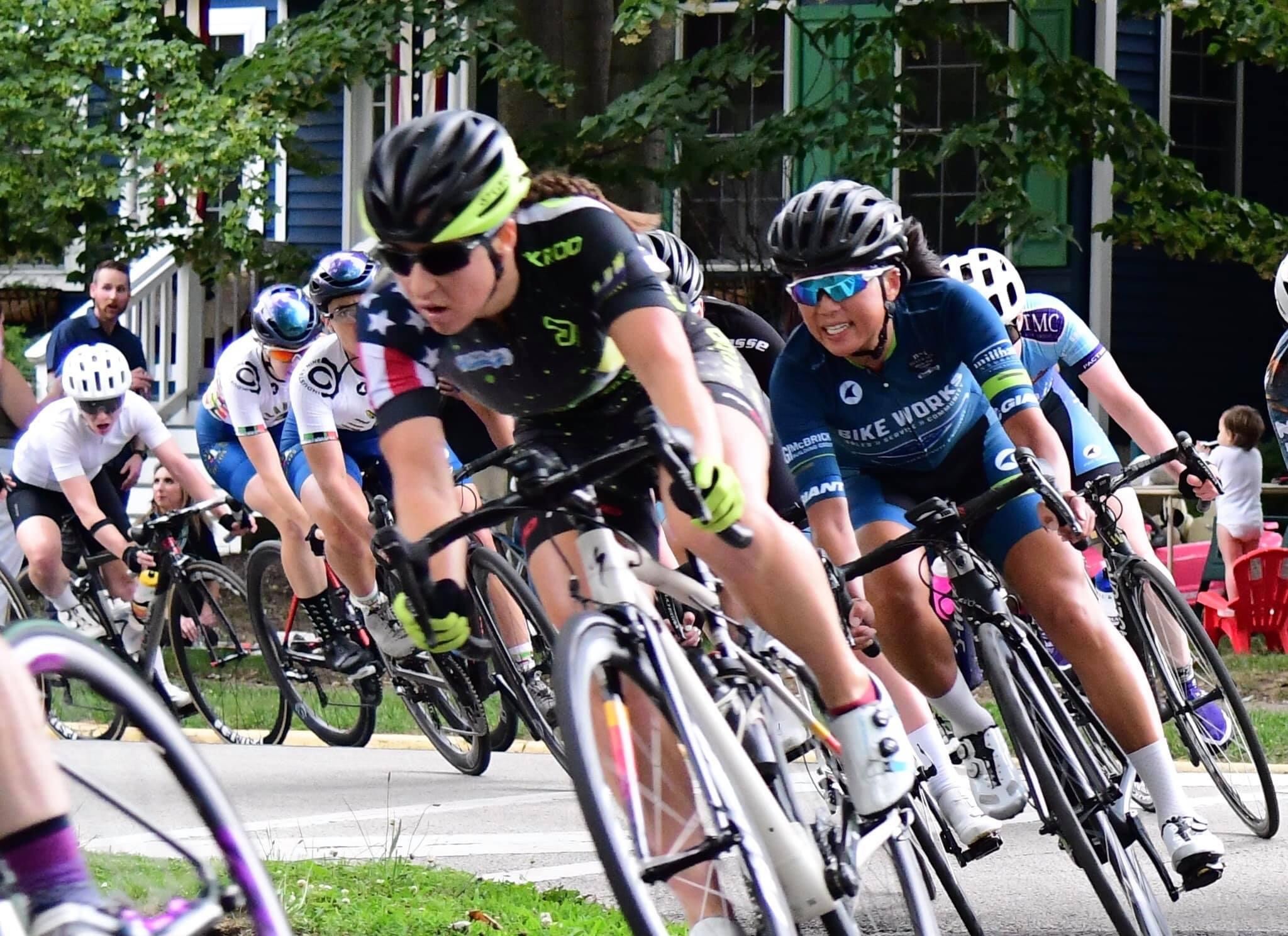 Jessica Chong doing the hard work at Riverton in the Women Pro 1-2 Race. Photo: Will Rivas.

Just north of the terminus of the Tacony-Palmyra Bridge is the picturesque town of Riverton, NJ and since 2011, Carlos Rodgers has held the Historic Riverton Criterium on its tree-lined streets to benefit their community institutions. In Europe, bike racing often takes the form of long stage races through the countryside (like the Tour de France). American racing is often characterized by criterium races like Riverton which is held on a flat, six-turn, 0.8 mile course through residential neighborhoods where people cheer from porches and lawn parties. 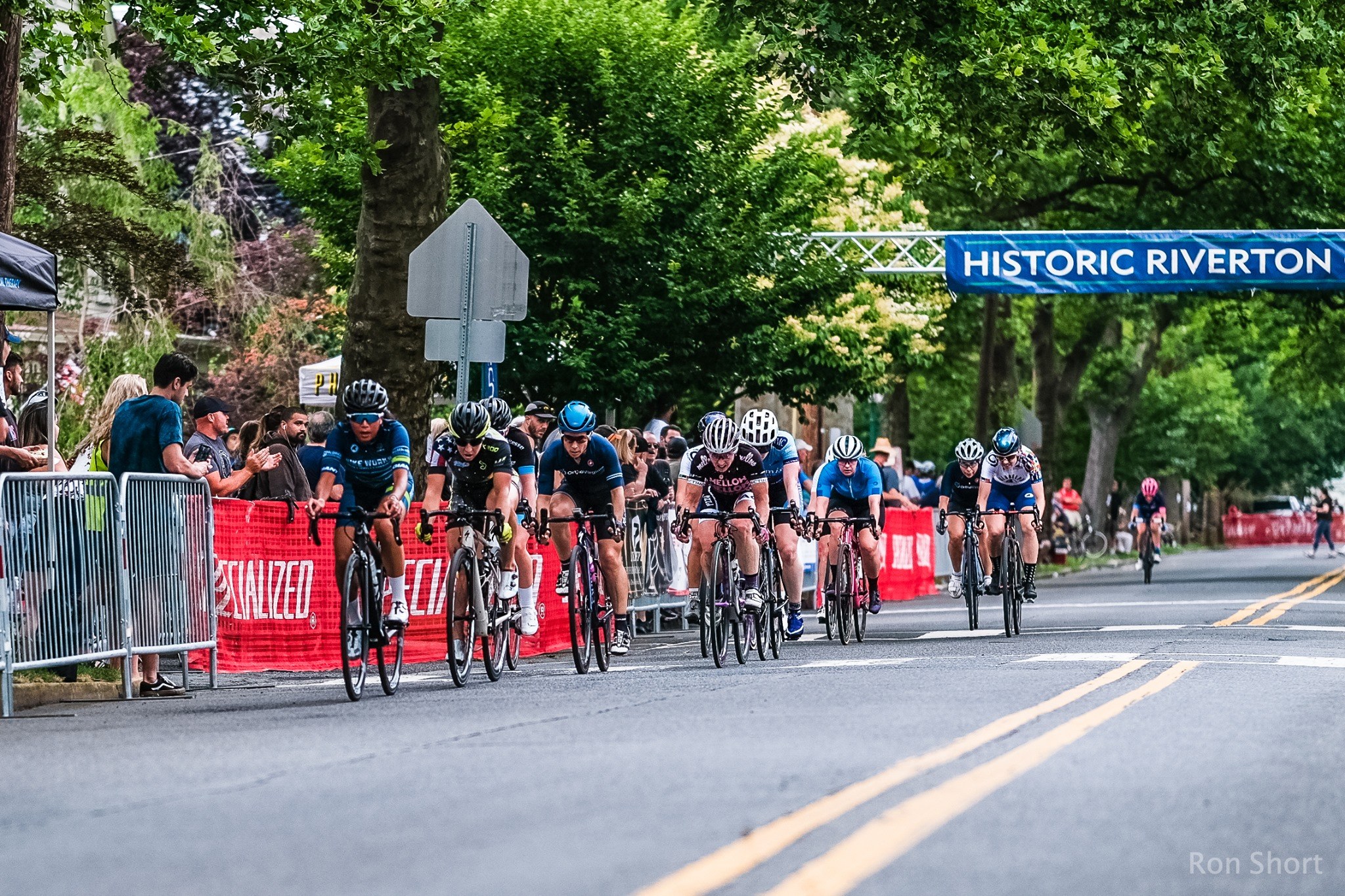 In our hearts, Jessica Chong finished 7th in the women's 20 mile Women's Pro 1/2 Race won by Taylor Kruk-White of Philadelphia Bike Expo. Jessica led la resistance to Taylor's solo breakaway, trying to organize the peloton to chase her down and fought her guts out all day. Unfortunately an official ruling regarding a mechanical issue resulted her in her effort being scratched, but although I may be biased ... great job Jessica! 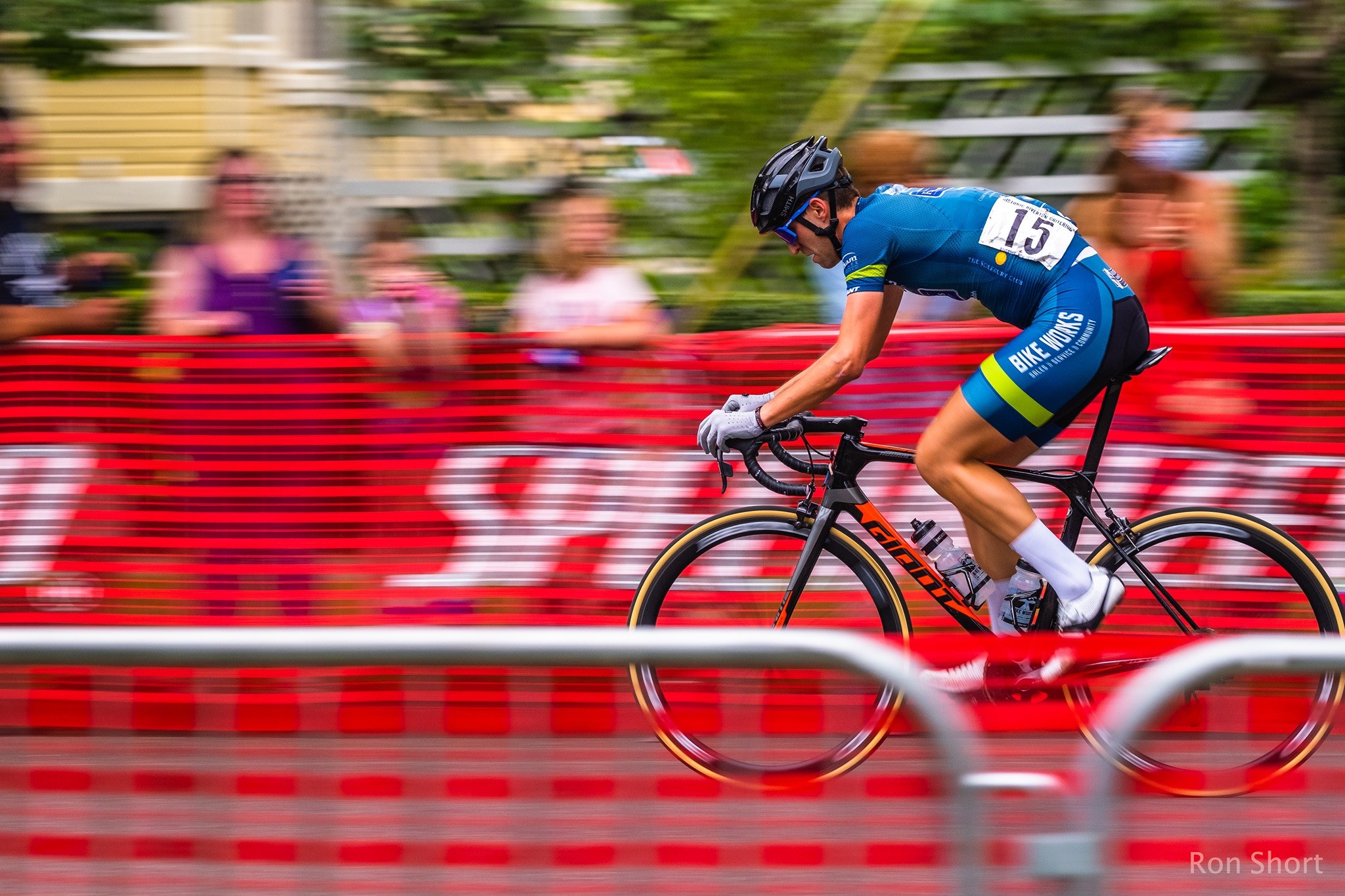 Colin Fitzgerald in the role of aggressor at Riverton. Photo: Ron Short.

In 2017, Chris Meacham (Doylestown) won this 35 mile criterium race in a driving rain storm. He again represented us along with Gui Nelessen (Lambertville), Marc Kubushefski (Emmaus), and Bill Elliston (Easton). But for our team, today belonged to Colin Fitzgerald (Orefield) who was an instigator in the field all day and finished in the prize money at 15th place. You could tell that everyone was eager to be back to racing as the 60 man field quickly shrunk to 30 because the speed was so high coming off the start. The race was eventually won by Cesar Marte in a three-man break but kudos to Bill Elliston and Gui Nelessen shepherding Colin to the bunch sprint. Colin joins teammate Andy Dudle (Emmaus) next weekend taking on the US Pro Championships in Knoxville, TN. 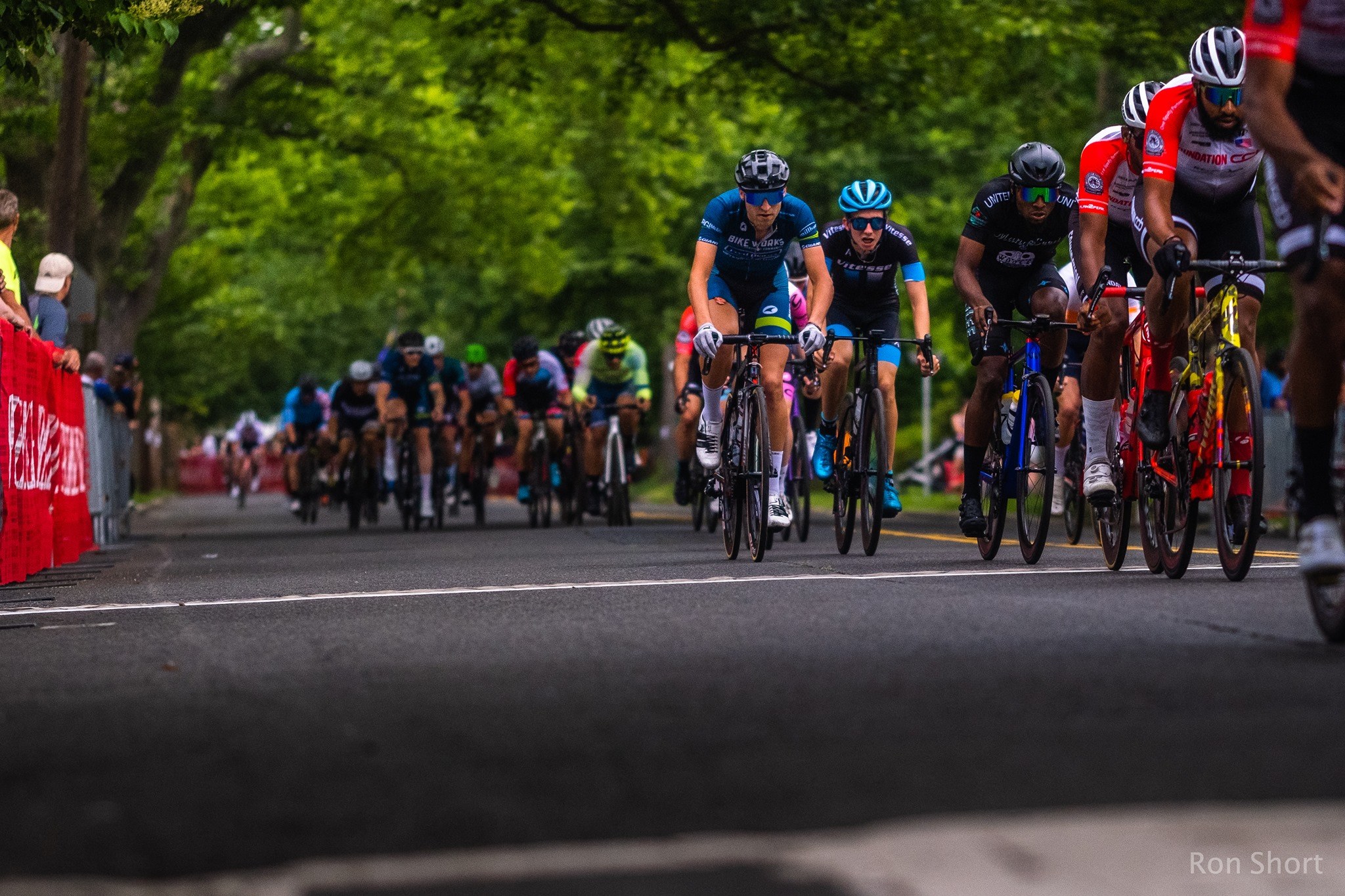