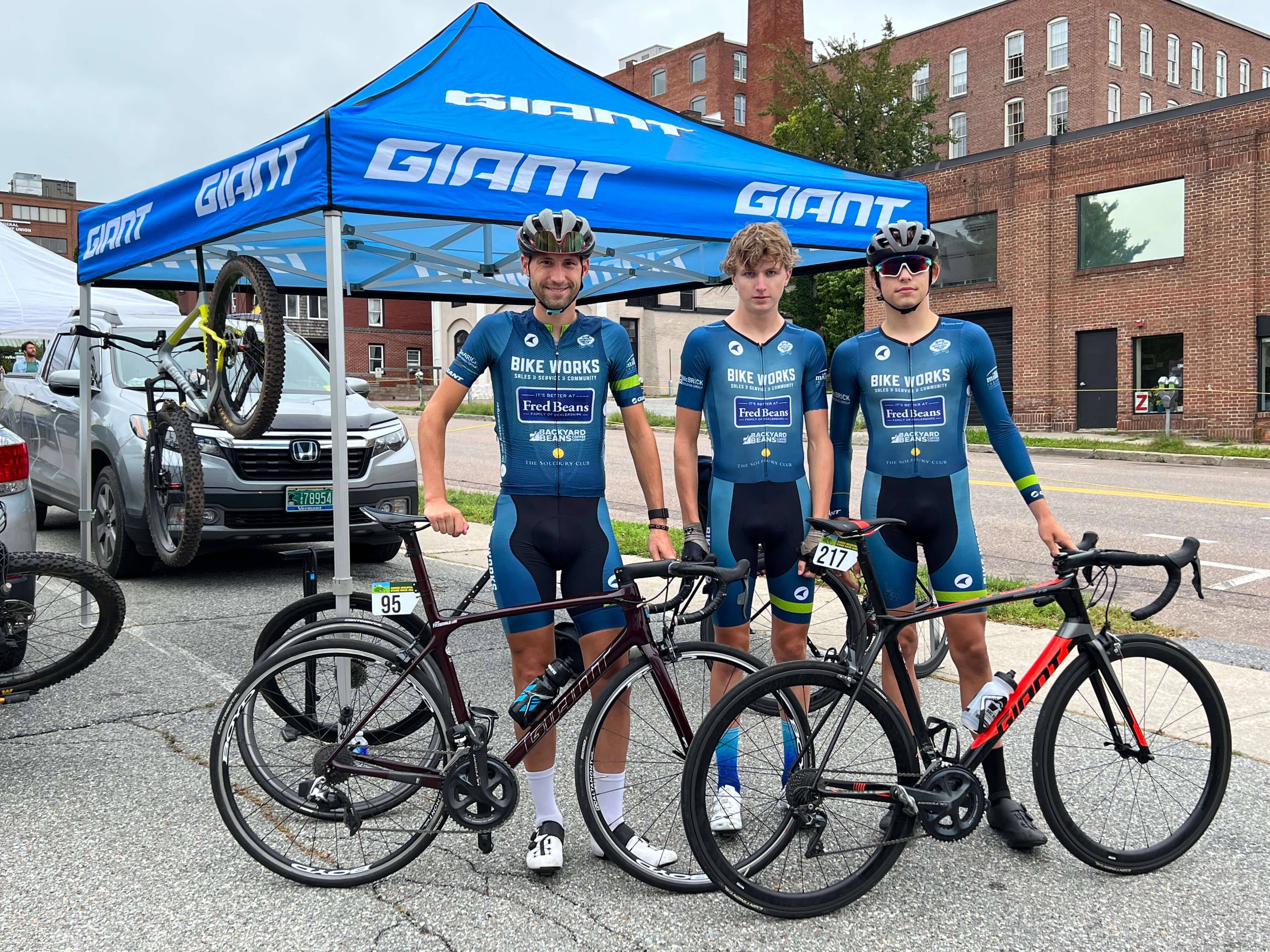 Colin Fitzpatrick, Sam Smith, and Alden Weinhold in Burlington, VT at the 2022 GMSR

There were two major bike races in the eastern United States this past weekend, and the high volume, multi-day riders were in central Vermont for the annual Green Mountain Stage Race. The race includes four days (or stages) that incorporate about 240 miles with 14,000 feet of vertical climbing. Base camp for the race is in the Warren/Waitsfield area of Vermont which is famous for the Sugarbush Ski Resort area. Colin Fitzgerald (Orefield), Sam Smith (Doylestown) and Alden Weinhold (Doylestown) represented us, racing against a deep field of American and Canadian racers. 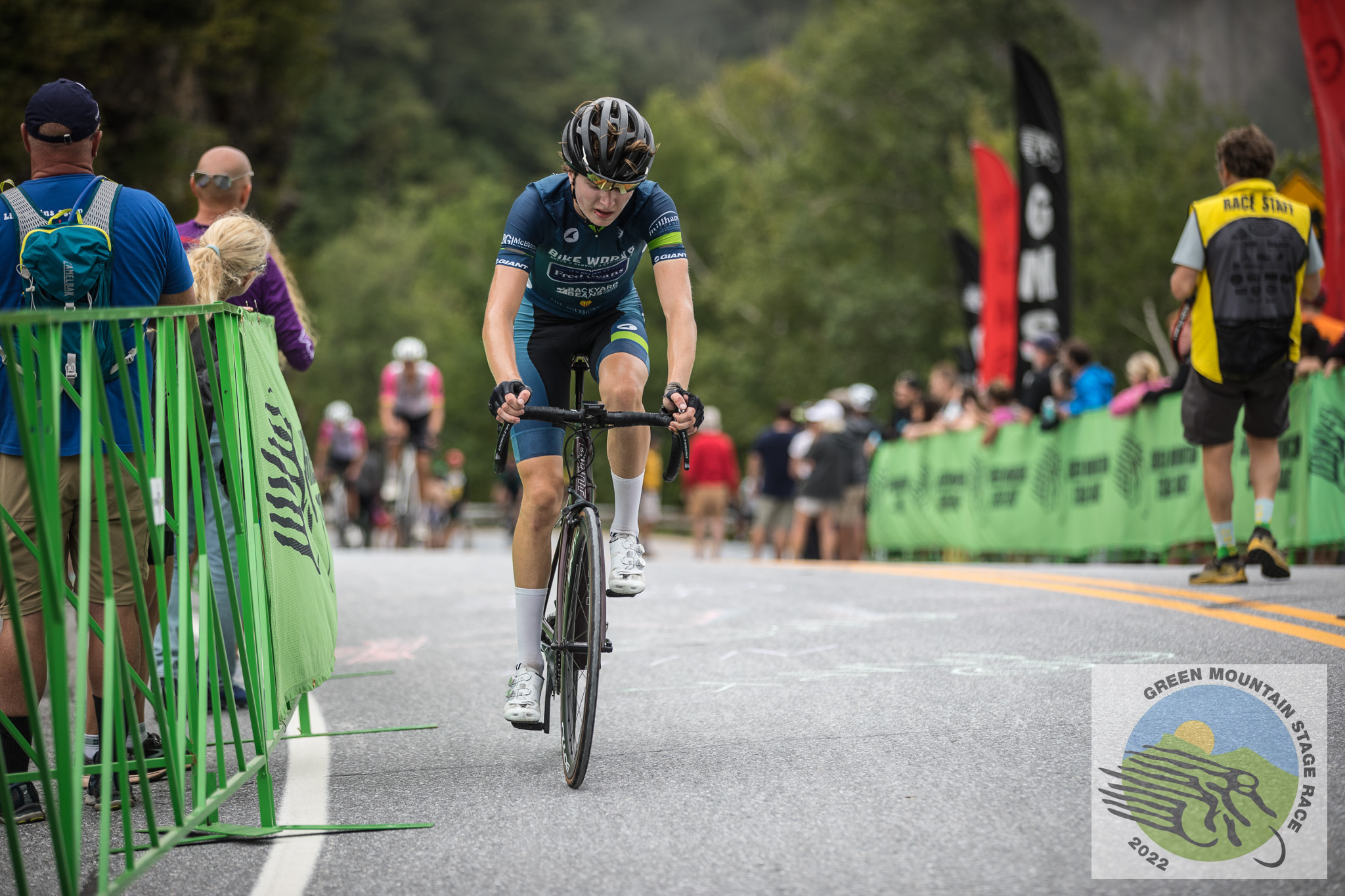 Friday's first stage of GMSR was a 6 mile time-trial race up a steep 500 foot hill starting in Warren, VT. In a time trial, each cyclist tackles the course individually with the goal of capturing the best time over the course. I'm not going to lie, this isn't really our thing ... so the goal was for each racer to lose as little time against the competition as possible and save our powder for Saturday's Stage 2, Circuit Race. 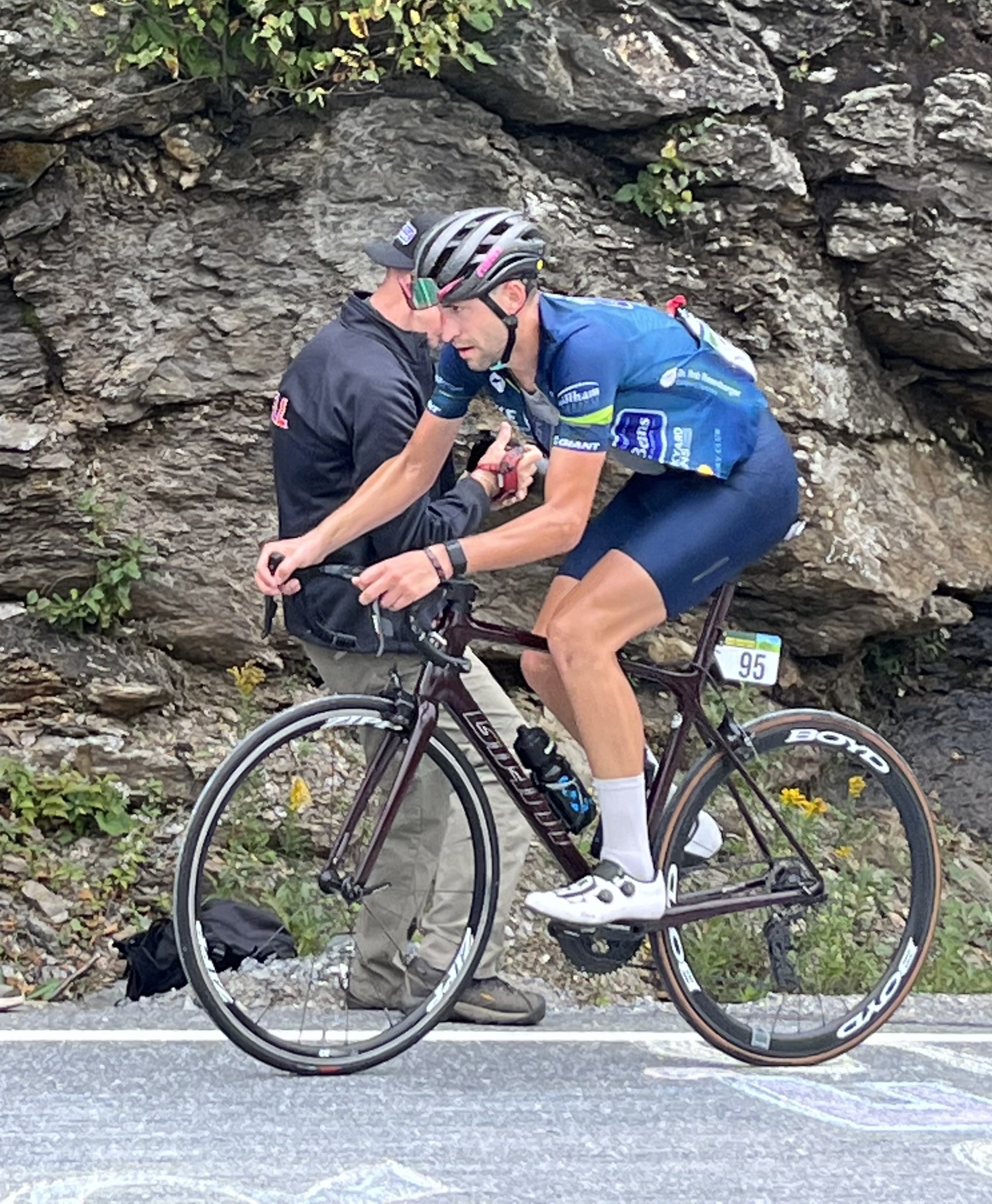 A circuit race is an event where the riders do laps of a course multiple times. Stage 2 of GMSR incorporated a 37 mile loop (6,000 vertical feet of climbing), culminating in 111 miles for the Pro Men. Sam finished with an elite breakaway group of racers for a 12th place finish, while Colin finished safely in the field. Alden finished 15th in the Juniors race in a group sprint. This was our day in Vermont. 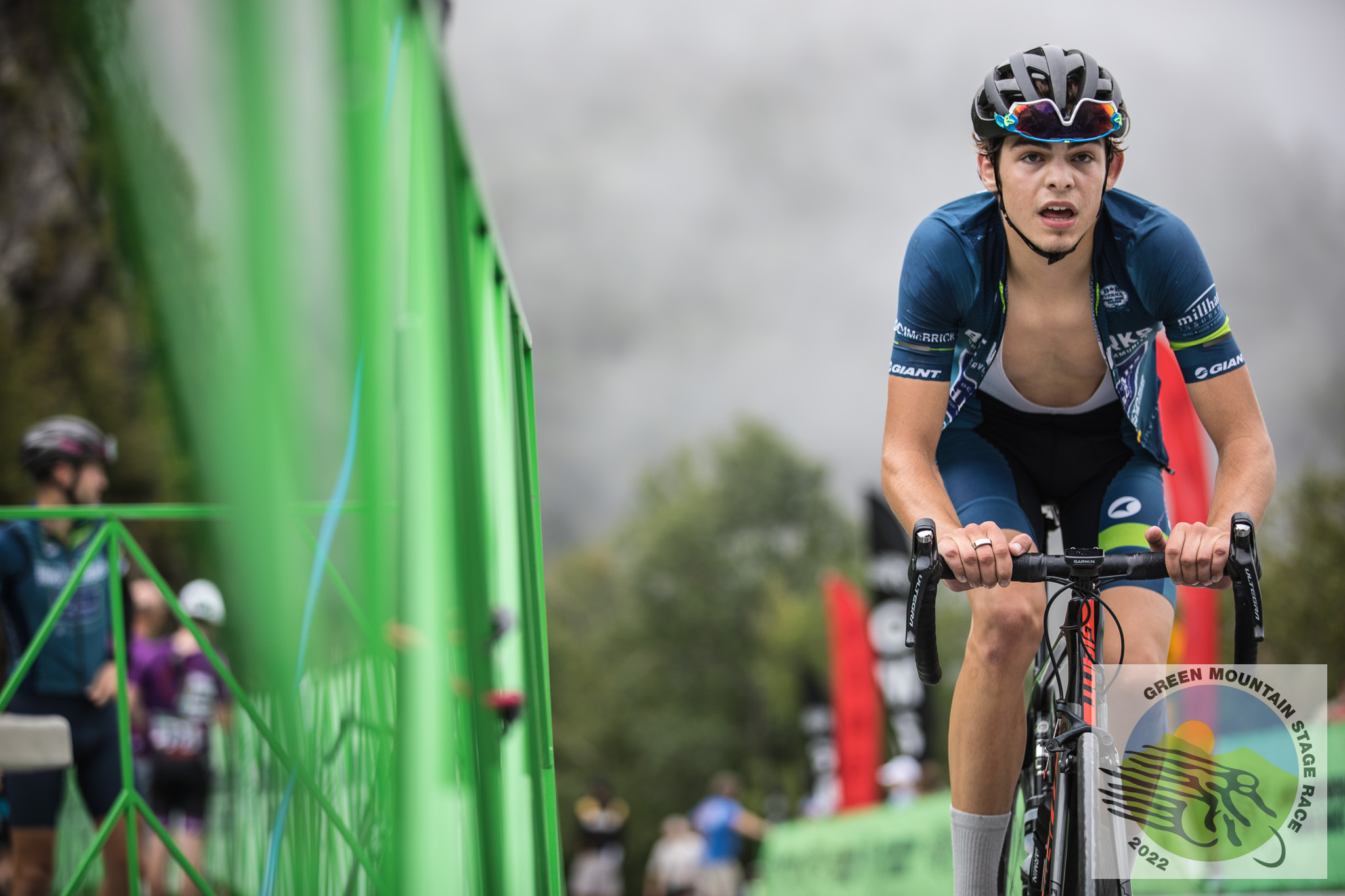 Right back at it on Saturday for the GMSR Stage 3 Road Race in which the Pro Men took on a 75 mile course that climbed the Sugarbush Access Road, the Middlebury Gap, and finished atop the famed App Gap climb for a total of 7,000 vertical feet. Sam (35th) and Colin (42nd) finished within 3 minutes of the stage winner, while Alden survived his first ever epic stage climbing stage in the juniors field. 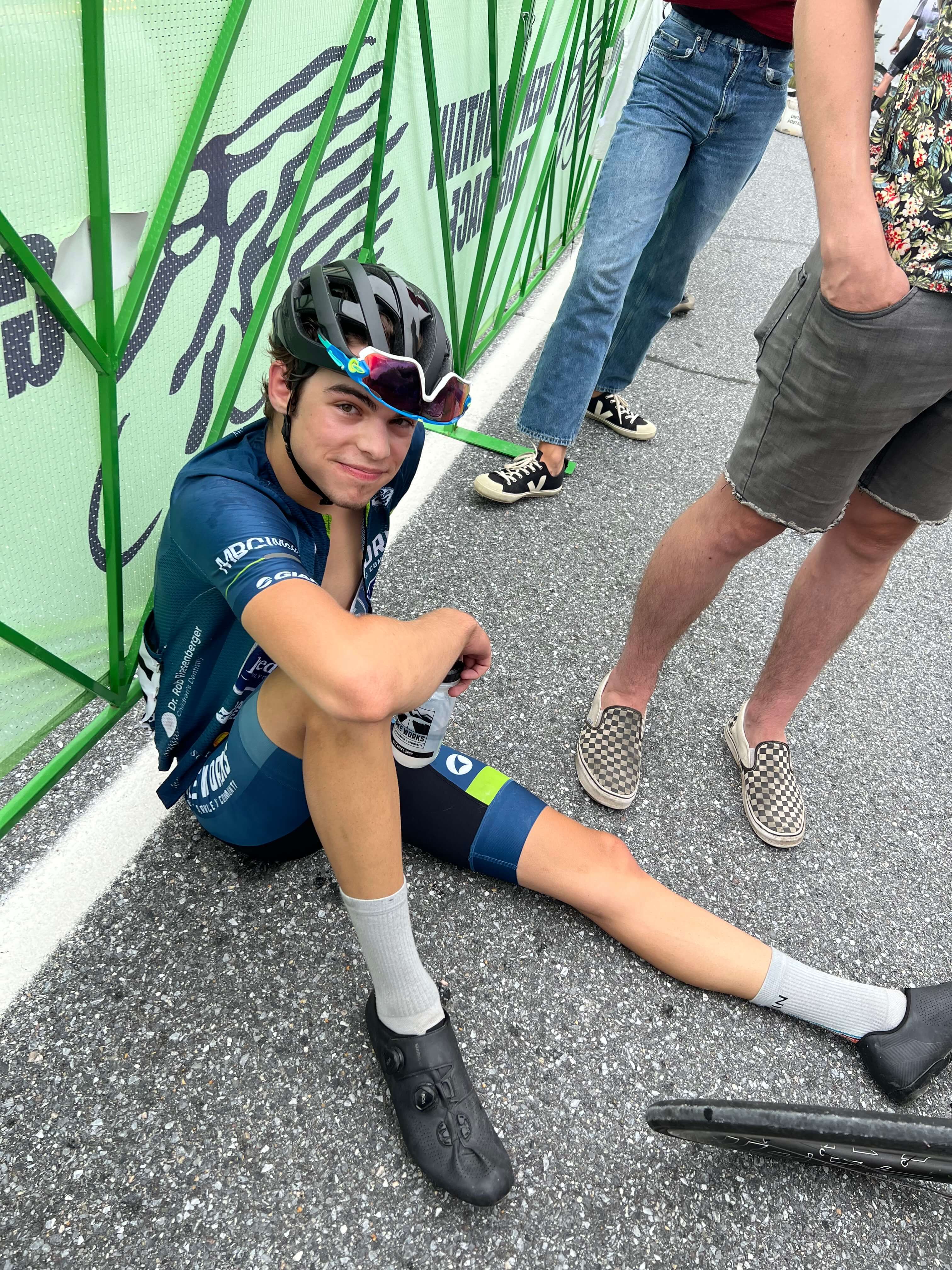 Alden takes a break at the top of the Green Mountains. Photo: Brian Boger

GMSR moved north to the shores of Lake Champlain for Monday's Stage 4 criterium race in downtown Burlington. While the hills went away, the race gets super fast over the 0.6 mile technical course. Colin survived the broom wagon that swept up many racers who were lapped by the field, or crashed out, to finish 23rd. His finish placed 28th in the overall (or "GC") competition. Alden finished 49th out of 58 in the juniors field in his first ever epic stage race and we couldn't be more excited about his progress. Sam has his targets set on a race slightly closer to home. 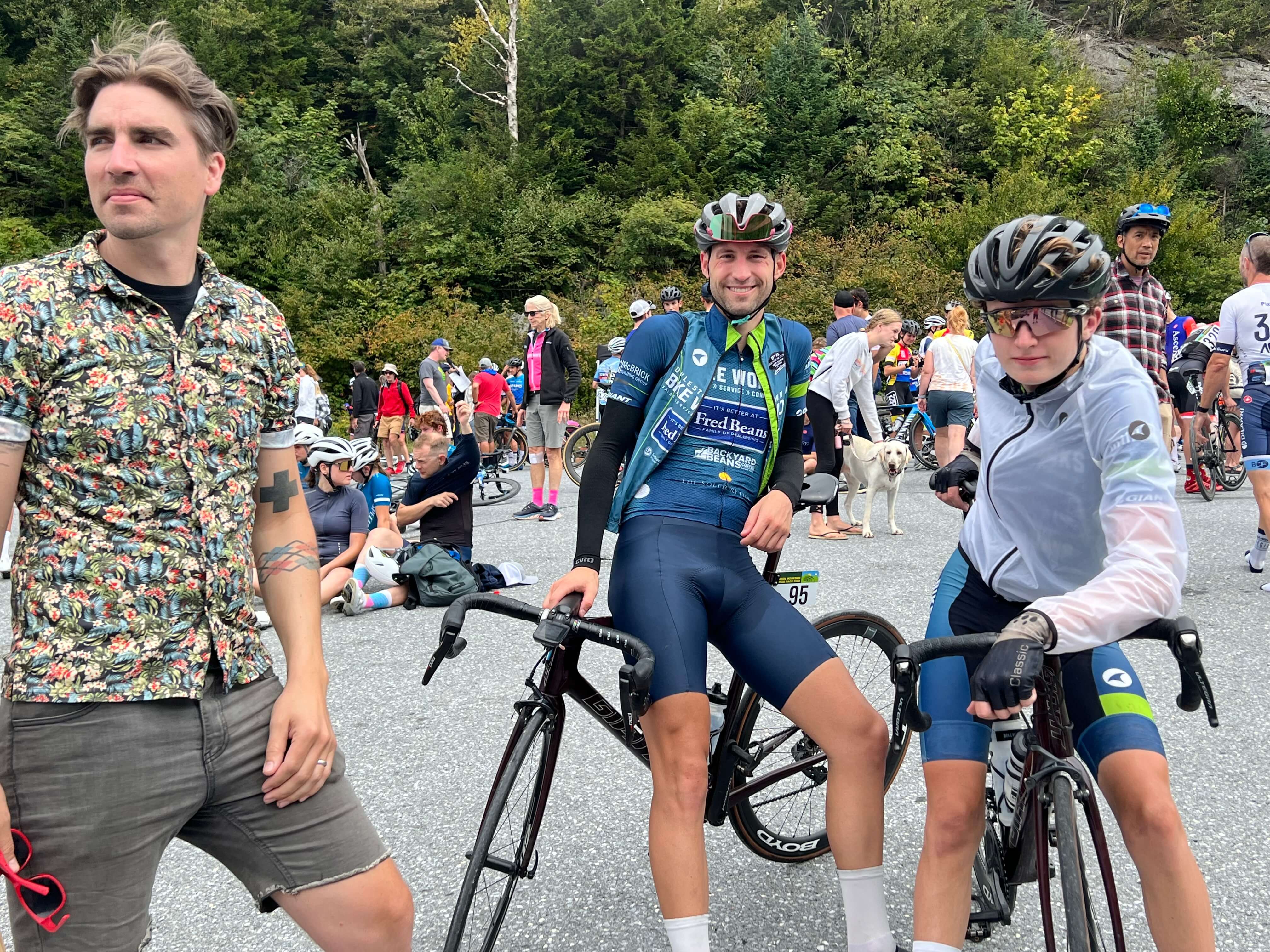 Dan, Colin and Sam in the clouds at Stage 3 of App Gap.

A lot of thanks to supporting cast for helping the racers at the 2022 Green Mountain Stage Race. Our USA Cycling pro mechanic Dan Turner spent his days and nights making sure the bikes and wheels were ready to go. Sam and Alden's parents were out on the course ready to hand out a water bottle to the racers, but so was team friends Tom and Liz Wyckoff who vacation nearby. It was a great weekend of racing and community.