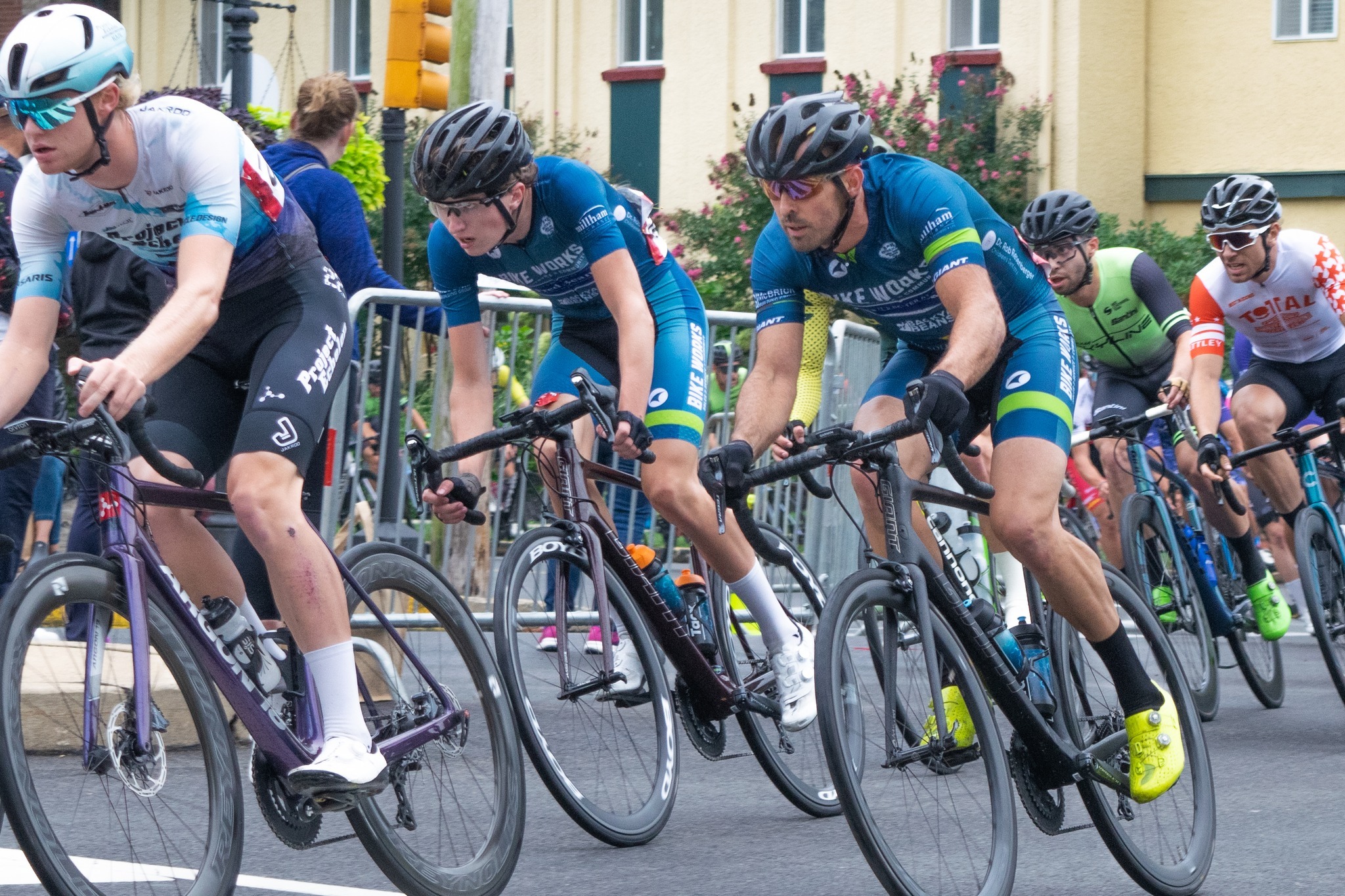 Each September, America's best pro bicycle racers make their way to Doylestown for the annual Bucks County Classic. They are attracted by the large prize purses available for the top riders, and by the energetic spectators whose numbers are swelled by the visitors to the Discover Doylestown Arts Festival which coincides with the race. Our team was formed in 2017 in no small part to develop local racers with the goal of competing on our hometown streets and over the past five years we've been proud to watch our alumni racers like Colin Kelly (Ottsville), Chris Meacham (Doylestown), and Paige Shumskas (Pipersville) be among those local athletes to race right here on a big stage. That tradition continued in 2022 and we are proud that in addition to the pro men and pro women's races, we had athletes representing us in every amateur and master's category as well. 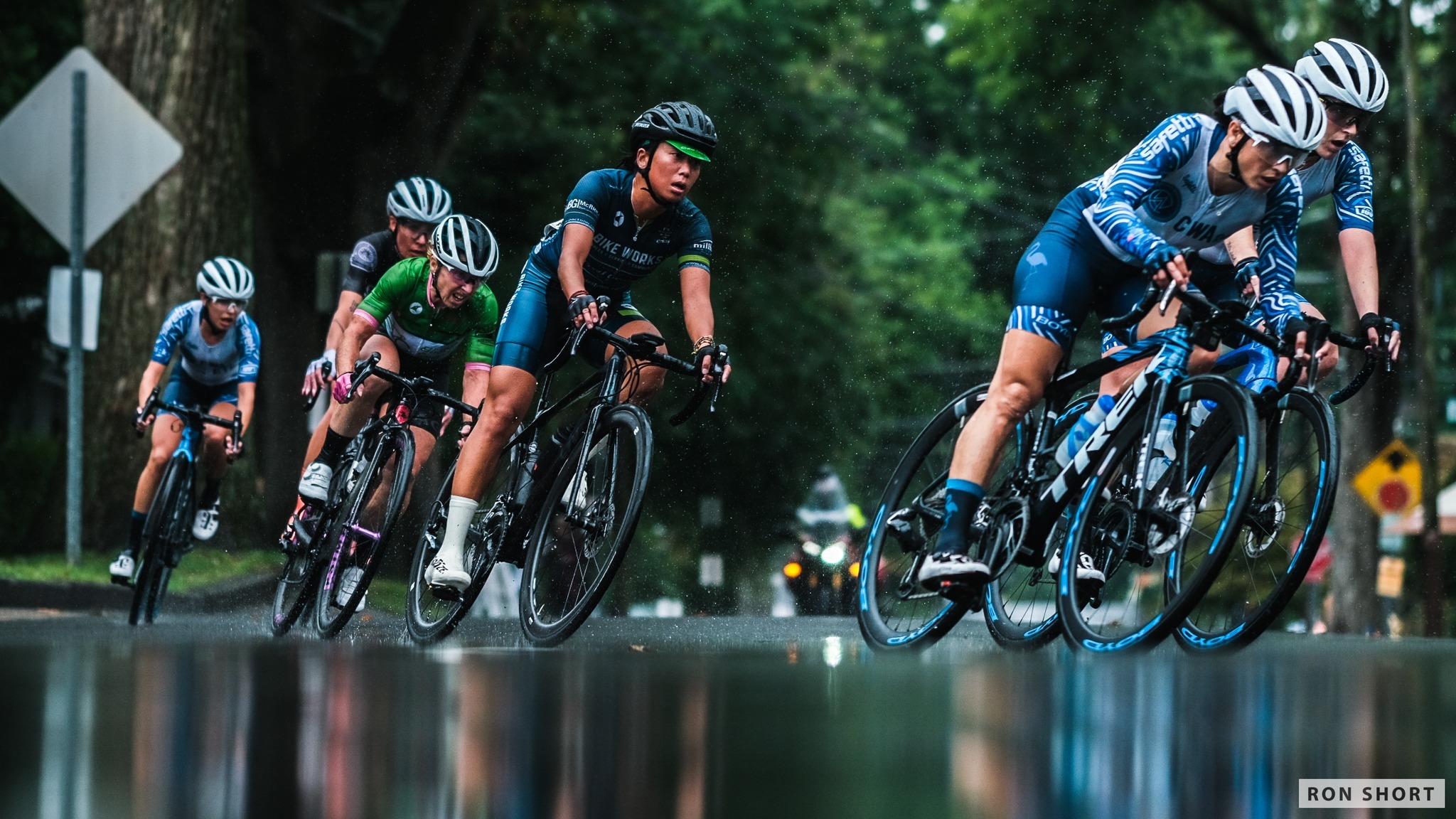 For only the second time in many years we had a bit of rain on Sunday. Doylestown is already a technical and difficult course for the racers and we were lucky that the conditions did not seem to contribute to an undue number of crashes or injuries. Bethany Matsick (Warrington) and Jessica Chong (Lehigh Valley) represented us in the Doylestown Health Pro Women's Race this year. Bethany was making her first ever start in her hometown race after a very successful collegiate career at Liberty University, and picking up a pair of national championships on the track this season. In an international field, Mexican native Katia Martinez of the CWA p/b Goldman Sachs team took first place, followed by Samantha Schneider of the powerful L39ION of Los Angeles squad. Bethany placed 6th overall, with the Chonger finishing in 9th. We're so proud of the season that both of them put together. See the full results here. 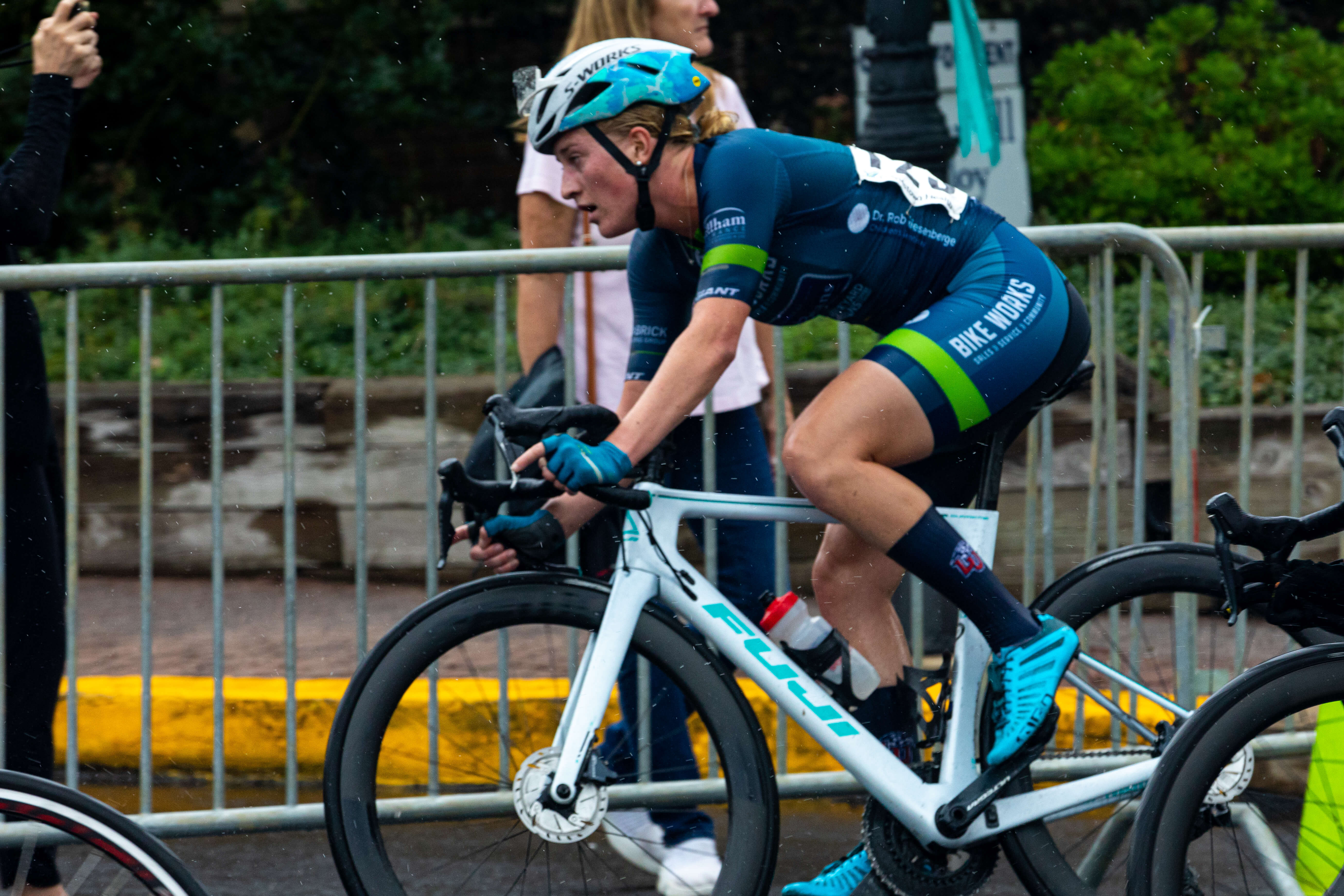 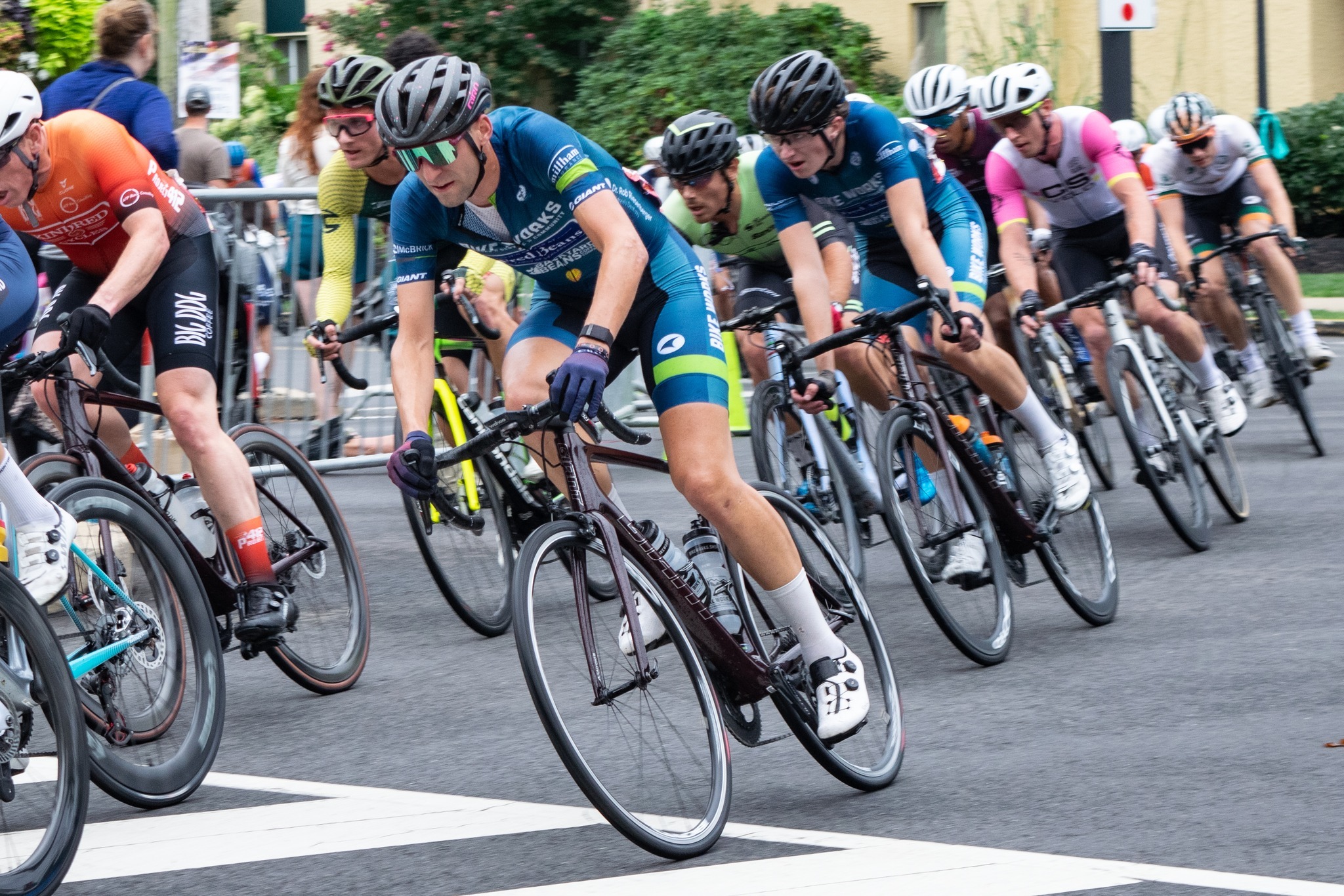 In the Thompson Pro Men 1/2 Race we were represented by Sam Smith (Doylestown), Colin Fitzgerald (Orefield), Gui Nelessen (Lambertville), Alden Weinhold (Doylestown), Andrew Dudle (Emmaus), and Jason Wood (Lansdale). Over 60 racers took the start line (including eventual race winner Scott McGill of the Wildlife Generation Pro Cycling Team) but only 37 survived the brutal pace and conditions. Sam passed his own house 35 times on his way to 16th place overall, followed by Colin in 17th place. For Colin this was a culmination of (in my estimation) his strongest season ever, and Sam now leaves for Central America to race with an elite group of young American racers. Full results here. 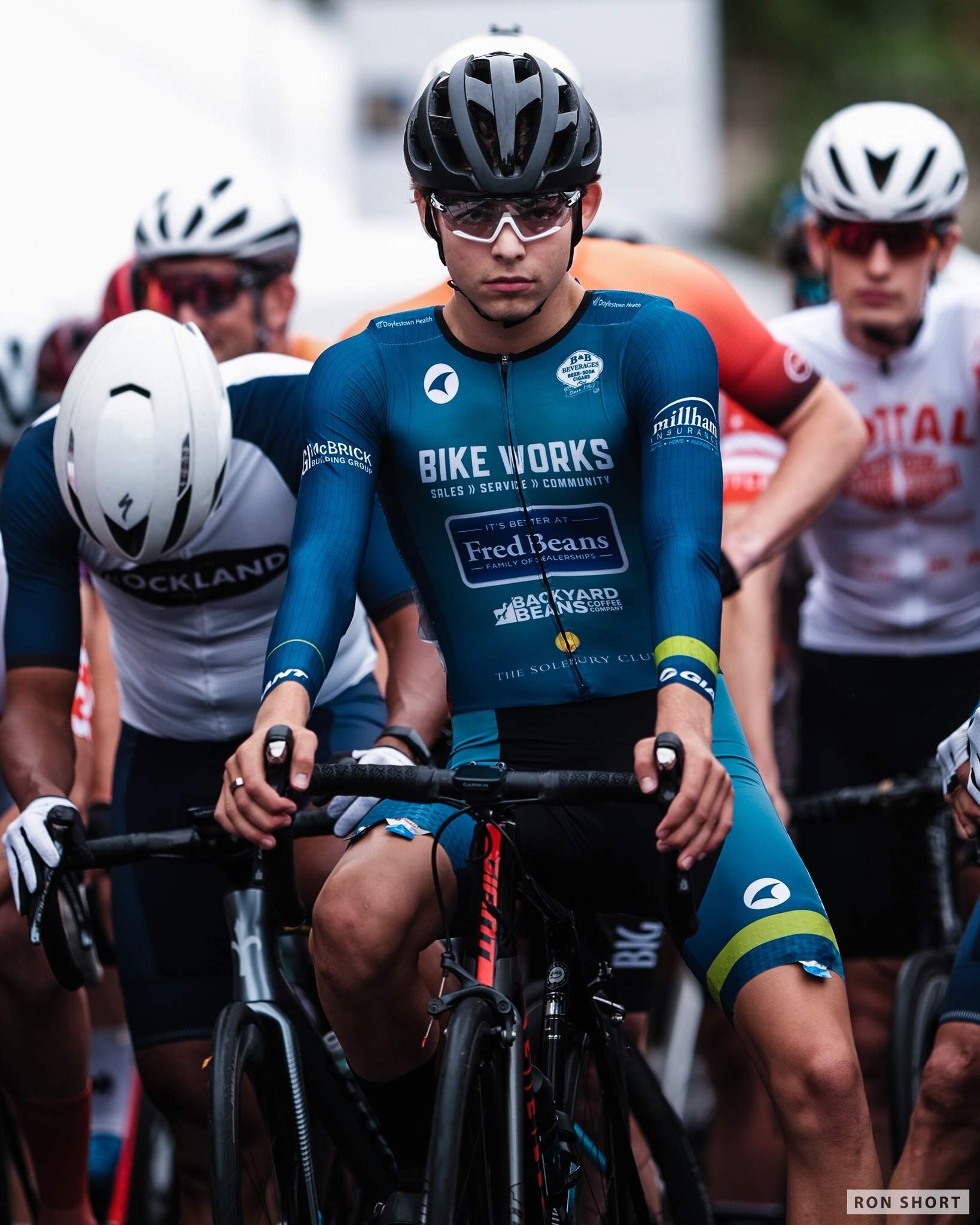 Alden Weinhold as a "call up" at the Thompson Pro Men's 1/2 Race. Photo: Ron Short

Of special note, Doylestown's Alden Weinhold was acknowledged prior to the race by being "called up" for special recognition at the start line. Alden was participating in his first ever Pro Category 1/2 race made all the more special because he raced it here in his hometown of Doylestown. Alden is a senior at CB West and has raced for our club since he was thirteen. Alden has also raced for the local Bucks County Composite Mountain Bike Team in the National Interscholastic Cycling Association (NICA). Alden earned his Category 2 USA Cycling license in the two weeks leading up to the Bucks County Classic. Although Alden was forced to withdraw from the race after being caught up behind a crash we are quite confident that he'll continue to advance in the sport. Look out 2023. 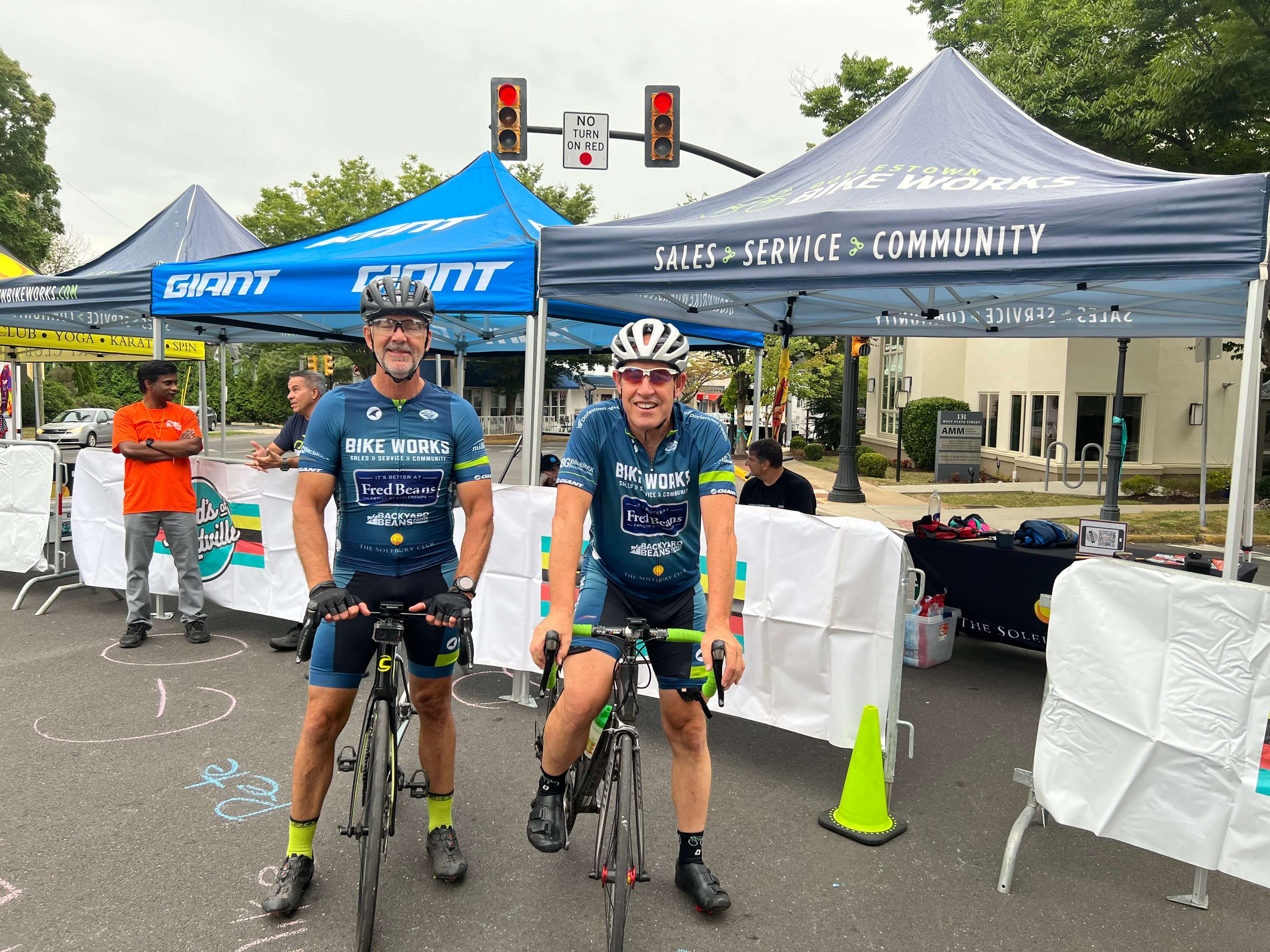 Rob Beighley & Mike Bowe Prior to the Master's 45+ race at the Bucks County Classic.

Our team's mission is to increase the number of local racers competing in all levels and discipline of cycling so we're just as proud to have been represented in all of the amateur fields at the 2022 Bucks County Classic: Mike Bowe (Doylestown), Rob Beighley (Solebury Club/Buckingham), and Pete Smith (Doylestown) competed in the Men's Master's 45+ category, Jacob Ehlinger (Doylestown) and Dominic Frascella competed in the Men's Category 3 field, and Rena Frascella (Bike Works/Lansdale) competed in the Women's Category 3/4 field. Thank you also to the huge number of shop friends, team friends, community members and sponsors who cheered with us at the hot corner at W. Court and Clinton Street as is our tradition. We already can't wait for 2023. Full results here. 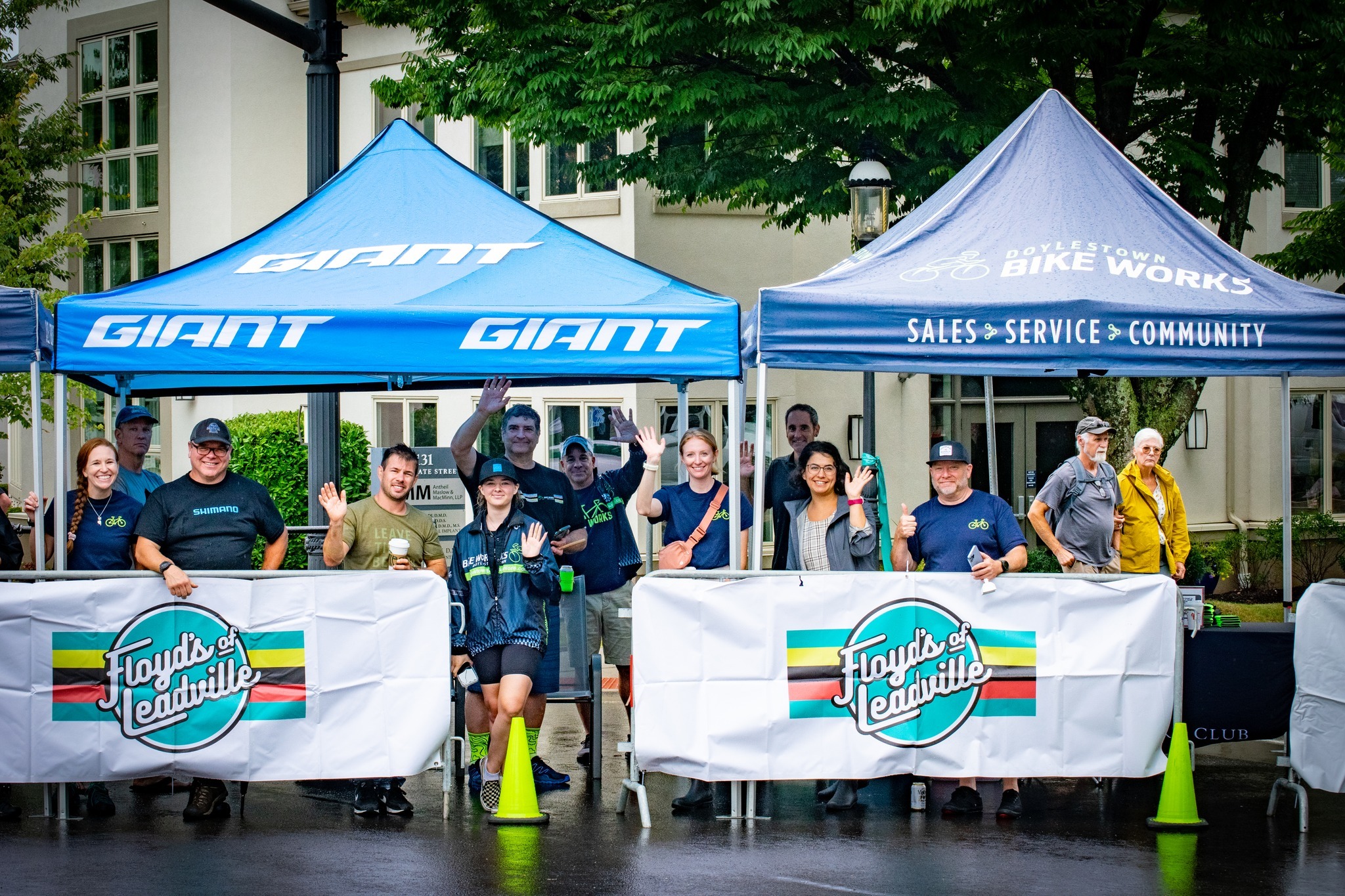