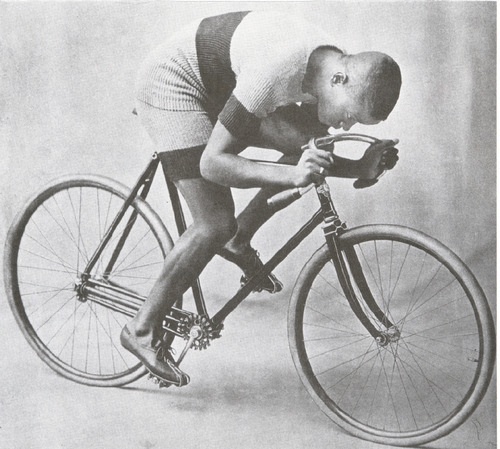 As Black History Month comes to a close, I wanted to take the opportunity to pay homage to a pioneer in American civil rights. Others have done so much to document the life of Marshall "Major" Taylor, that I won't even try to compete with them. But for those to whom the triumphant and tragic story is unknown, I offer my synopsis. 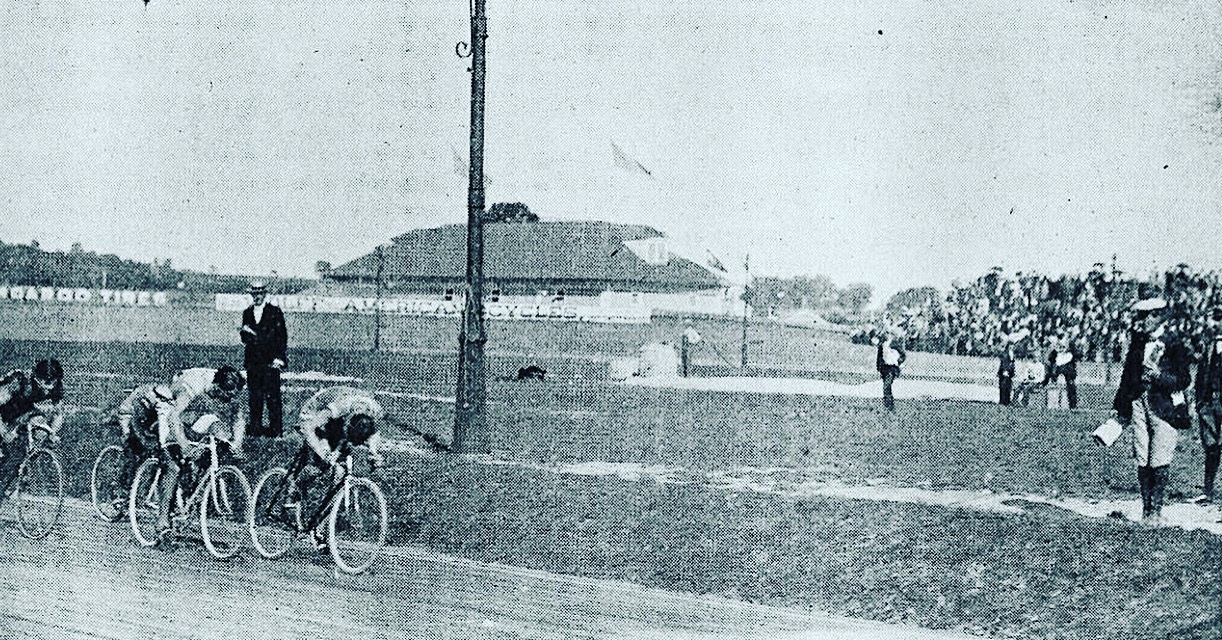 Forty-seven years before Jackie Robinson broke the color line in Major League Baseball, Taylor became America's first African American world champion when he won the 1899 sprint championship title in Montreal, Canada. It was the first time The Star-Spangled Banner was played in his honor, as he was usually greeted by "Dixie" or other minstrel songs. In the backdrop of post-Reconstruction America, Taylor faced racism, physical assault, death threats and schemes to prohibit him from competition, forcing him to pursue much of his professional career in Europe and Australia. He was one of the early sports superstars, bringing huge crowds to races often billed as contests between the races. 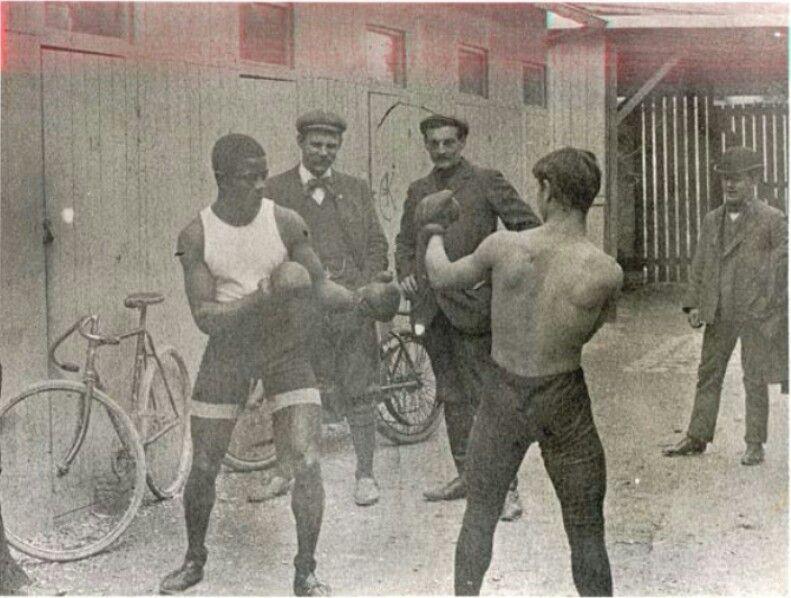 Rare photo of Taylor sparring with an opponent in Paris, France

It is little remembered that at the turn of the 20th century, cycling was the most popular sport in America. During the height of Taylor's career, he earned triple the income of Baseball Hall of Fame outfielder, Ty Cobb. Unlike many athletes during this time, Taylor eschewed alcohol and tobacco, followed modern training guidelines, and cross-trained with strength training and boxing. He was better educated than most of his competitors, was a talented musician, and aspired to be a poet. He was a person of faith and refused to race on Sundays for much of his career. Taylor read widely on civil rights authors such as W.E.B. Dubois and Booker T. Washington. 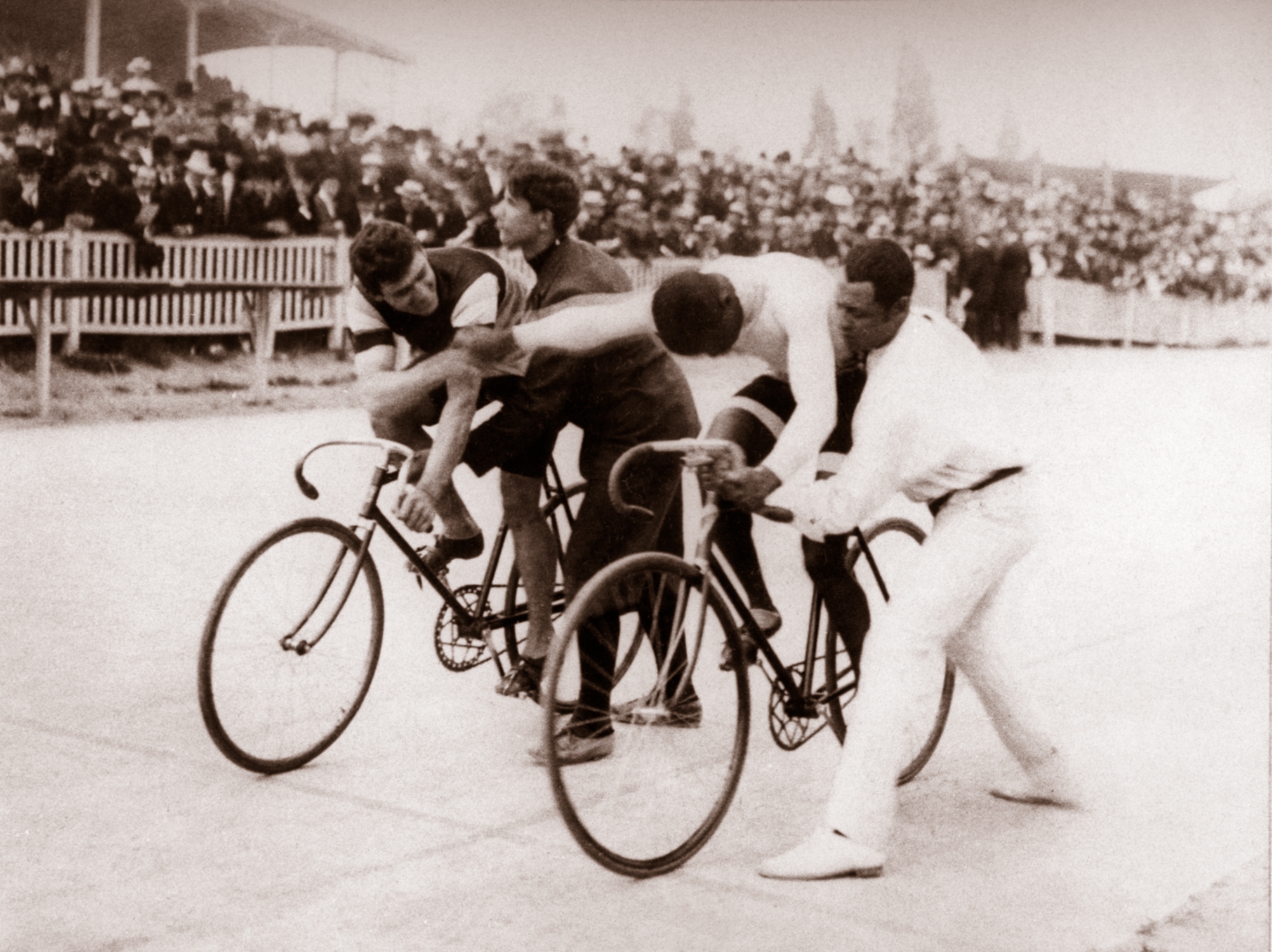 Taylor prior to the start of his great victory over French champion Edmond Jacquelin in Paris, 1901

Bicycle racing as America's most popular sport came to an abrupt end by the time of the First World War. Bicycle racing gave way to motorcycle murderdomes and auto racing; baseball, basketball, boxing, hockey and football were in their ascendency. Taylor's fame also ended abruptly; his remaining financial fortunes failed in the Great Depression which led to the dissolution of his marriage. 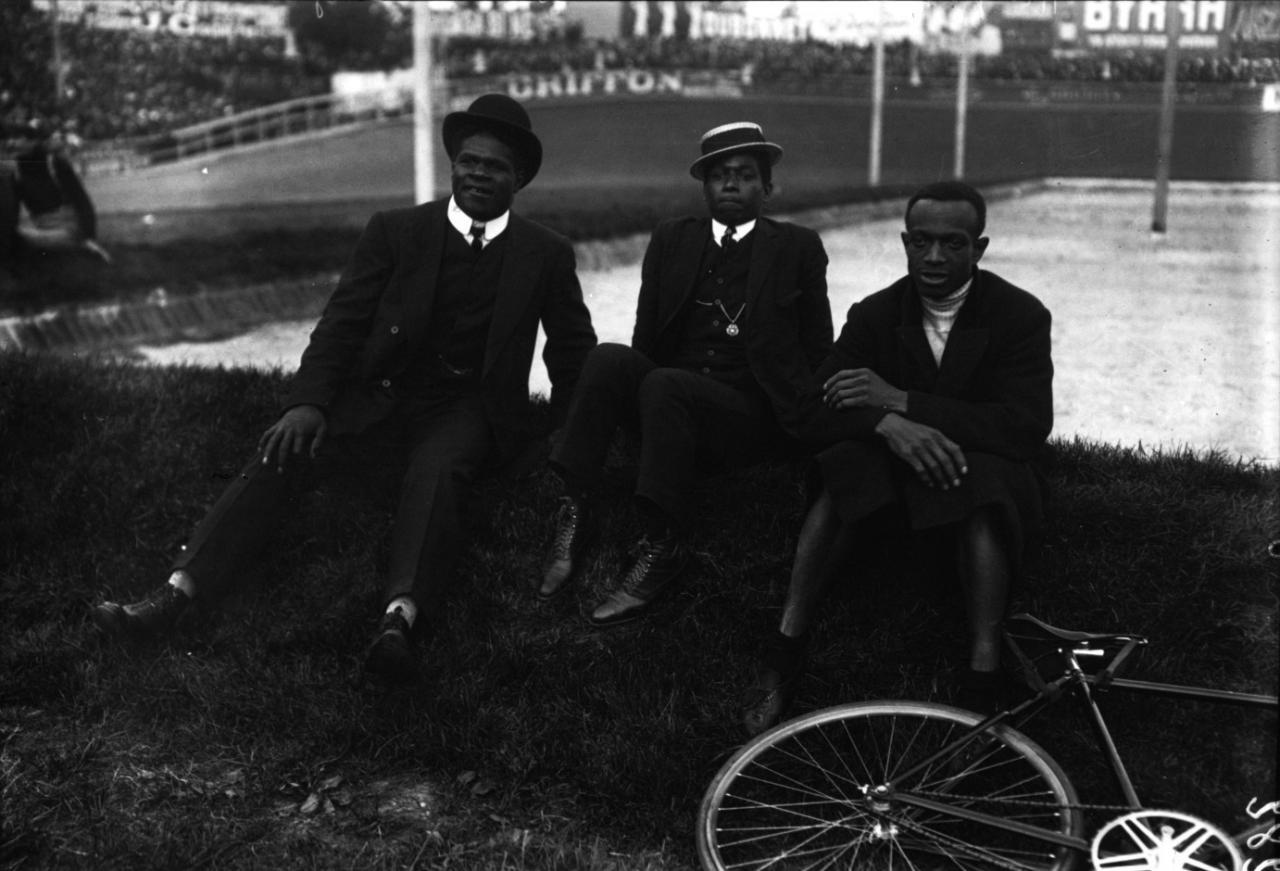 Taylor set himself to write his autobiography, The Fastest Bicycle Rider in the World: The Story of a Colored Boy's Indomitable Courage and Success Against Great Odds (1st edition copy available to see at Bike Works Doylestown). He saw his focus, discipline, sobriety and preparation as a model for African Americans seeking to overcome racism and rigged competitions. He became seriously ill with influenza around the time of the Spanish Flu, and spent his last years essentially peddling his book door-to-door. He died a pauper in Chicago, IL at the age of 53. 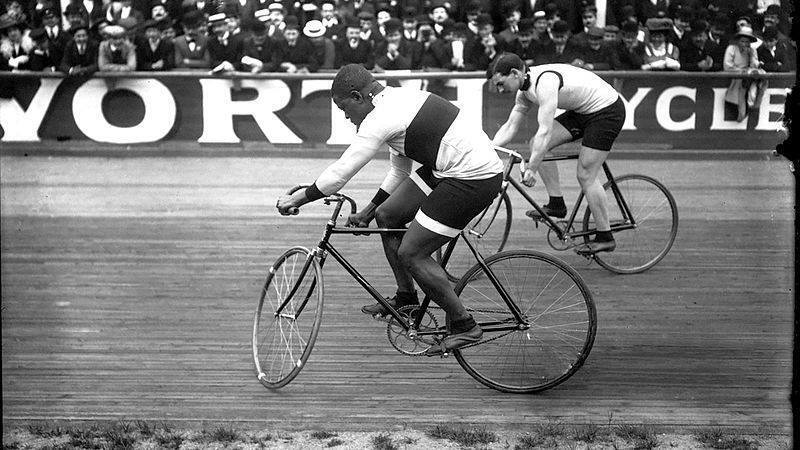 The Worcester Whirlwind waits to make his famous jump in Paris, 1909.

Prizewinning author Peter Nye penned a noteworthy article about a newly discovered image of Taylor in Cyclingnews this month. Nye is most known in the cycling world as the expert on the history of American bicycle racing and for his book, The Heart of Lions which includes Taylor and his era of cycling competition. Washington Post investigative journalist Michael Kranish wrote a 2019 major biography of Taylor entitled, The World's Fastest Man. The Major Taylor Association is devoted to keeping his memory alive, and Major Taylor Cycling Clubs are active all over the United States, including here in Philadelphia. A full biography of Marshall Major Taylor can be found here. 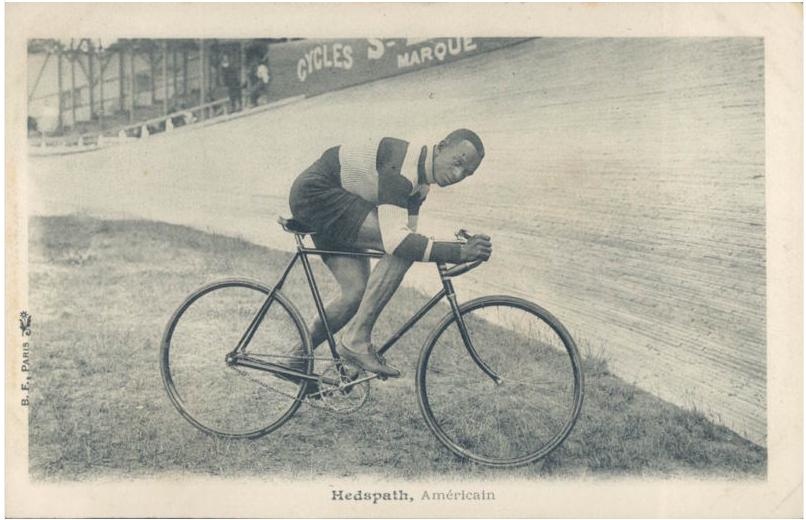 Editor’s Note: While Taylor has received some attention of late, there were other successful African American cyclists who were compelled to compete abroad due to the conditions confronting black racers in the United States. Woody Hedspeath was a contemporary and friend of Taylor's and competed in Europe until the age of 50. After the German occupation of France in 1940, he fled to Portugal where he died in poverty of tuberculosis.