Road Racing at Pottstown and Harlem

Our road racers spread out around the .. well, nation... with some of our racers at USA Cycling Pro Nationals in Knoxville, TN (more on that later), the Harlem Skyscraper Classic in New York City, and closer to home in the Pottstown Bicycle Race. 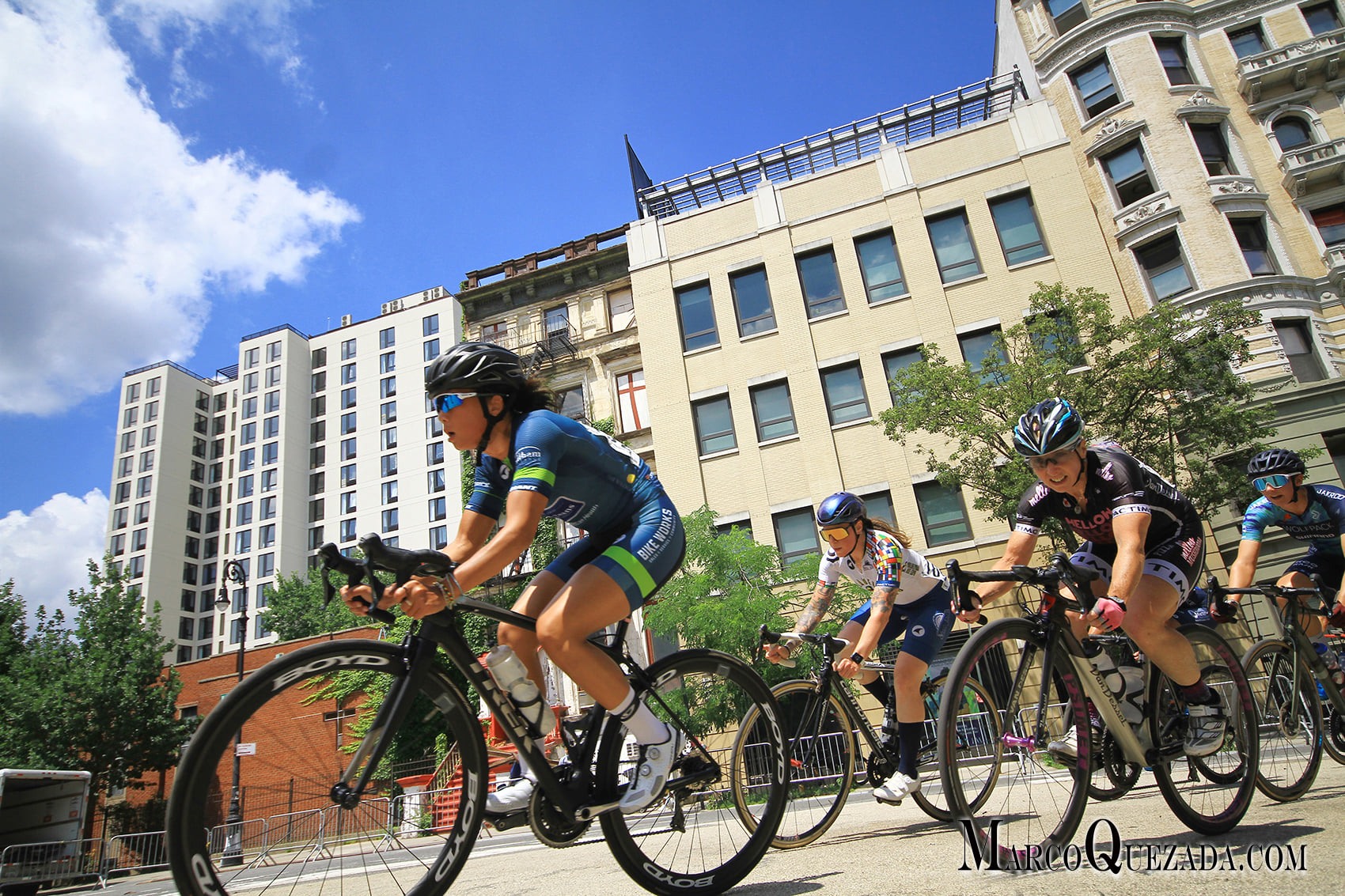 Jessica Chong (Lehigh Valley) will tell you that racing in New York City is a great place to sharpen skills. Not surprisingly, we see racers there that we don't often see outside the city, and they definitely have sharp elbows and aggressive tactics. The Harlem Skyscraper Classic is a four-corner criterium race that bounds Marcus Garvey Park where spectators sit on the steps of classic brownstone homes, or watch from the park itself. The Chonger fought through an early summer cold and some combined team tactics to get a very respectable 6th place (full results) in a challenging race. Photo: Marco Quezada. 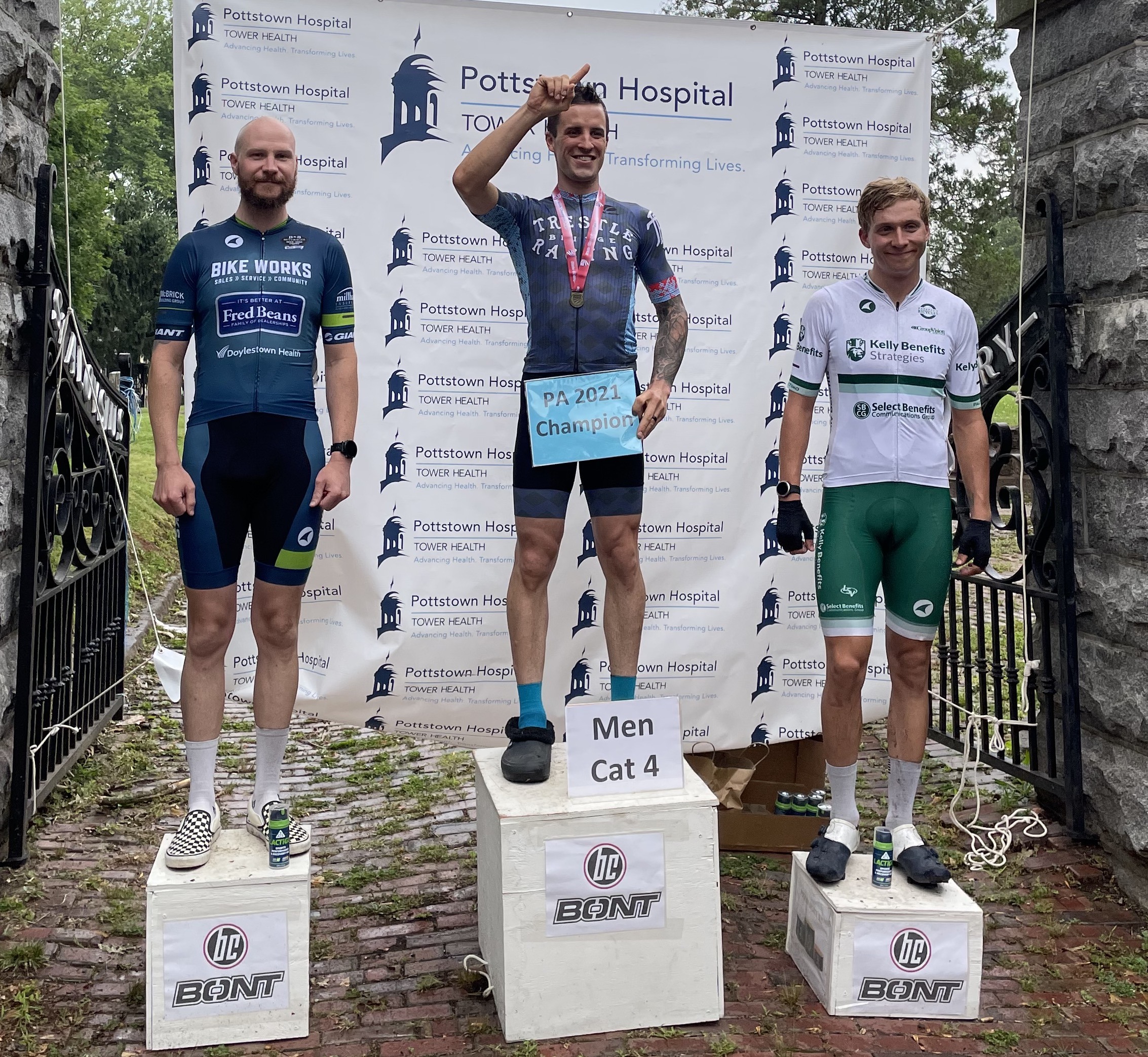 Joey Kubushefski on the podium at the Pottstown Bike Race. Photo: Marc Kubushefski

The 2021 Pottstown Bicycle Race served as this year's site for the Pennsylvania State Championships. Chris Meacham (Doylestown), Marc Kubushefski (Emmaus), and Gui Nelessen (Lambertville) raced for our elite squad in the men's Category 1-2-3 race, and used the race to continue to re-build their race fitness (and also their overall fitness by riding back to Doylestown afterwards).

However this was a day to talk about our amateur racers: In the men's Category 4 race, Joe Kubushefski (twin brother to our elite racer Marc, and about whom Marc says he's much faster) made his first-ever appearance for us finishing 2nd, followed by junior racer Steven Szabo (Doylestown) in 9th. And yes, we also noticed that sponsor/racer/dad Dave Szabo (Remedy Simulation Group) was there in that race as well.