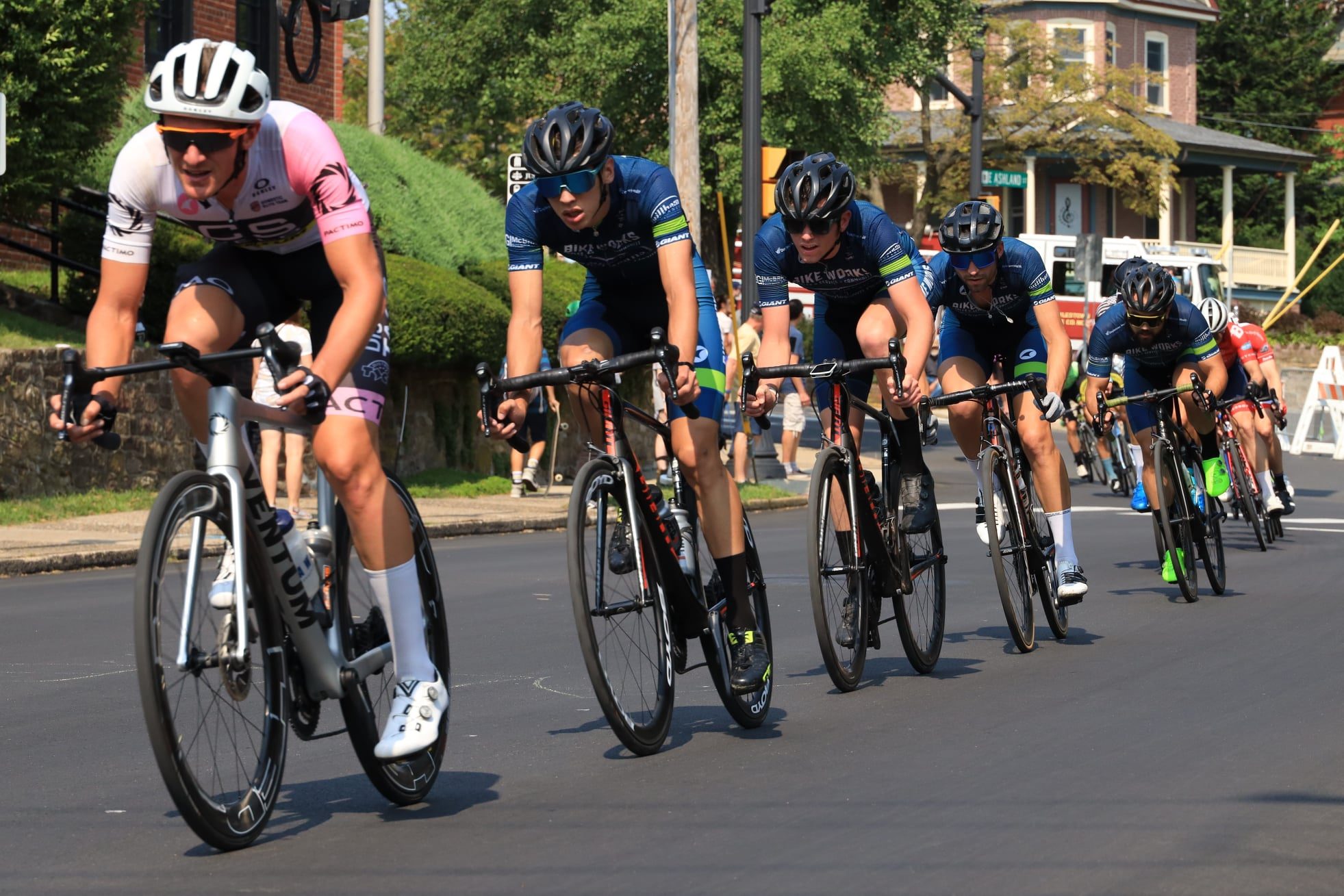 After a year hiatus the Bucks County Classic returned to the streets of Doylesotwn last weekend in conjunction with the Discover Doylestown Arts Festival. It was quite evident that providence was smiling on us because of the two days of perfect weather. They say God helps those who help themselves, and we are especially grateful to our title sponsors at the Fred Beans Family of Auto Dealerships who led the way among the many community sponsors who stepped forward to assure not only this year's race but the future of the event. 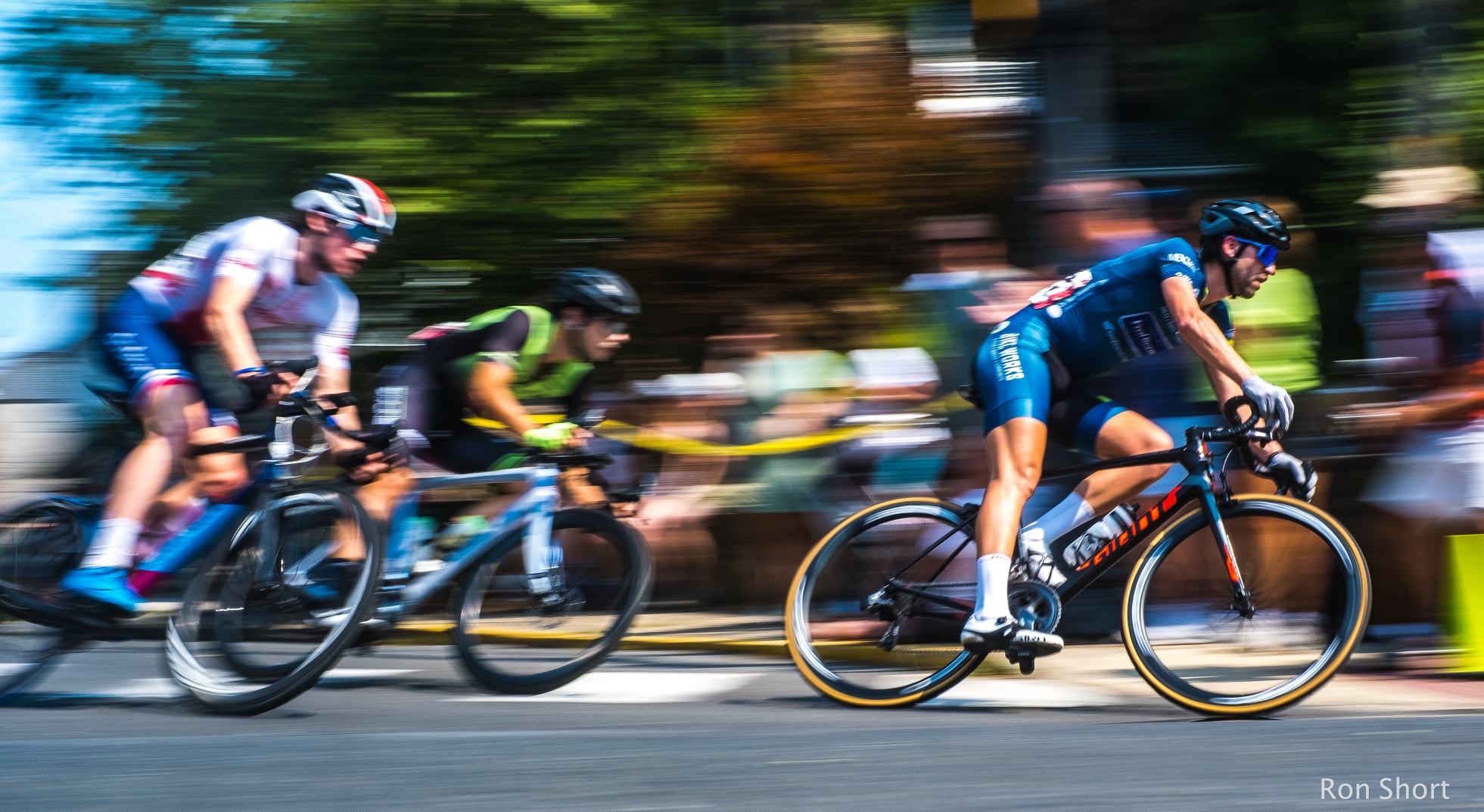 Our 2021 squadron for the Men's Pro Race for 2021 consisted of: Gui Nelessen (Lambertville), Colin Fitzgerald (Orefield), Chris Meacham (Doylestown), Andy Dudle (Emmaus), Connor Thompson (Sinking Springs) and Marc Kubushefski (Emmaus). This is the 3rd time that we've fielded a team of local athletes in the Men's Pro Race in Doylestown since 2017. The Bucks County Classic race course is known as being difficult because of its elevation, length and tight and tricky turns. Unfortunately, this year's race was marred by a number of crashes resulting in moderate injuries to racers. We are thrilled to say that our athletes escaped unscathed but the delays had the effect of breaking up the field and led to a four man break-away that managed a two minute lead on the pack. With five racers crossing the finish line and no injuries we can go ahead and call it a success. You can see the full results of the 2021 Bucks County Classic here. 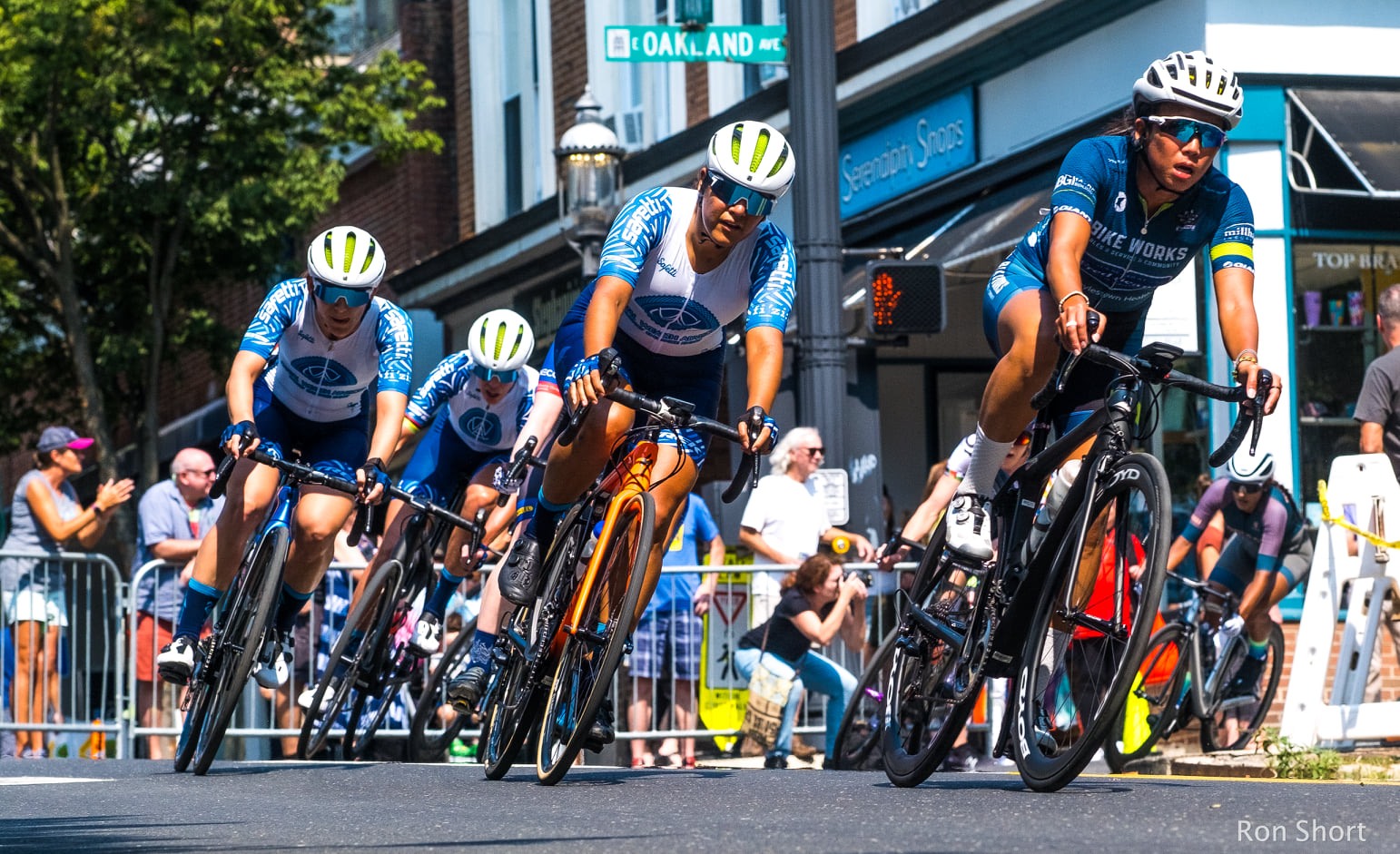 The Doylestown Health Pro Women's Race featured a strong field led by the CWA Racing p/b Trek and the locally-based Fearless Femmes teams. We are so proud to have had Jessica Chong (Lehigh Valley) representing our team in the field. Jessica is only the second local woman (and first finisher) to represent us in the history of the Bucks County Classic. Chonger finished 7th in the twenty-two woman field and was right there at the end in a close sprint. Special thank you to Doylestown Health for their sponsorship not only of the Women's Pro Race, but also our local team. 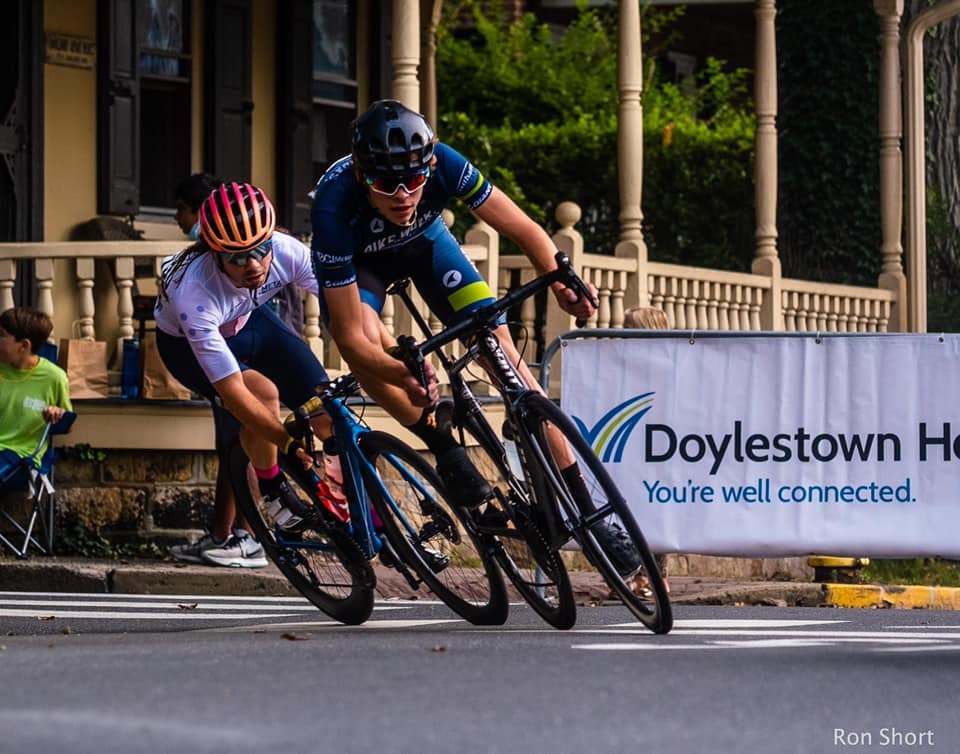 We were proud to enter seven local athletes in the Men's Amateur Race which is the largest team contingent to ever represent us in that race in the history of Bucks County Classic: Alden Weinhold (Doylestown), Steve Szabo (Doylestown), David Szabo (Doylestown), Rob Beighley (Buckingham), Zak Andrews (Glenside), Joey Kubushefski (Emmaus) and Dominic Frascella (Lansdale). In another first, Alden Weinhold finished 3rd overall, making him the not only the first member of our team to ever reach the podium at the Bucks County Classic but also the first ever resident of Doylestown to do so. Did we mention he's a fifteen year old student at CB West? Also of special note, Dave Szabo of Remedy Simulation Group and Rob Beighley of the Solebury Club not only race for our team, but are also sponsors. Thank you to them for their special support. 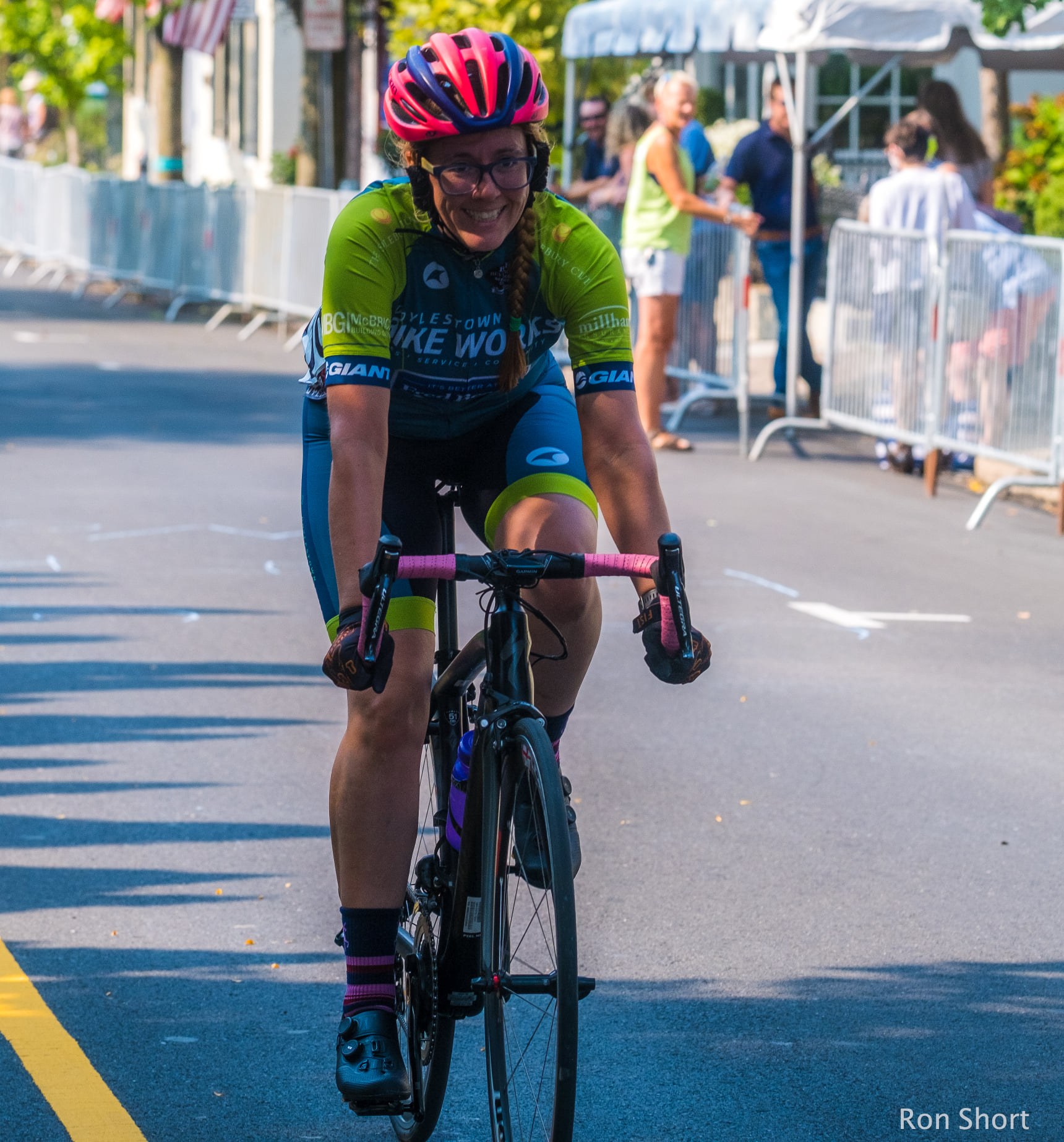 Finally, a special shout-out to Rena Frascella (Lansdale) who became the first woman to represent us in the Women's Amateur Race in the inaugural year of that race. You may know Rena as a member of our bike shop team, but we know her as a lover of all things cycling and never afraid to throw herself into a new and difficult discipline of cycling and the Bucks County Classic is definitely not the shallow end of the pool. Chapeau, Rena! Having a race specifically for amateur women is in our judgment incredibly important for the growth of our sport and our team mission of increasing representation of women in competitive cycling. It gives women the opportunity to race on a level competitive field, rather than being thrown into the pro women's race for numbers. Kudos to the Classic for their support of women's racing. 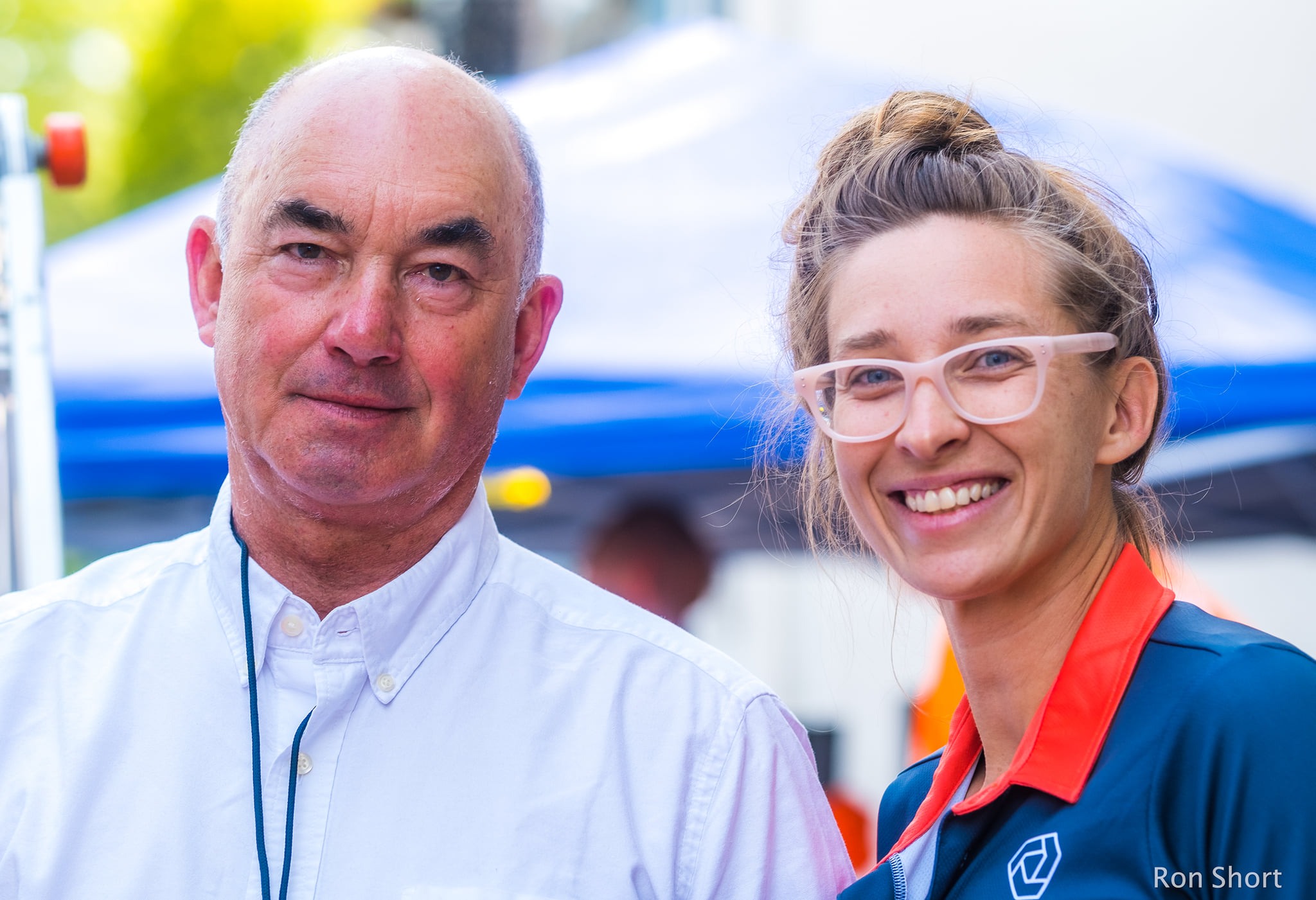 There are so many people to thank for making the race happen this year when its existence was never assured. Race director Laura Reppert (Reading) is the quiet but steadfast dynamo who leads the organizational team and whose determination is primarily responsible for the 2021 event occurring. She's pictured above with John Eustice (Warminster) who was the founder and many year director of the event. John was a professional cyclist who raced in Europe and a former US National Road Racing Champion who inspired many of us kids growing up in Bucks County with an interest in competitive cycling. Thank you to Mikey Maney, Ron Short, Steve Thompson, and Robert Ryan who are among the photographic artists that help to capture the beauty and pageantry of cycling and help me to tell the story of our team. Also a special thanks to Jessica Esswein (Doylestown) who serves as volunteer coordinator for the race assuring the safety of racers, spectators, and visitors to the Arts Festival. Finally thank you to Bill Elliston (Easton) and Gary Thornton (New Hope) who not only have worked to help bring success to our team and to our bike shop business, but lend their talents to announce the race and describe the action to the spectators and on-line audience. We live in a special cycling community. 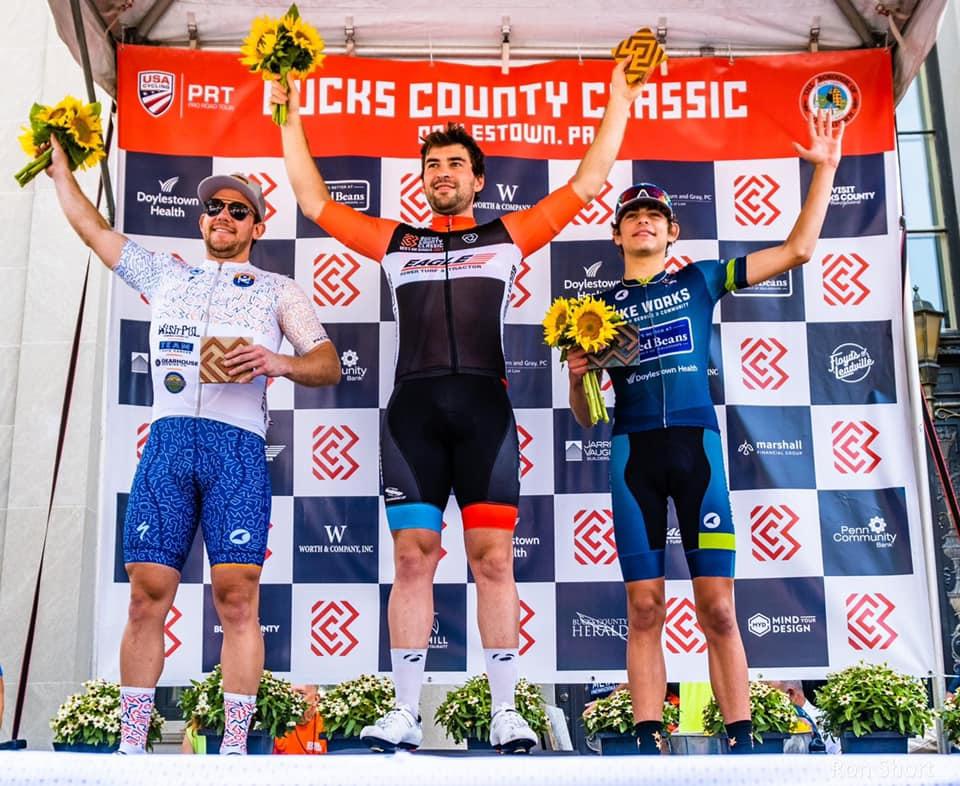 Alden Weinhold on the Podium of the Men's Amateur Race at the 2021 Bucks County Classic. Photo: Steve Thompson