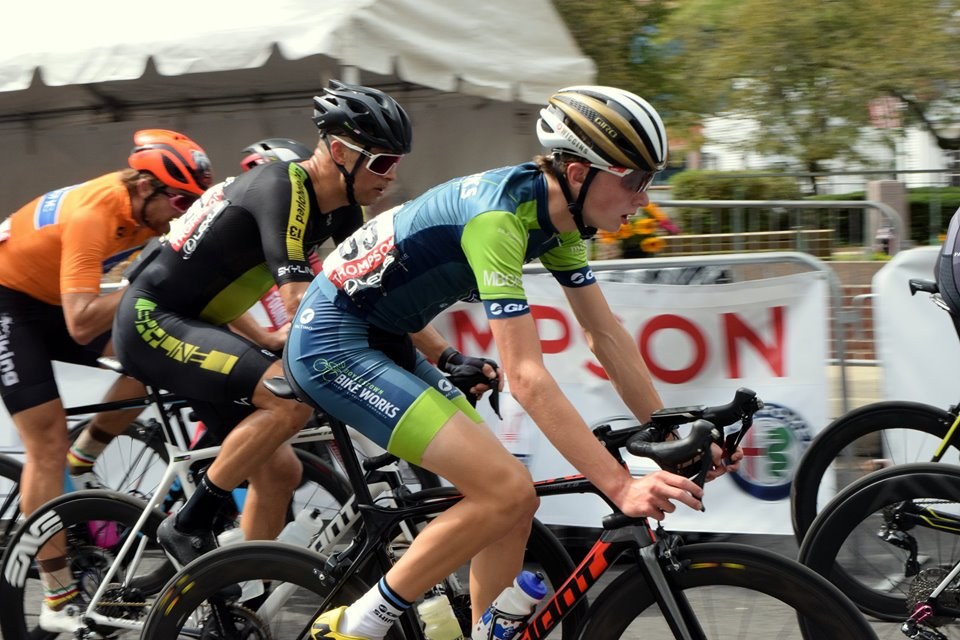 This Sunday was the scheduled date for the 2020 Bucks County Classic which always gets circled on our calendar with a big red pen. Rather than dwell on one more disappointment for 2020, we thought we'd take a look back on the really tremendous day our team had in 2019, and start making plans for bigger success in 2021. 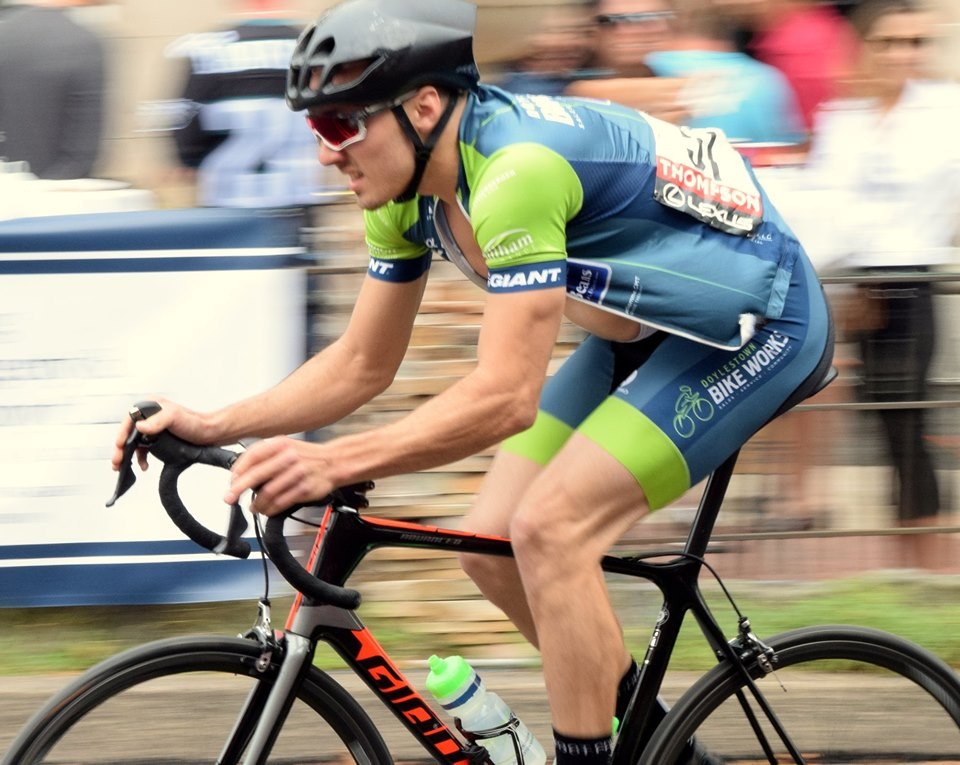 2019 reminded us never to take these events for granted. Despite a hugely successful day for our team, little did any of us know the changes that would transpire over a short-time period. Wes Kline (Emmaus, PA) capped his elite cycling career at the 2019 race which included being a on the US Junior National team, a successful collegiate career at Penn State, and being a pro road cyclist in the Airgas program. 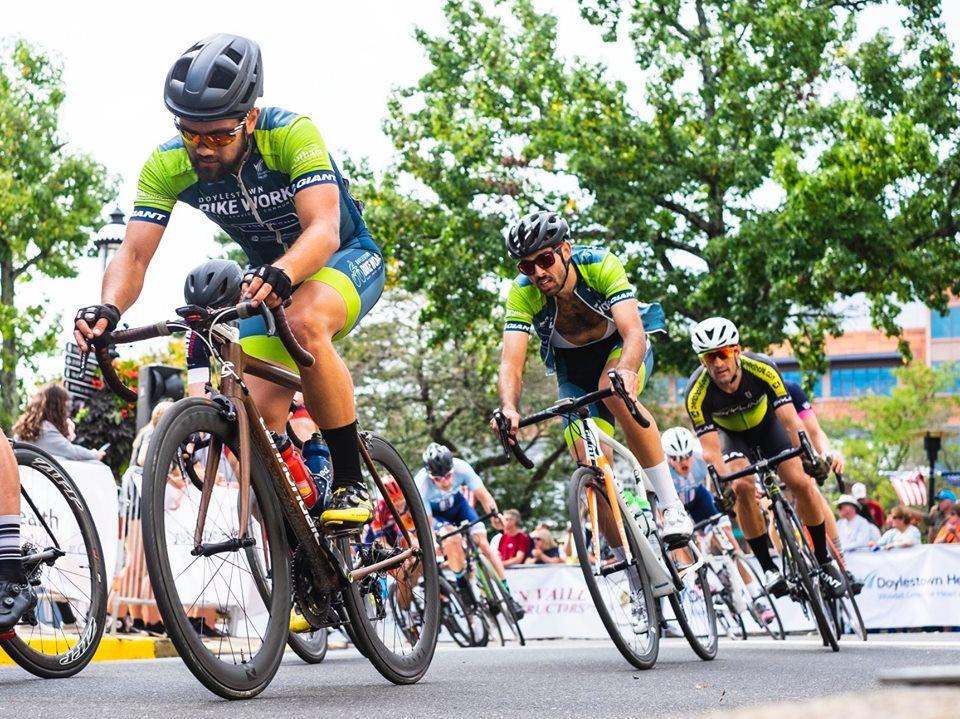 Chris Baccash (Doylestown) had the race of his career finishing 36th overall, in a field in which more than half the racer did not finish this grueling, fast and technical course. It was Chris' first result in the Bucks County Classic and he headed into the off-season with big plans for 2020. Very soon afterwards, Chris was thrown a life-changing turn when he was diagnosed with a brain tumor that required several major surgeries in the time period just around the holiday season. With the support of the medical team at the University of Pennsylvania, his family, his employers and his friends, Chris has made a full recovery and returned to the bicycle. Prior to the outbreak of the global pandemic, Chris made the decision to retire from competitive road racing and concentrate on his recovery and his career. We hope that in 2021 he might find some time to participate in our alternative racing calendar. 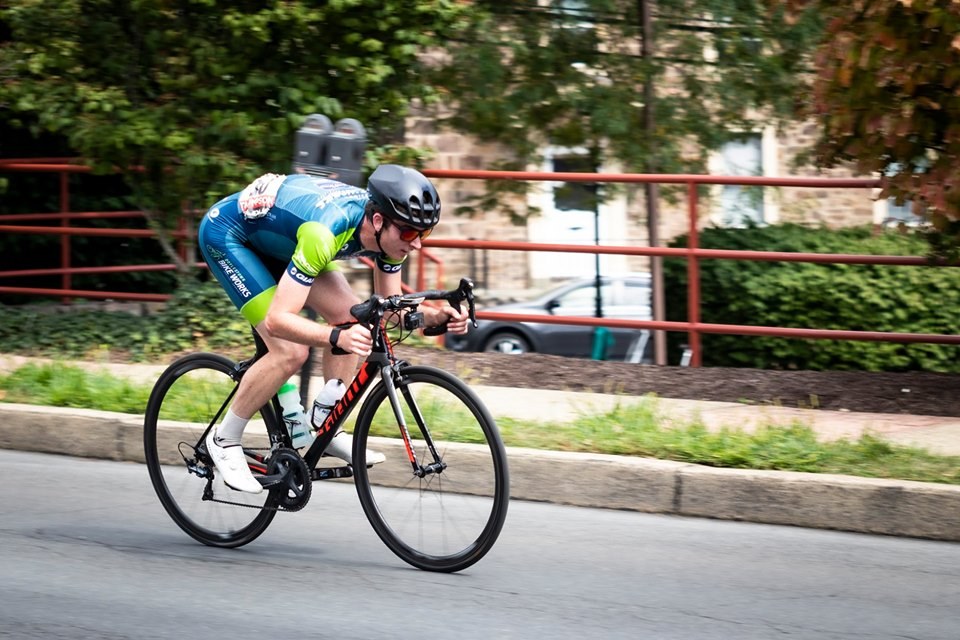 Colin Kelly (Ottsville, PA) is not only an original member of our elite team, but spent his high school years at Archbishop Wood working in the shop. After competing in the 2019 race, he graduated from Penn State University and has entered a career in internet security. Colin lived the "van life" in the Winter of 2019-2020 in Colorado participating in backcountry skiing. He is currently retired from road cycling, hiking, and chasing powder. We hear he's becoming a pretty ferocious mountain biker again though... 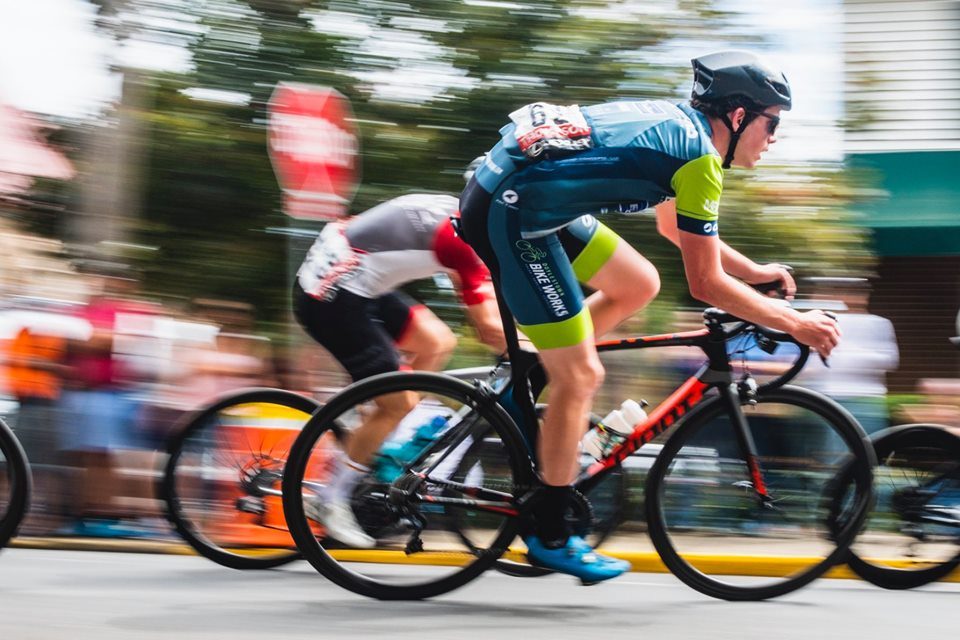 Chris Meacham (Doylestown) completed his 7th Bucks County Classic finishing 33rd in a field that saw less than half of the field complete the race. In 2020, we all looked forward to seeing Chris compete at the world's hardest mountain bike race, the Leadville 100 but of course events had a different plan for all of us. Chris has been using the downtime to concentrate on cross-training and dial in a vegan diet as he began preparations for the 2021 Leadville 100. Chris works as a coordinating engineer and performance specialist at ARCCA Experts/Epic BioSports Mechanics in Newtown, PA helping amateur and elite athletes dial their performance. Chris resides on the race course with his girlfriend Shannon and dog, George. 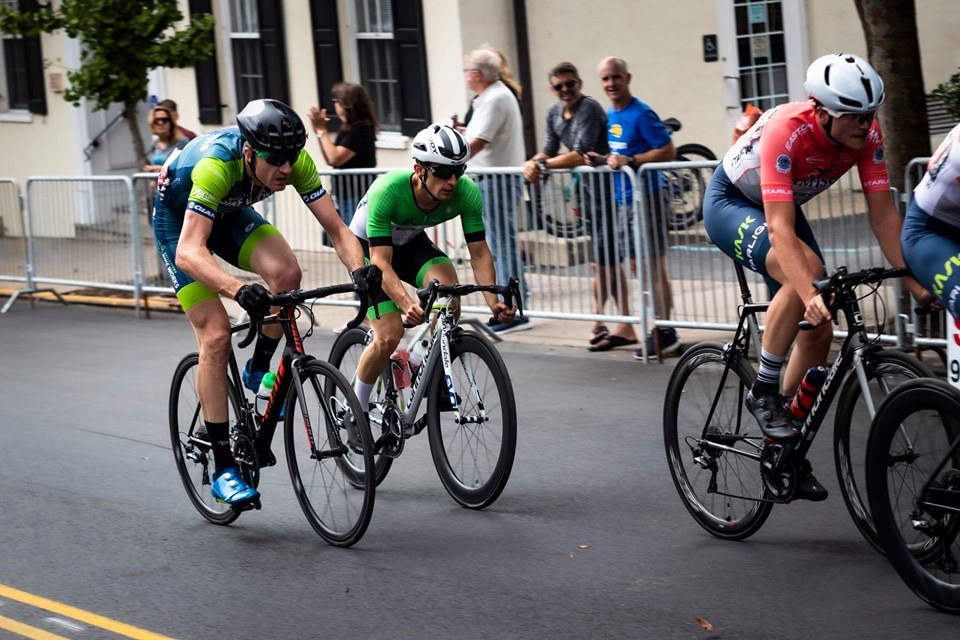 Jason is another original member of our elite team, a Doylestown native and a resident of nearby Lansdale, PA. Jason had an abbreviated 2019 season as he was in Europe for the bulk of the summer for work. Like Chris Meacham, we were looking forward to seeing him race the 2020 Leadville 100 in Leadville, CO when the whole world went nuts. Jason has taken advantage of the lull in racing to get in some long, slow rides and spend time with his wife Lindsay and young daughters. We look forward to having Jason back with us in 2021.

The first time I met Sam, was when he walked into our shop (age 7 or 8?) and announced that we should give him a jersey because he was going to be a famous pro bike racer some day. In 2019, Sam competed in his first Thompson Bucks County Classic as an elite racer and finished 39th out of 64 competitors while passing his own home 30+ times on the course. Sam was poised for a huge 2020 after a solid start this spring in the Tour of the Southern Highlands. Heading into his senior year at CB West, Sam will be a target for some of America's largest domestic teams and if that comes to pass, we'll all be cheering him on. Can't wait to see Sam in the Tour de France someday! 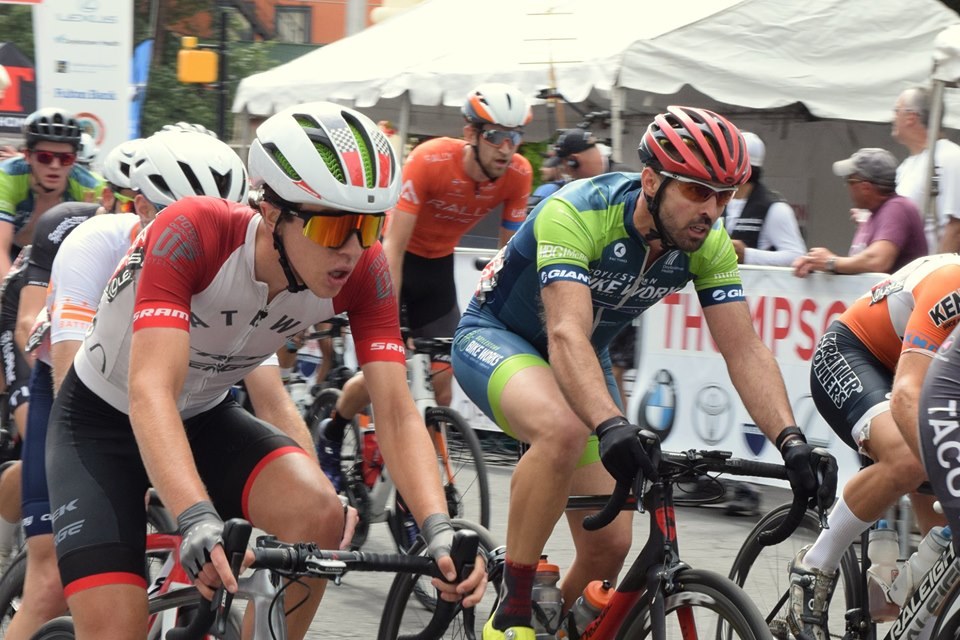 Former junior national track champion, and all around racing nemesis Gui Nelessen formally joined our team in time for the 2019 Bucks County Classic, finishing 21st. Gui brings veteran leadership and grit to our team, helping to guide younger teammates. The goal for Gui in 2020 was to break William A. Rowe's (Boston, MA) "hour record" on a Penny Farthing at the Valley Preferred Cycling Center in Trexlertown, PA. In 1883, no human had got 23 mph until William Rowe established a record on his high wheeler. One silver-lining of SARS CoV-2 is that we've all been hard at work in the basement building Gui a ripper of a Penny Farthing for his 2021 attempt. Gui resides in Lambertville, NJ with his wife Kylee and daughter, and is a genius of a wood-worker. Check him out at @lostinstudio on Instagram. 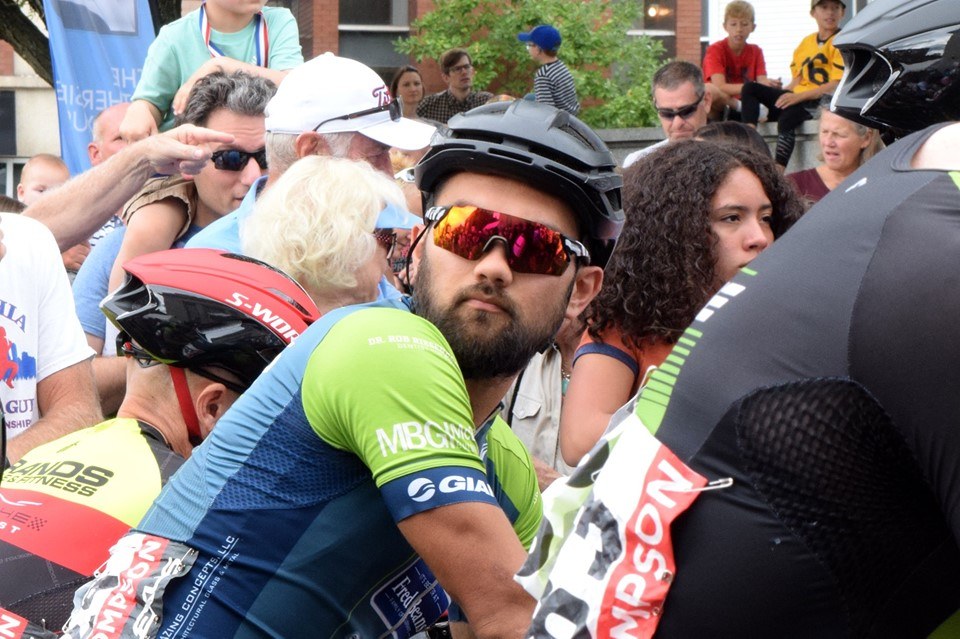 Of all the guys poised to explode in 2020, Andy Dudle came into the Spring flying. Andy is our team's sprinter and he was showing all the signs of fitness in the early season. We first knew Andy as a mountain biker coming out of his collegiate cycling career at Penn State University. In his first season with us, Andy made it under the gun to be a finisher at the brutal Bucks County Classic. Andy made the best use of the cancelled season by getting married to Olivia. He's also used the time to fall back in love with his mountain bike.

Check out this video of our team at the 2019 Bucks County Classic by Ryan Canney at Riverbank Creative, LLC. We'll see you in 2021.