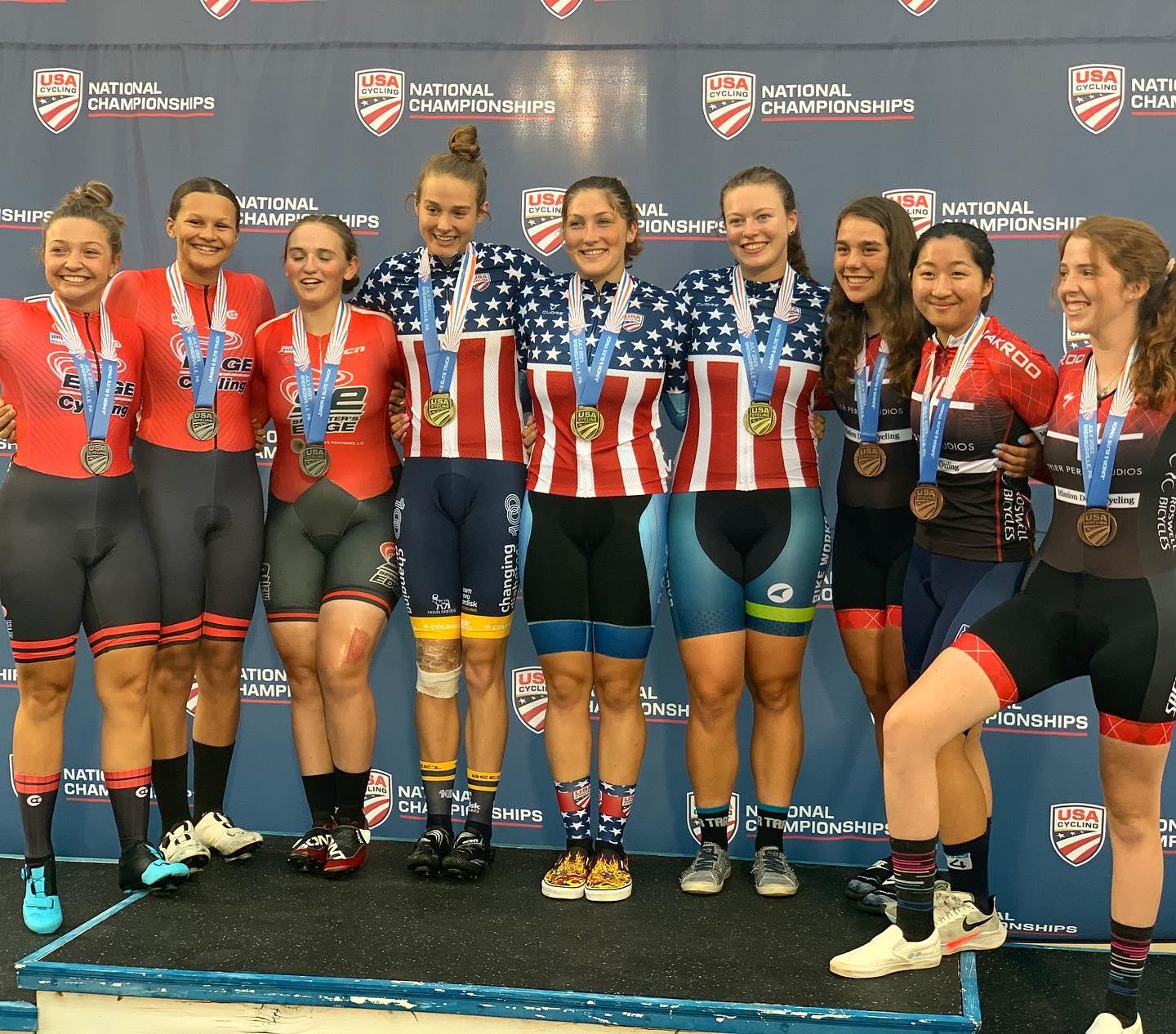 We're not going to lie. We were not disappointed when USA Cycling announced that the 2021 Elite, Junior and Para Track Nationals would be held on the home turf at the nation's premier velodrome, the Valley Preferred Cycling Center in Trexlertown, PA from Thursday, July 15-Tuesday, July 20th. Local athletes Danielle Shumskas (Pipersville), Bethany Matsick (Warrington), Jessica Chong (Lehigh Valley) and Andrew Dudle (Emmaus) had the opportunity to both be on their home track and be close to their own beds. When it was all over we had two more national champions and a bunch of podiums to add to our team's palmares. You can see full results from the USA Elite, Junior & Para National Championships here! 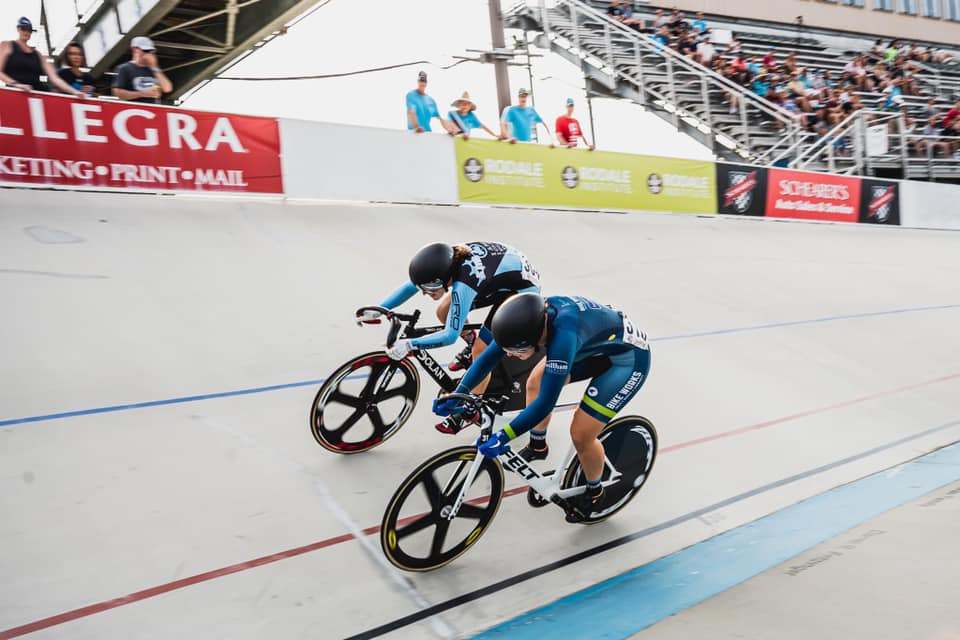 2021 CB East graduate Danielle Shumskas put it all together this week winning a USA junior (age 15-18) national championship in the women's team sprint (with teammates Mia Deye and Mckenna McGee), a bronze medal in the women's elite team sprint (with teammates Mia Deye and Stephanie Lawrence), and a bronze medal in the junior women's individual sprint. Earlier in the week somebody said to me, "nobody outworks Dani" and those of us who've followed her progress in the sport know that first hand. Congratulations to Danielle Shumskas, a USA Junior National Champion! 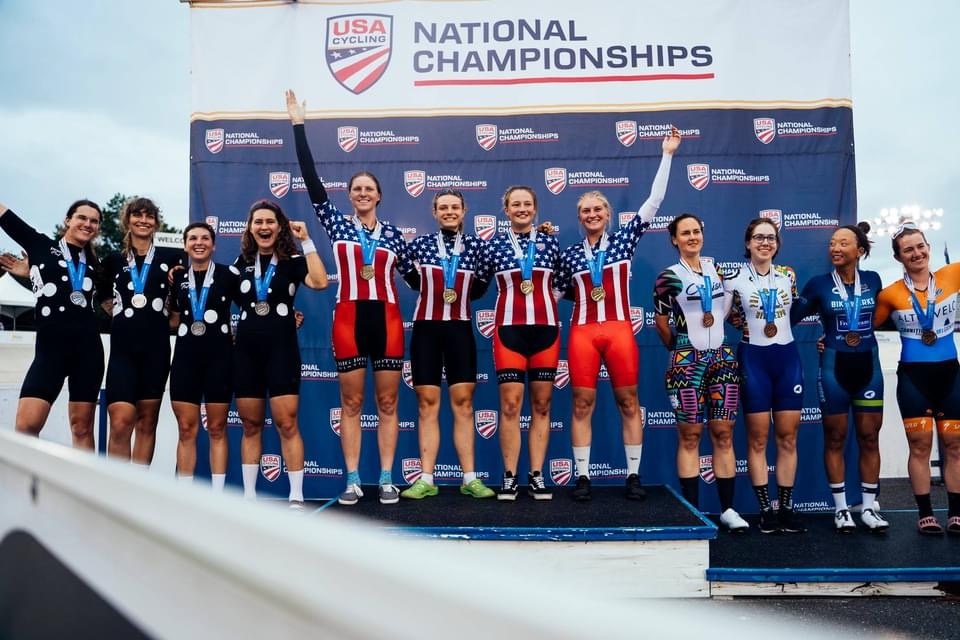 Warrington's Bethany Matsick is taking everyone in here by surprise. Bethany left CB South as a swimmer to study at Liberty University before coming to her senses and applying herself to the bicycle. We noticed her as a rising talent winning collegiate races in the southeast during a shortened 2020 season. Now a graduate student at Liberty University, Bethany returned to Bucks County as not only a seasoned road racer, but also an enthusiastic track racer. After a busy weekend of racing, Bethany found herself an elite national champion in the discipline of team pursuit with teammates Ashley Berton, Stephanie Lawrence, and Elizabeth Stevenson. Congratulations Bethany! 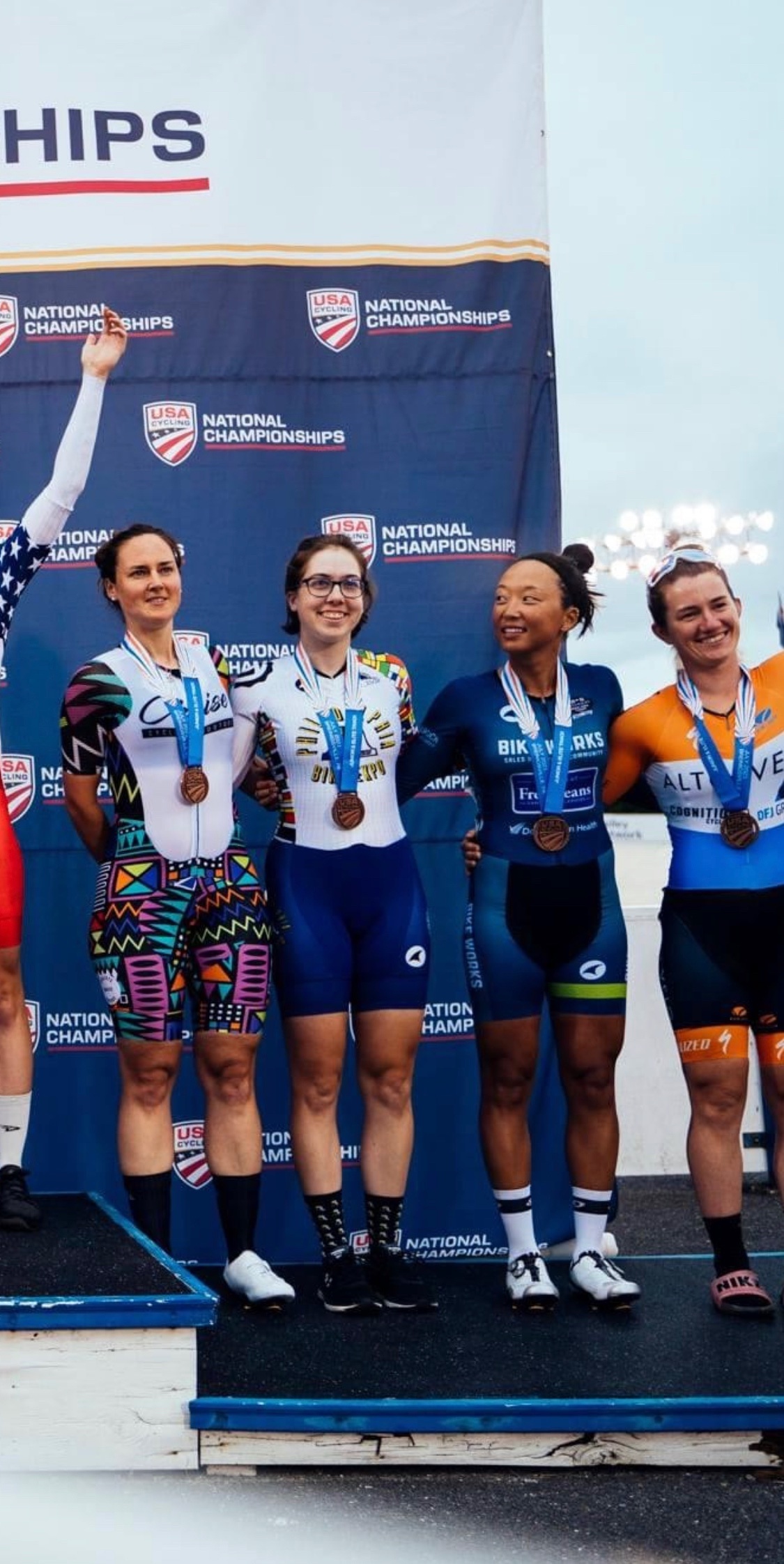 Jessica Chong (Lehigh Valley) has easily been our most aggressive racer this season, and this week was no different. Chonger competed in the Elite International Omnium (consists of four events), Scratch, Team Pursuit and Points Race. She gathered a bronze medal in the Elite Women's Team Pursuit (with teammates Kim Zubris, Vanessa Romano, and Skyler Espinoza) and a 5th place in the International Omnium. 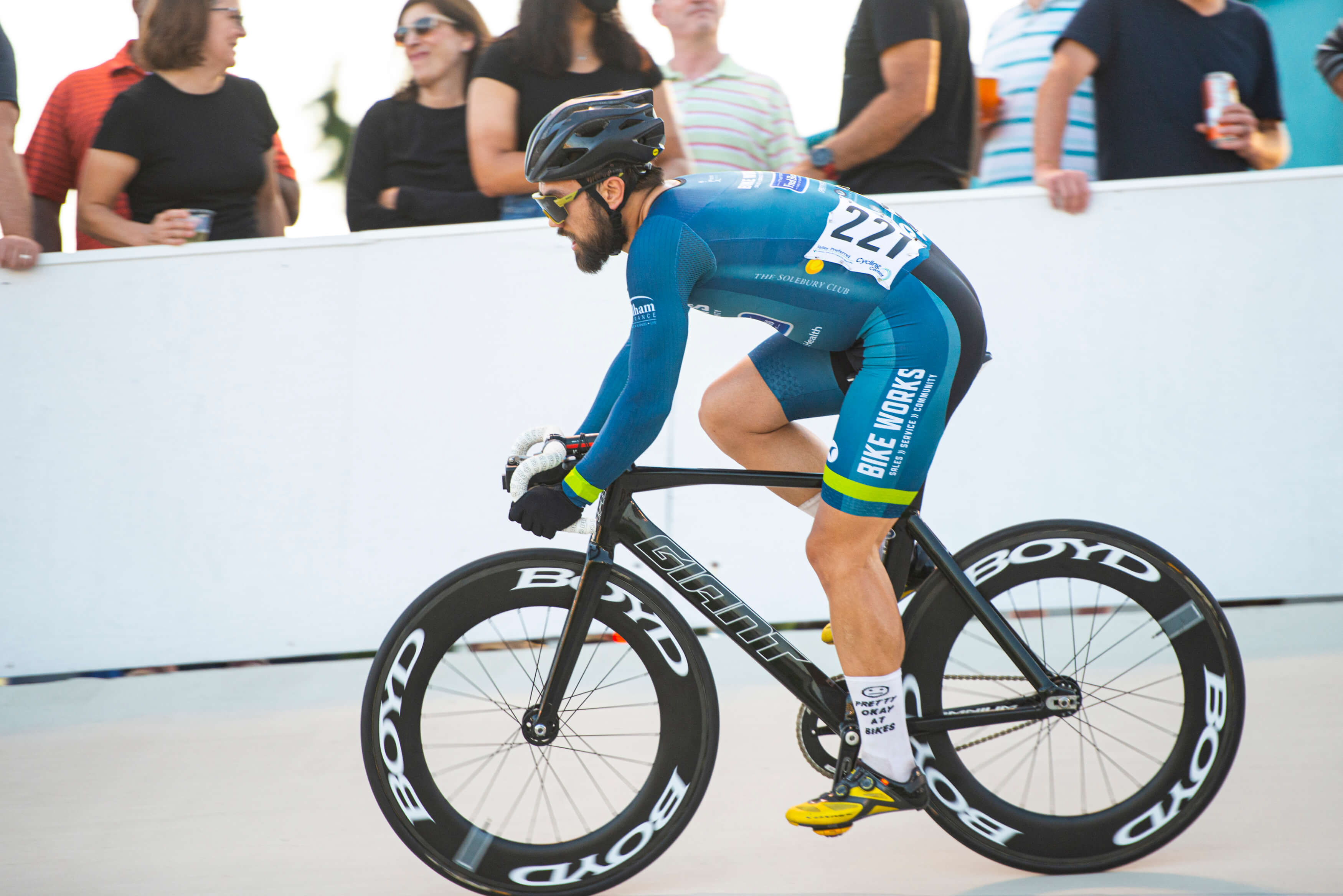 Andy Dudle (Emmaus) has taken on endurance mountain bike racing, track racing, criterium racing and road racing this season making him perhaps one of our most versatile elite bike racers in 2021. Andy participated in USA Cycling Road & Criterium Nationals in Tennessee earlier this season and hopped in on the action here at elite track nationals racing in the Elite Men's Points Race against a national field, finishing 13th. Not only does Andy deserve high praise for taking on this challenge, we think it will all pay dividends in Doylestown on September 12th. 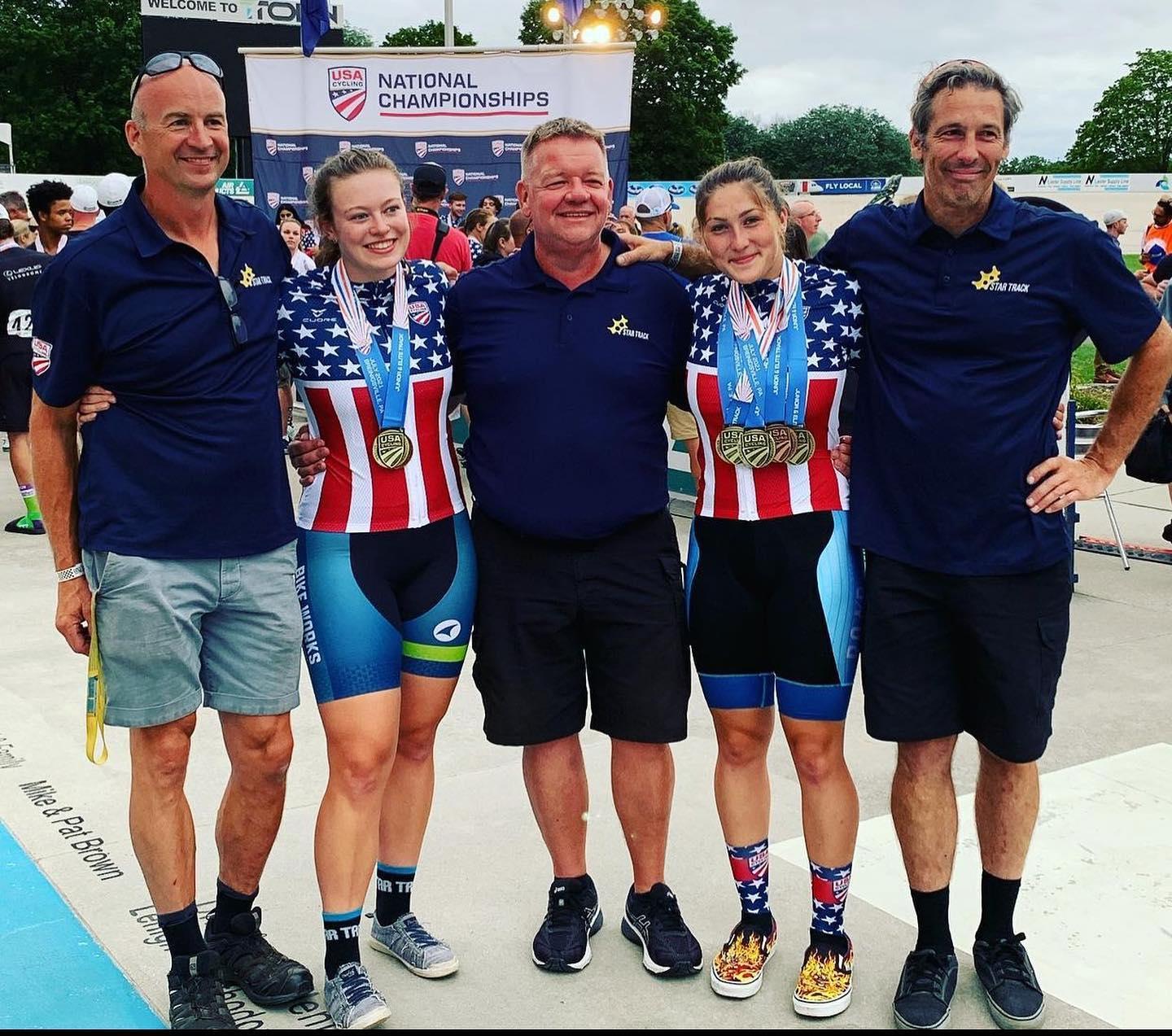 We'd be remiss not to mention the efforts of Tony Shumskas (Pipersville) who not only is the father of Bucks County's first family of bicycling, but also helped in every possible way to help make this year's USA Cycling Elite, Junior and Para National Track Championships happen. Events don't happen without significant volunteer efforts from people like Tony. Tony also keeps all of our team's track equipment in order at T-Town. Thanks Tony! 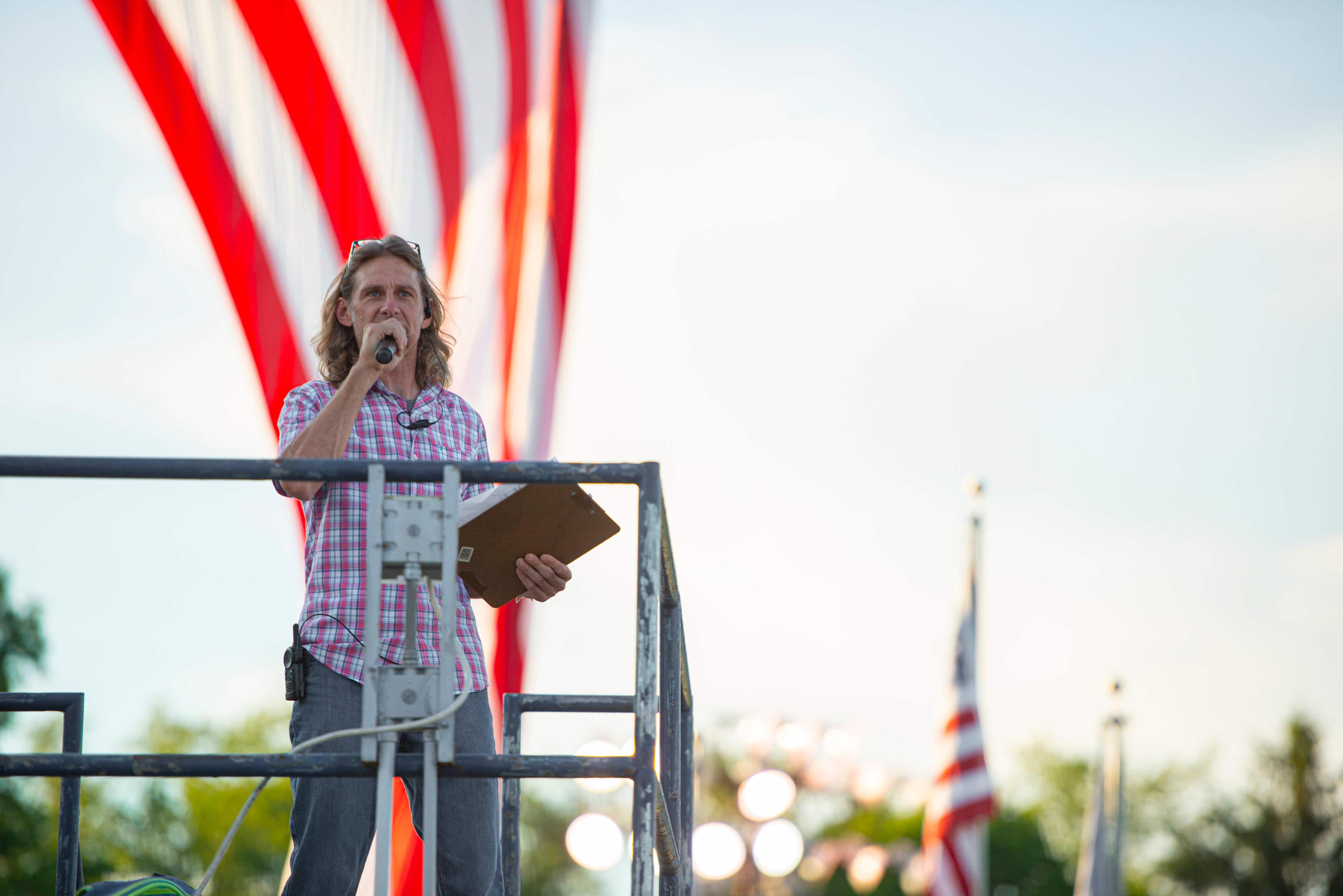 Furthermore, chapeau to teammate Bill Elliston who called the action during six days of racing during the event helping to bring the intricacies of track racing to the spectators. We'll be seeing Bill in Doylestown soon enough as he'll be one of the announcers calling the action at the Bucks County Classic!