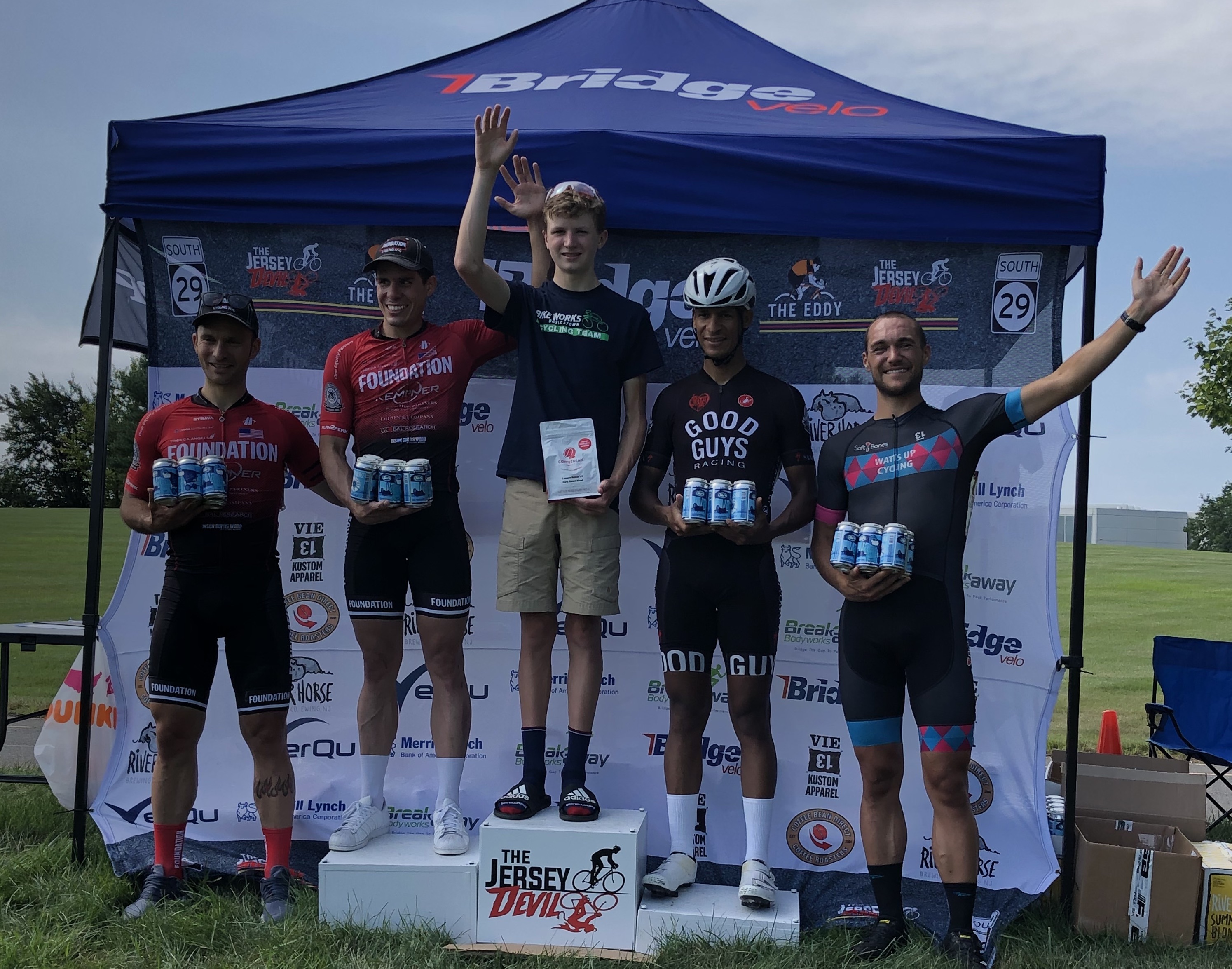 Sam Smith Tops the Podium at the 2019 NJ Devil

Sixteen-year old Sam Smith (Doylestown) has had quite a season. He has two international starts under his belt and earned his Category 2 racing license upgrade two weeks ago. All this before he even starts his junior year at CB West High School. On Saturday, Sam raced in the 2019 New Jersey Devil Category 1-2-3 race which also serves as the New Jersey State Road Race Championship. I'll tell you a secret, Sam told me in the week leading up to the race that he felt very confident about his prospects. Well, his confidence was warranted. Sam went on a solo break to win the race. You'll notice that all of his fellow podium-mates were rewarded with a six-pack of beer. Thankfully, Sam is fastidious about his diet and habits because the days for that reward are still a half-decade away. Way to go Sam!