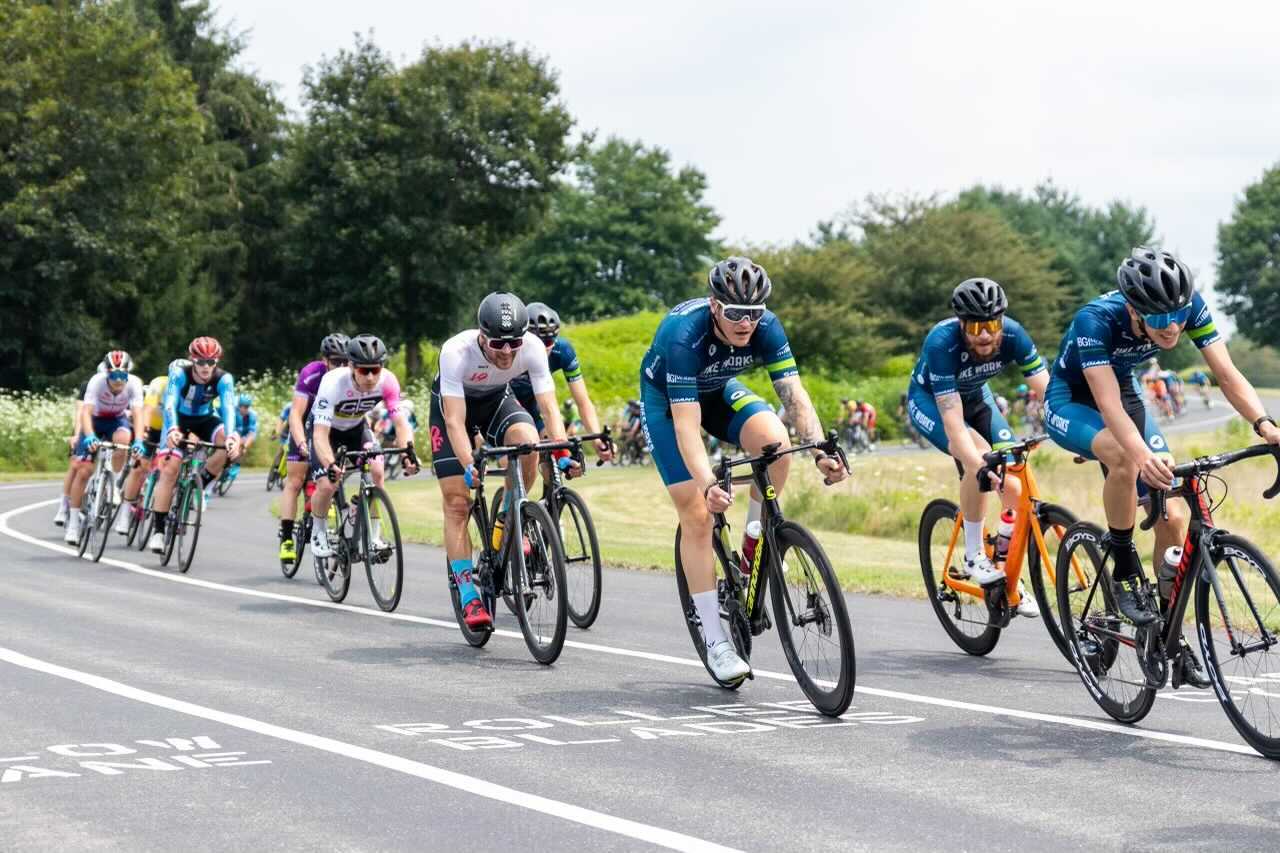 Connor Thompson, Marc & Joey Kubushefski in the break at the CAT 2-3-4 Race.

The Category 2-3-4 race at the Kitchen Road Criterium in Breinigsville, PA (Lehigh Valley) was an opportunity for racers who are going to be very important to our team in the coming years: Alden Weinhold (Doylestown), Steve Szabo (Doylestown) representing our junior racers; Rob Beighley (Buckingham) representing the other end of the age spectrum; Zak Andrews (Glenside) is a former Division III wrestling champion from Del Val University who balances family, work, and racing; Marc Kubushefski (Emmaus) is a member of our elite squad looking for his Category 1 upgrade; and Joey Kubushefski (Emmaus) looks a whole lot like his brother and while newer to racing is coming up fast. Super-exciting for us is that elite racer Connor Thompson (Sinking Springs) made his first official appearance for our team since joining in 2019. Pandemic aside, Connor has battled two-and-a-half collapsed lungs (it's a skinny boy thing) and we're so excited to have him back. 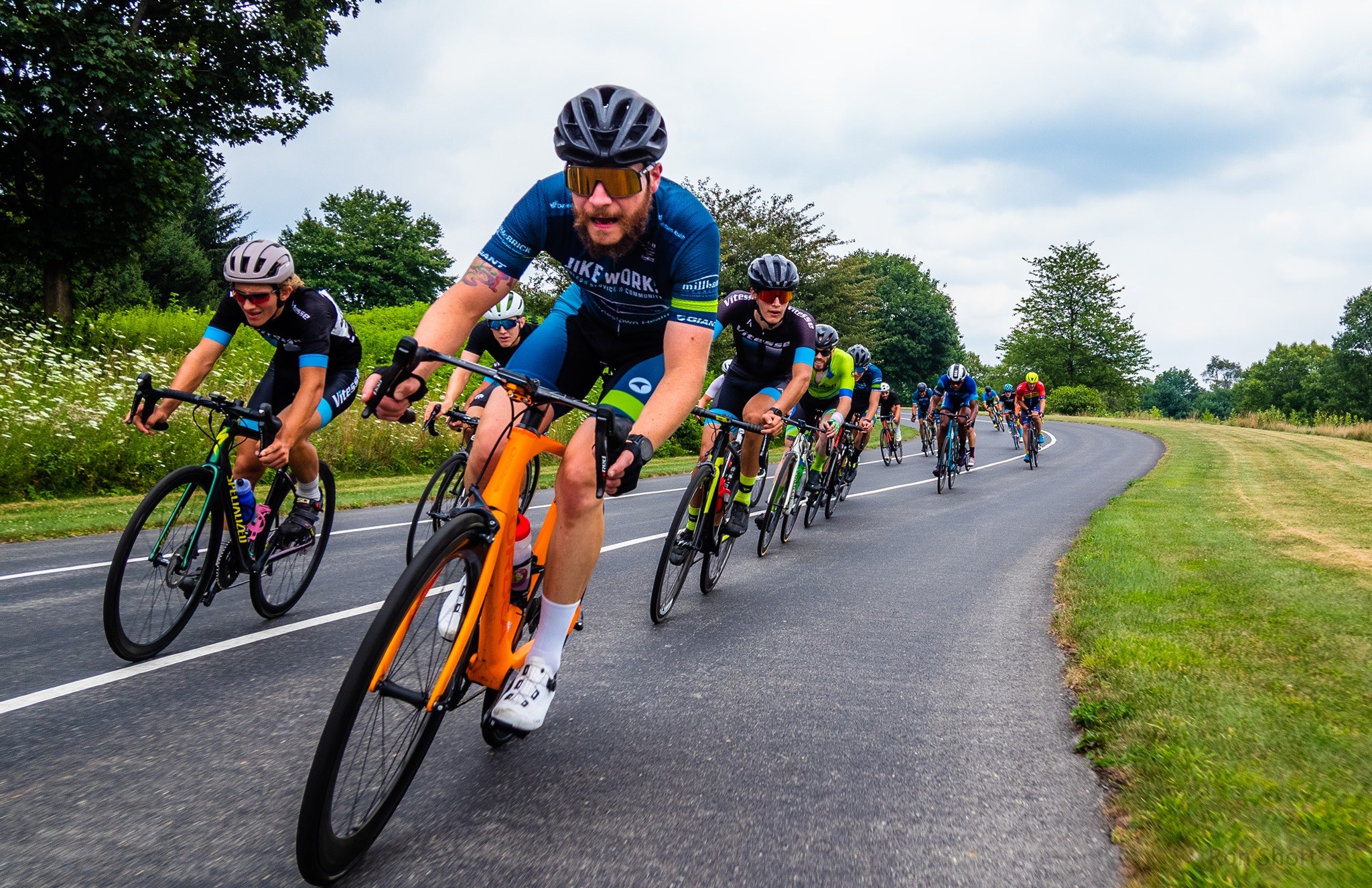 Team tactics are so important in bike racing, and our guys had a great plan to sprinter Zak Andrews in a strong position to win the race. If you saw any of this year's Tour de France, you probably have a strong sense of how dangerous the last kilometer of a bike race can be and this is especially true in criterium racing.

Marc, Joey, and Connor were in position to give Zak a great lead-out when another racer had a mechanical issue causing a big crash effecting both Marc and Zak. Fortunately Connor Thompson was able to escape the carnage and finish 2nd overall. So, a mix of elation and concern. Good news from both Marc and Zak is that after some acute medical treatment they are both safe and healthy. 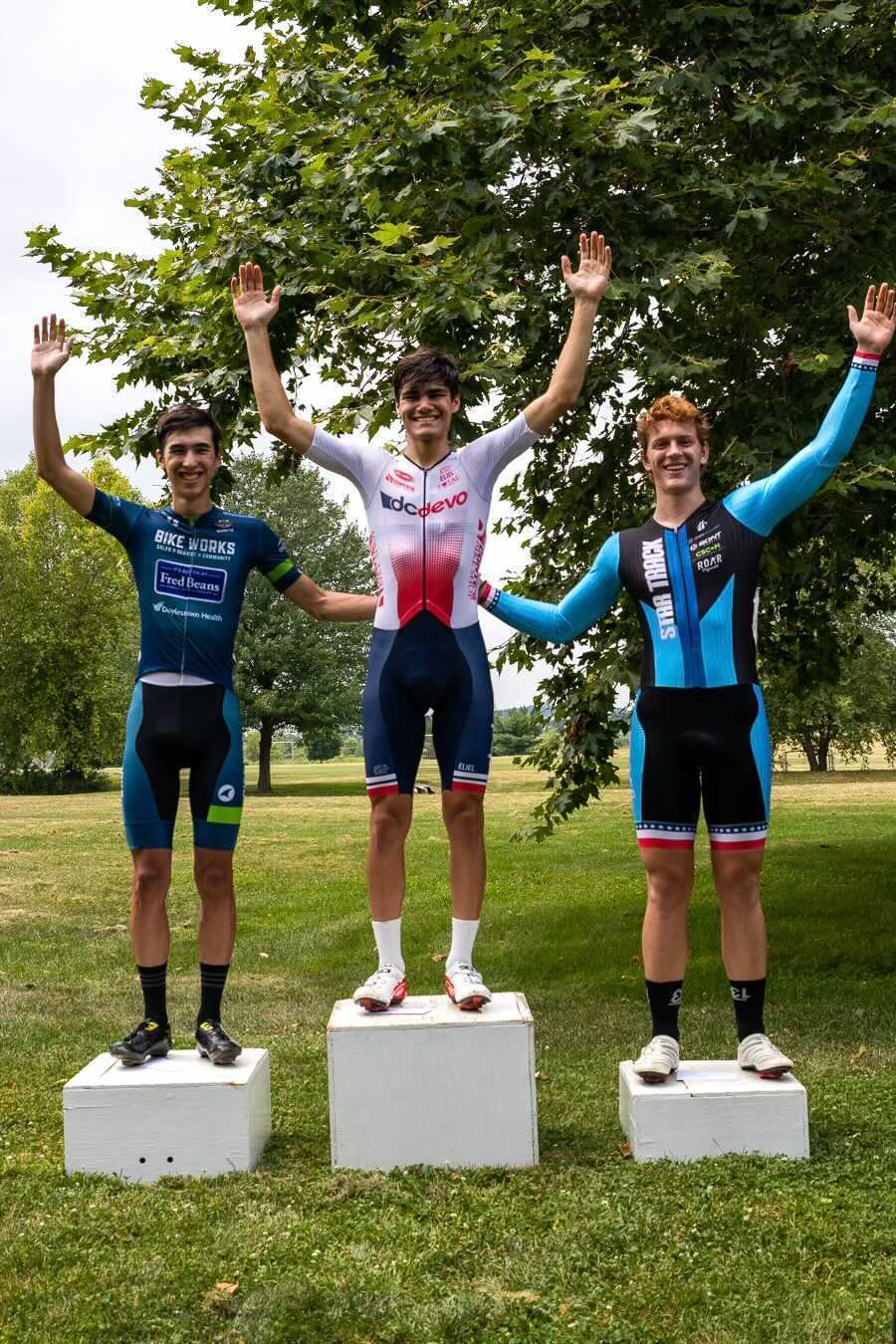 Connor Thompson on the podium at Kitchen Road. Photo: Dad 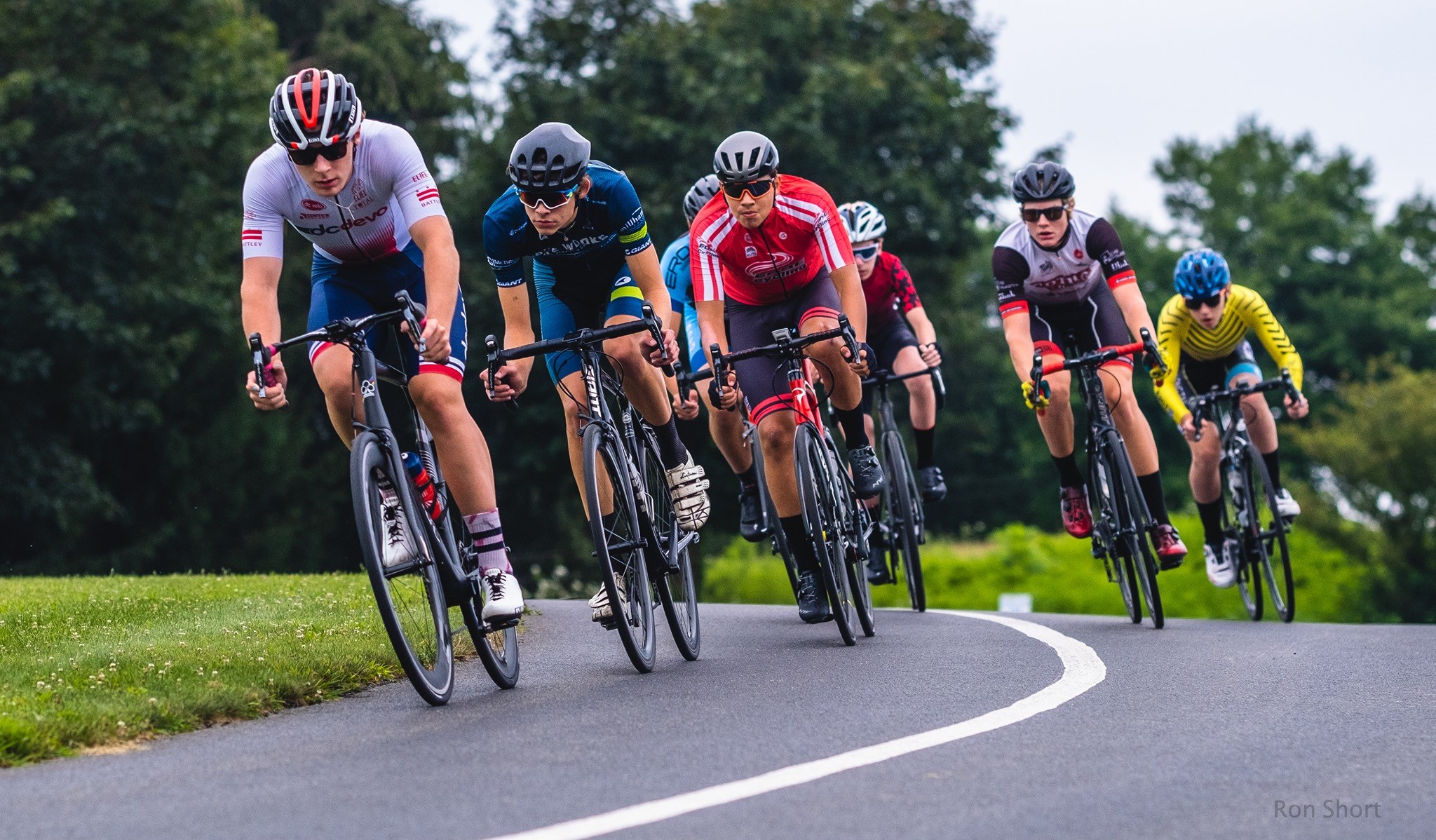 Alden Weinhold (Doylestown) earned his Category 3 upgrade during the week prior to Kitchen Road and continued his outstanding season with a 3rd place finish in the Junior Men Age 15-16 State Championships. 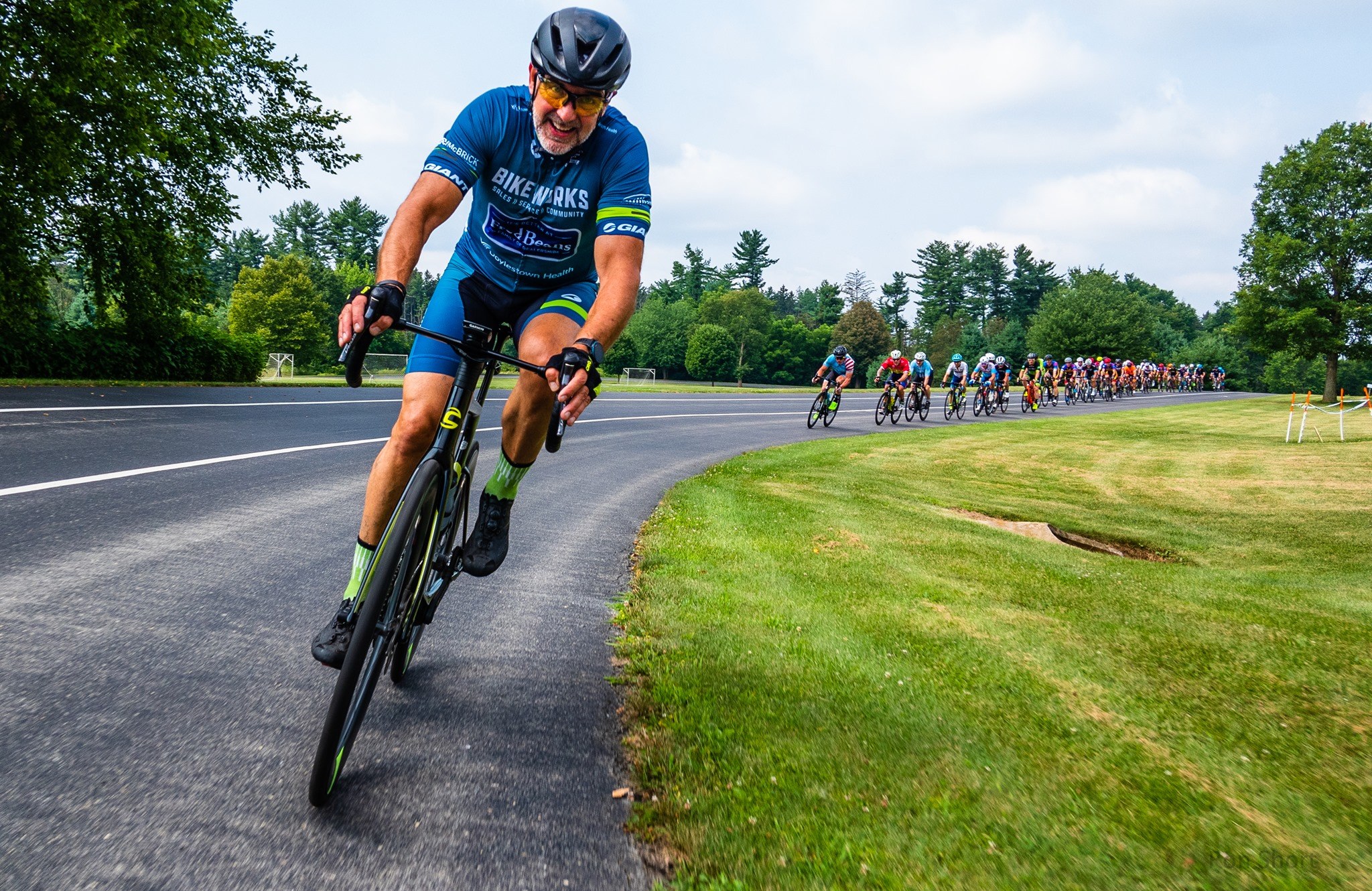 Doubling up races is one thing if you are a junior racer, but special kudos to sponsor (Solebury Club) and master's 55+ racer Rob Beighley who finished 18th. Rob also finished 29th in the Category 2-3-4 race. Also kudos to Steve Szabo who doubled-up racing in the CAT 2-3-4 and Junior Men's Age 17-18 race.