Track cycling is an exotic discipline with a language all its own. On Tuesday's at the Valley Preferred Cycling Center, pro and amateur bicycle racers come out to hone their skills on "Super Tuesday." Last night Andrew Dudle (Emmaus) and Sam Smith (Doylestown) took all the glory in the Category 2 races by winning the Omnium (multiple race event in track cycling). We'll try and explain Andy Dudle's summary below:

"First night of the race was the 500m chariot (a short, one-lap race) qualifier, which we both qualified for. Sam went on to win the Elimination (last person on each lap is eliminated) and American Tempo race (a long race where you get points by winning sprints in the middle of the race). In the tempo Sam rode-off-the-front after I attacked early, scoring some points in the first 2 laps and keeping the pace high. Our night concluded with the Chariot finals, where having the biggest gear (racers can use different size gears on their bike, the bigger the gear the harder it is to pedal but the faster you can go) came in handy and was able to take the win."

Thanks for clarifying everything Andy!!! 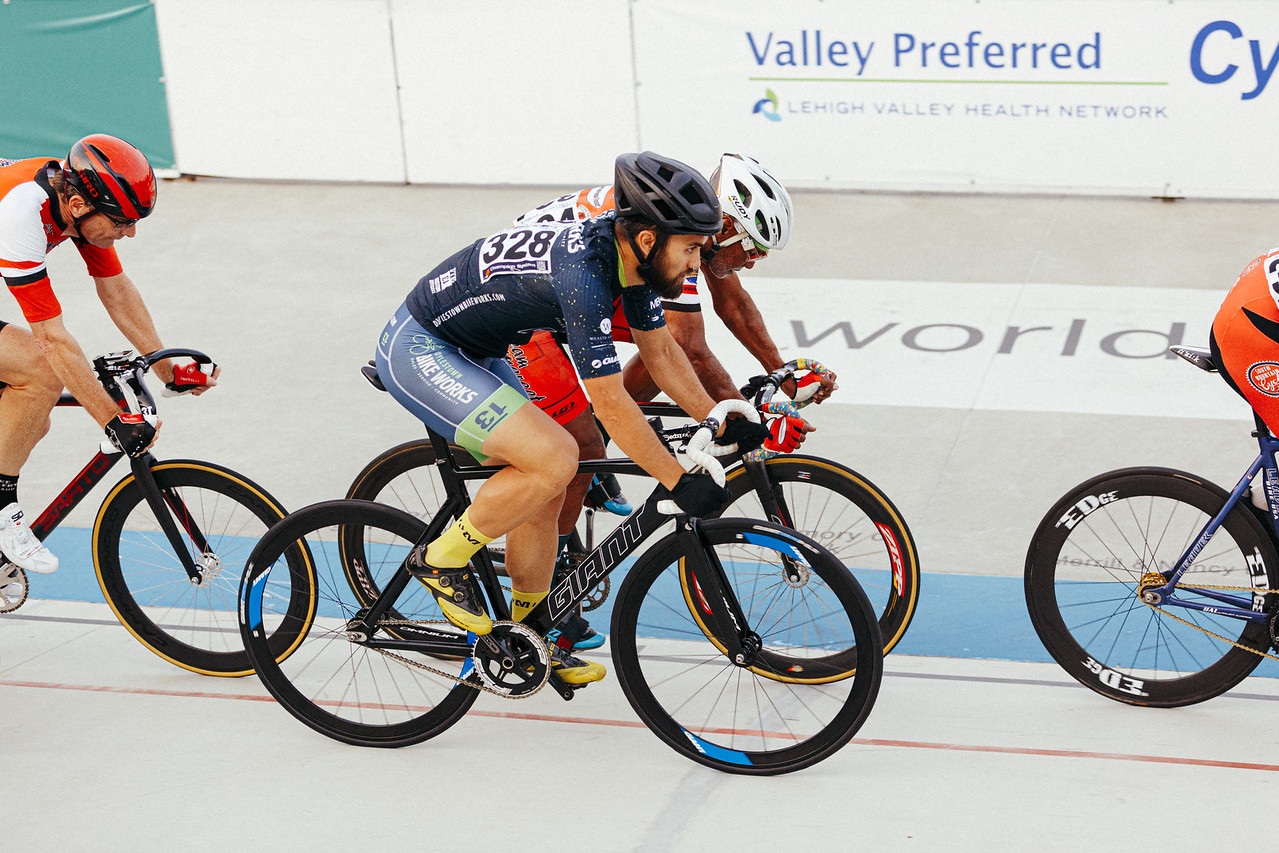 Andy Dudle Racing on the Track at T-Town. All photos: Mike Maney.