Joe Linderman Caps his Journey With A Win 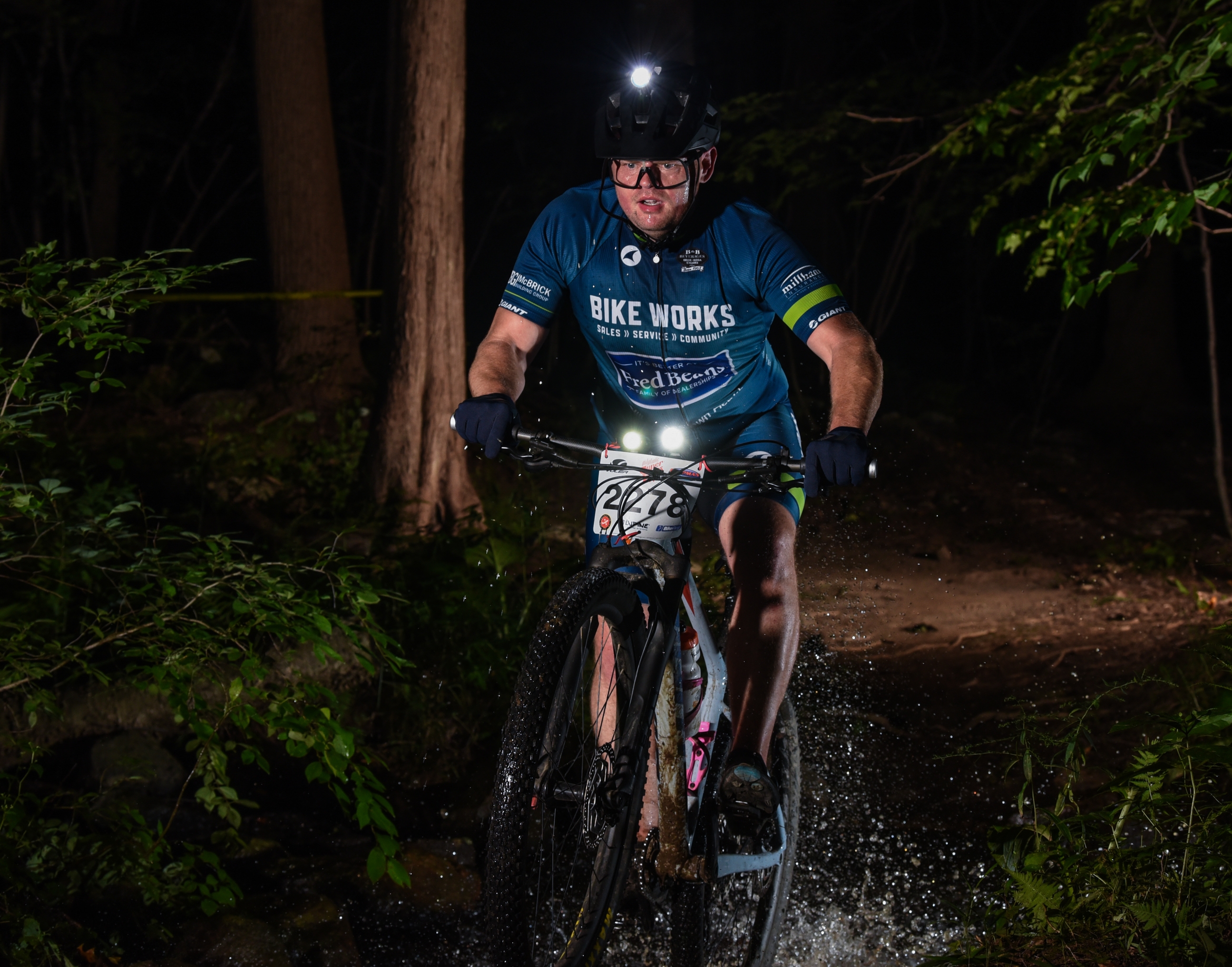 Joe Linderman Racing at the 2021 Late Night at Bear Creek.

People often ask when I started riding bikes and the truth is I just never stopped. I rode BMX until my early 20s and then transitioned into mountain biking. I always enjoyed it and always had the skill and ability. Fitness and stamina were not always the case. In 2014, my weight was an all-time embarrassing high of 345 lbs. I was determined to change that and bike racing became a tool and a means of accountability for me. That year I competed in 4 mountain bike races and 1 cyclocross race. The final mountain bike race that year was at Blue Marsh State Park and I took 3rd place. I believe around that time i was weighing around 255 lbs. Over the next few years I did some more racing but also cycled up-and-down with my weight. When COVID hit I think i gained 20 lbs. pretty quickly and was up to 315 lbs. I was still riding and enjoying every minute on the bike but I missed racing. I was determined to continue what I started back in 2014. 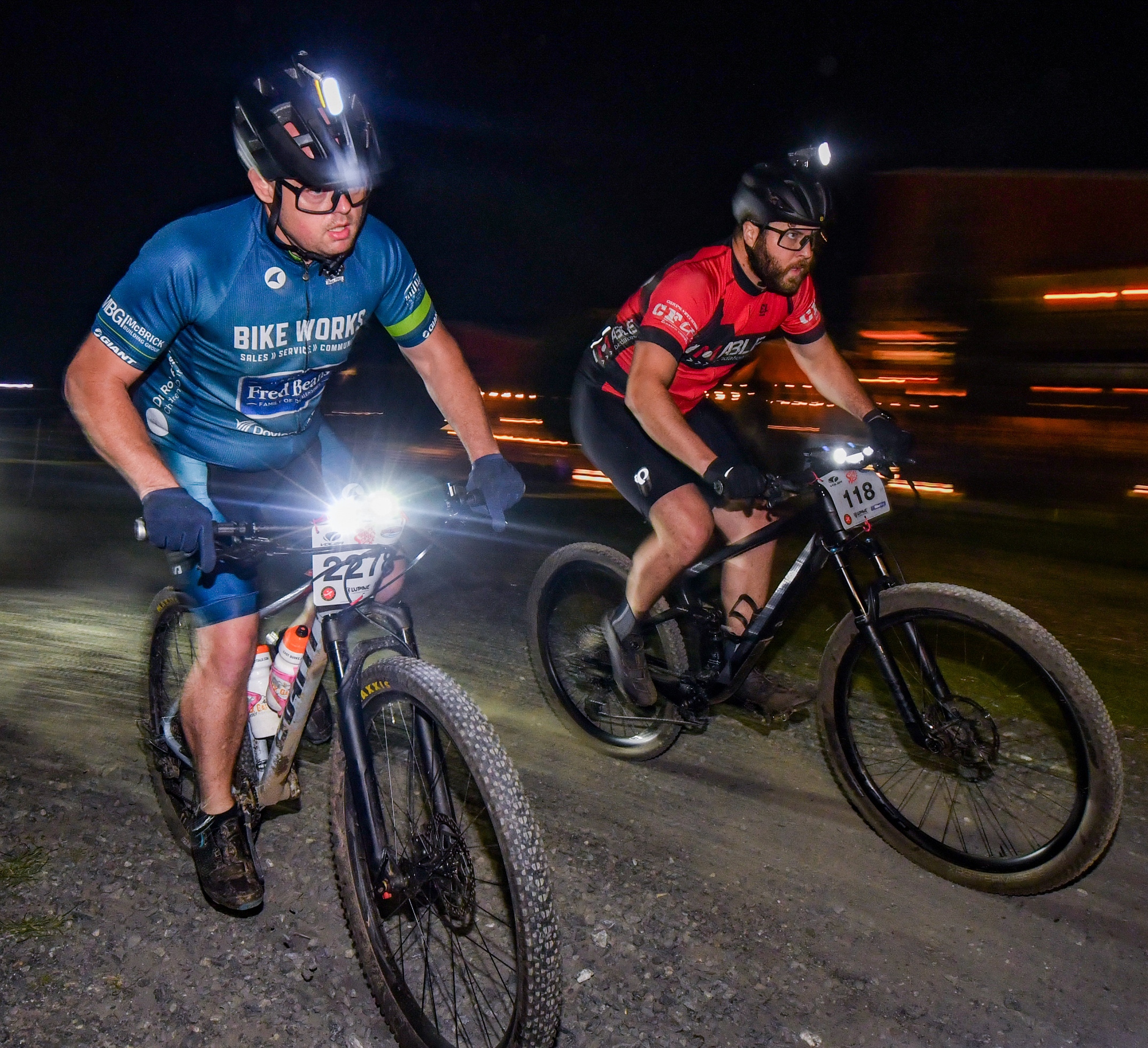 Yep, he's racing in the woods at night at Bear Creek

My philosophy for weight loss is about as simple as it gets. Burn more calories than you eat. Obviously it's more complicated than that but at the end of the day that's the simple answer. I once read an article about Magnus Lygdback who is a personal trainer for stars in Hollywood. He prepares them to be in top physical shape for their movie roles. What stuck with me was him saying that for every 20 meals you eat, 17 of them need to fit the criteria for your diet plan. After that the other 3 become less important. The biggest changes I've made are portion control, not drinking calories, not snacking at night, and eating whatever you want sometimes. I had a turkey hoagie last night and while really that's not all that unhealthy it's no longer something I eat normally. So it was sort of a treat. My go-to food intake on a day-to-day basis is usually a nonfat greek yogurt, a snack which might be a protein bar or granola bar, salad for lunch, string cheese or peanuts as an afternoon snack, and a meat protein with vegetables for dinner. I've tried to eat a lot less carbs and more protein. It's not always perfect but it doesn't need to be and if you aim for perfection with eating you're more likely to fail. There needs to be some balance and give and take. I try to ride 3-4 times a week. I much prefer mountain biking but if i'm short on time or feeling lazy i'll do a 15-mile road ride from my house. I've been working out 1-2 times a week, usually full body movements and high intensity things. By the time the Bear Creek Night Race came around my weight was around 215 lbs. I've been stuck at 215 lbs. for about a month but the scale isn't the only way to measure progress. 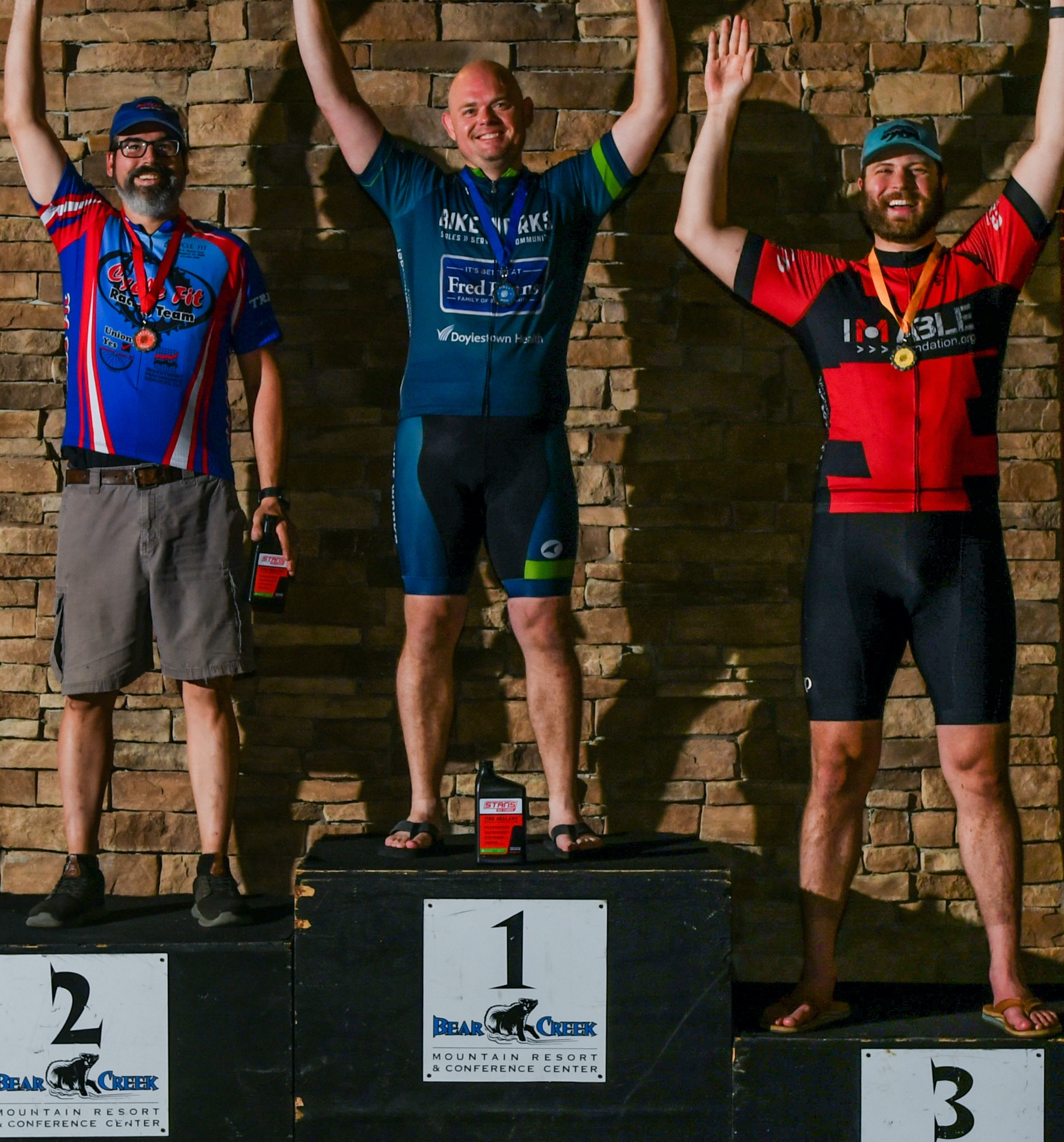 Joe atop the Podium at the 2021 Bear Creek Night Race,

Racing the night of August 6th at Late Night at Bear Creek with a start-time of 10 PM was a little crazy to me. I've spent plenty of time at night riding in my life but usually in the winter so I was a little rusty. That week I made it a point to ride late at Wissahickon Park with some friends to try to get re-acclimated. I knew the Bear Creek course enough to be comfortable but also knowing there's some tricky areas that can tie you up and slow you down. My goal was to enter the woods off the start in 2nd or 3rd place and see how it went. The race started and I was able to get into the woods in 2nd. I spent the entire climb up the mountain on the wheel of the leader following his pace knowing I was still in my comfort zone. Once we got to the top and the narrow rocky single track became a wide gravel double track we chatted for a minute matching each others pace. I literally said out loud " I hope i don't regret this". I felt good so far at that point I decided to up the pace and take the lead. Through the descent down the mountain I believe we went back and forth a few more times but we continued to pass other riders and coming out of lap 1 onto lap 2 again were side by side. I believe he allowed me to enter the woods to start the final lap in the lead. He stayed on my wheel this time. I maintained a similar pace to our first lap. We still continued passing other riders this time going up the climb. By the top of the climb all I knew was no one was directly behind me. I also learned at that point all you see is a bright light and can't tell who's back there anyway. I continued to race my race and pushing myself when I could. Still flying down back to the bottom of the mountain riding through some of the final technical sections. Up until this point all i knew is someone was behind me but no idea who. The final section before the double track finish line is a full circle around the pond. I pushed as hard as I could until most of the way around the pond I realized there was a big gap with whomever was trailing me. What was about to happen started to hit me. I continued the last little bit up a winding double track making the final left turn and crossing under the finish line. I knew I'd won. I knew I just finished a rather technical course almost flawlessly. Like i said previously over the last month my weight hasn't moved even despite all my riding. I've had no doubt my body was still changing, gaining muscle, getting leaner. This was the way to measure my progress. Standing on the top step of the Men's CAT 2 Clydesdale Division.