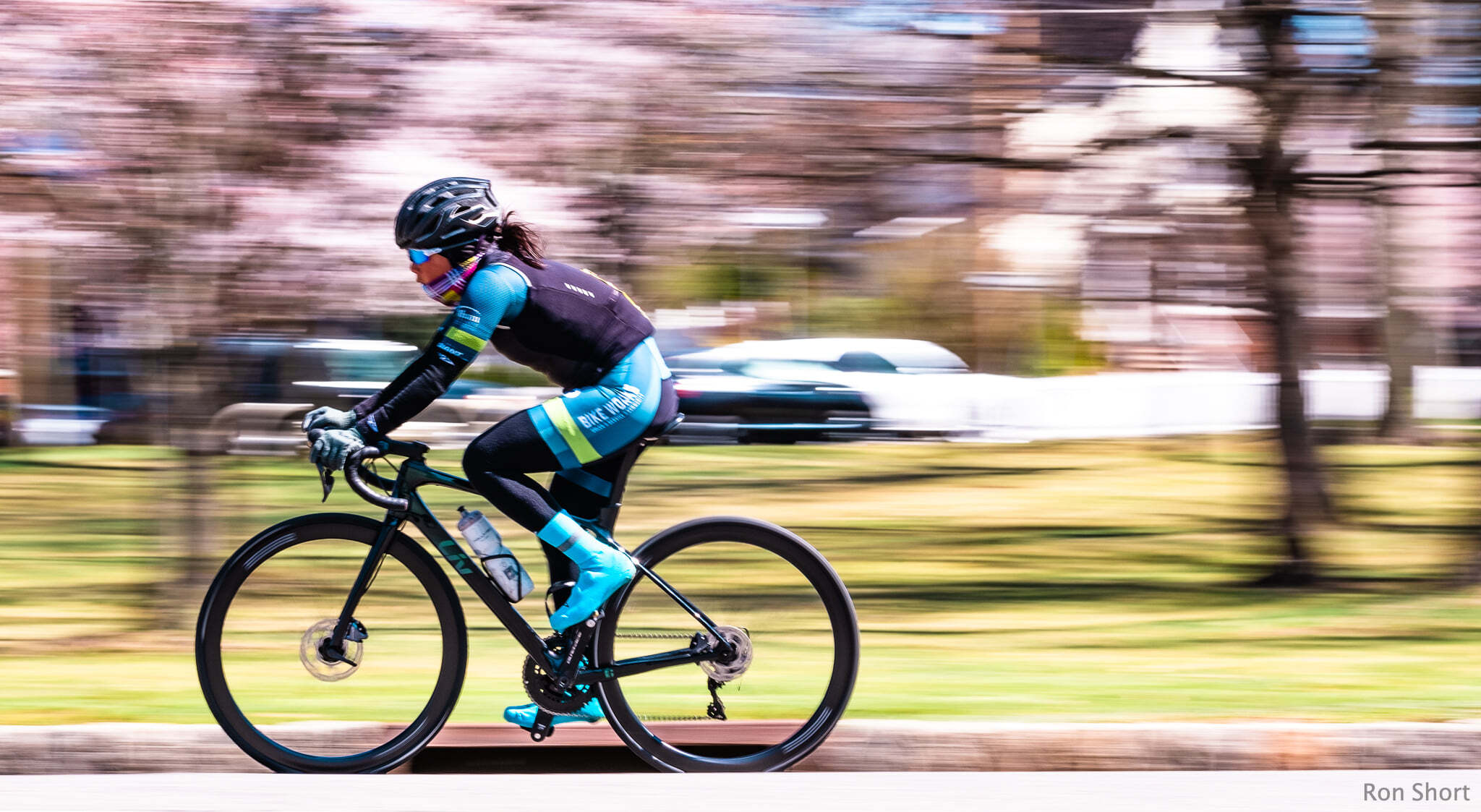 Chonger says Saturday April 3rd, 2022 in Essex County, NJ was a bit on the chillier side for the start of a bike race. We think you need to give her a break because she was on a brand new bike: the 2022 Liv Langma Advanced Disc 1+ and she's going to figure that out fast. Jessica joined our team during the pandemic influenced "bike supply crisis" and it's AMAZING to finally put her on a team bike from our friends at Liv Cycling, the only brand devoted to women. In just a few short weeks, she's going to gain a teammate and then .. look out women's bike racing world! 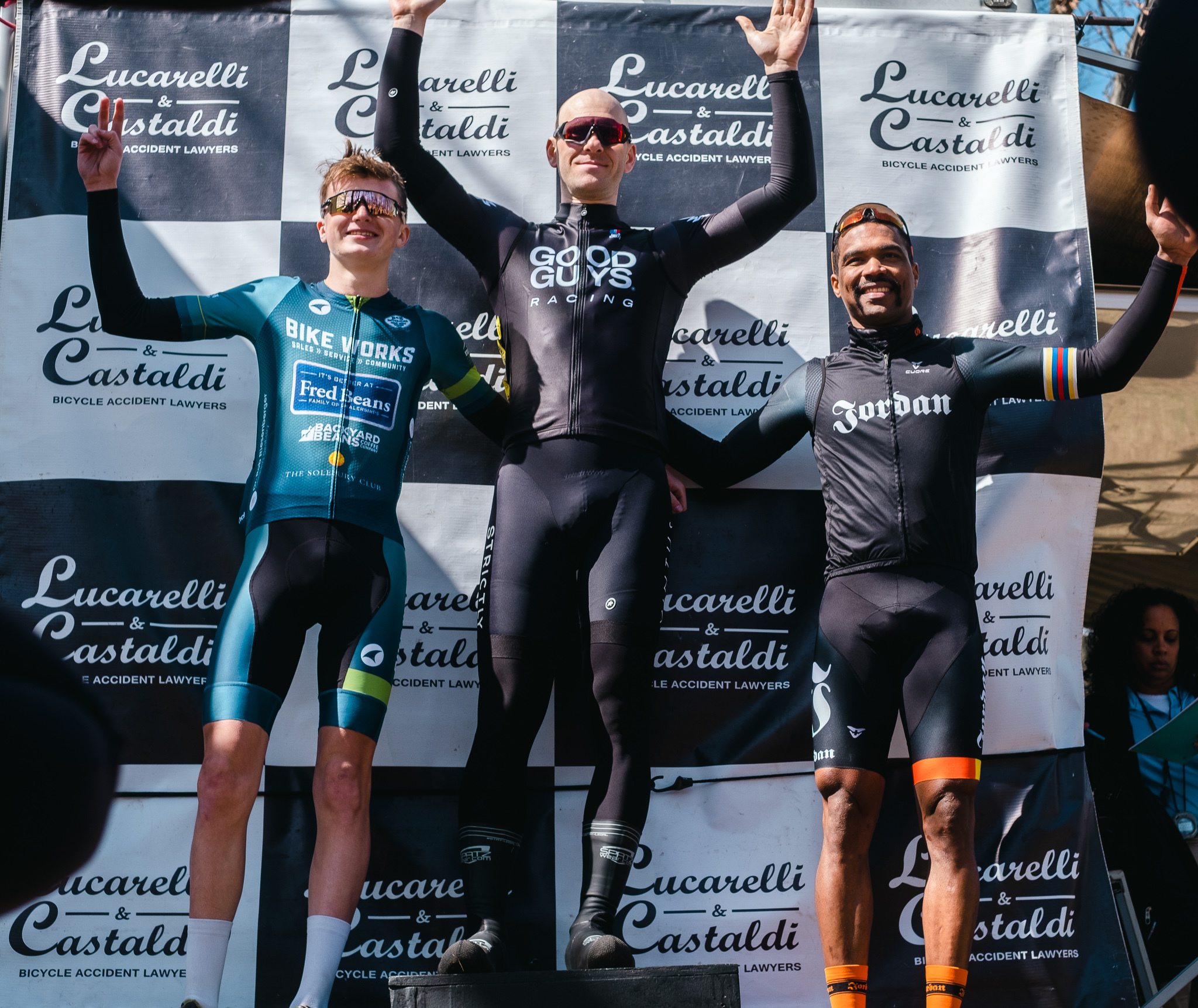 In the amateur races we had just as amazing participation and results. Alden Weinhold (Doylestown) finished 5th supported by Stevie Szabo (Doylestown by way of Arizona) and Master's 55+ racers Michael Bowe (Doylestown) and Rob Beighley (Buckingham).

Stevie Szabo (Doylestown) in the pack at the Men's 3/4 Race at the Cherry Blossom Criterium. Photo: Ron Short